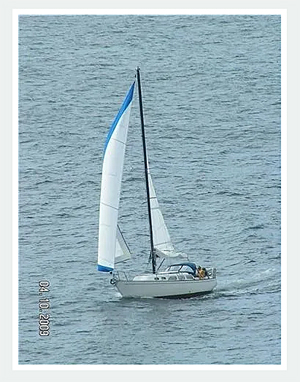 Okay, maybe it might only take these two sheets, and not three sheets to the wind; but, the lasting impression is still going to be made and linger a long time. I still recall coming up the East River in New York Harbor, with a female sailor and her 60-foot sailing yacht. She deliberately tacked the boat, heading back into the Atlantic. That’s when “keeling over,” water lapping my dry toes, when I went from a sitting position to a standing position (not on my own volition) created my lasting memory. Joke (and thrill) was on me!

Drawing Board for Orchestration

When at Belvedere Winery, I was delighted to create a lifelong lasting memory. As the communications coordinator in the 1990s, I suggested – then actualized – a national sales meeting, in 1996. It was a smashing success. There was no social media at the time, like now, when we could easily look up great, shared marketing successes. Then, It had to come from our heads and our hearts. I know I was a bit innovative, for smaller wineries, but I went for it. I took the sales and marketing to a place being above and beyond, as the attendees later shared.

When at Belvedere Winery, I was delighted to create a lifelong lasting memory. As the communications coordinator in the 1990s, I suggested – then actualized – a national sales meeting, in 1996. It was a smashing success. There was no social media at the time, when we could easily look up great, shared ideas on social media.drenched social media sharings. It had to come from our heads and our hearts. I know I was a bit innovative, for smaller wineries, but I went for it. This was due to a time without the . I took it to a place being above and beyond, as the attendees told me. 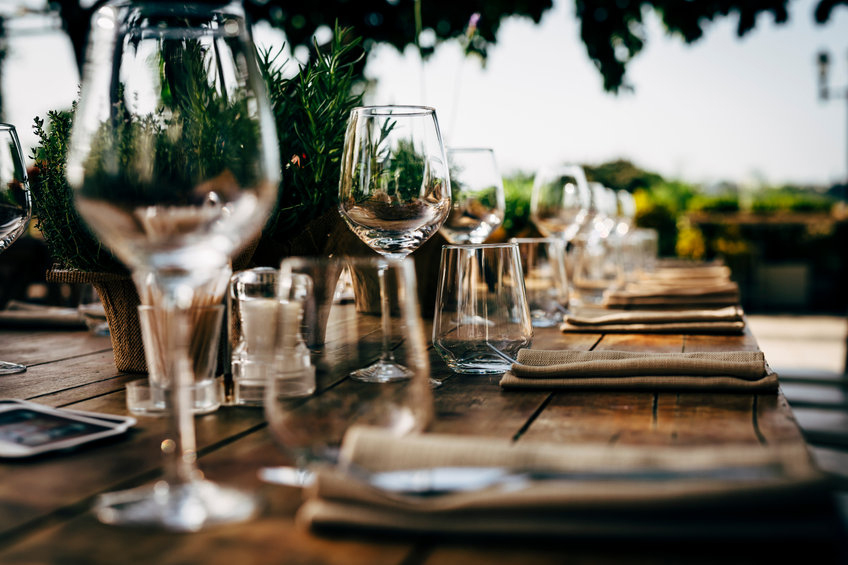 Digressing, so stay with me, there’s great water involved. Born, raised, and actualized a lot before I left Maine, water was just a way of life.

One example: I organized and directed a Girl Scout Day Camp. I took it from 40 campers and leaders my first year; the second year had 87 people, and the third year had 200 kids and 50 adult leaders. I worked on every aspect of making it the best possible experience, for as many people as I could successfully manage, for three straight years. I originally moved it from a small Turner, Maine lake (where teenagers drank on weekends and smashed beer bottles… and probably still do), to the Boy Scout lake property in Sabattus, Maine (God bless them, they gifted it to us). It taught me all I needed to know about marketing.

So, creating a national wine sales meeting for 20 people, 15 years later, was a cakewalk. Every detail in any event has to be the best-ever, if it is truly going to stay a best-ever memory. And, innovation was and still is critical.

Now comes the best “gee-I-wish-I-thought-of-that” idea, and I wish I had thought of it a long time ago, too.. If you’ve already done this, that’s so great! Let me know! It’s great stuff to write about. 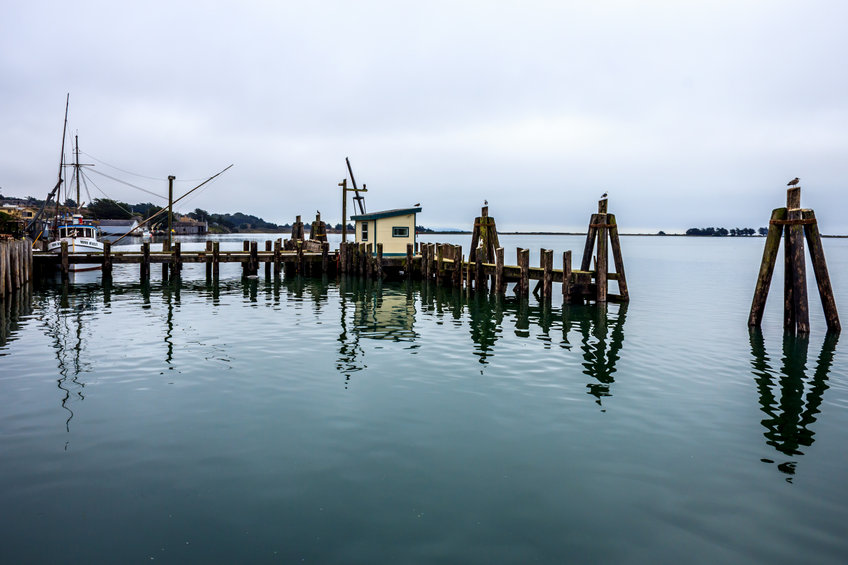 [PHOTO CREDIT: mikeobiz: Docked vessel in Bay of California with Bodega Sea at sunset, on the North Coast. All rights reserved]  From the photographer: Calm morning landscape with fishing boats. Bodega bay is a popular transport destination. Docks and traps of Bodega Bay in California. Calm sea, Bodega harbor port in morning.] 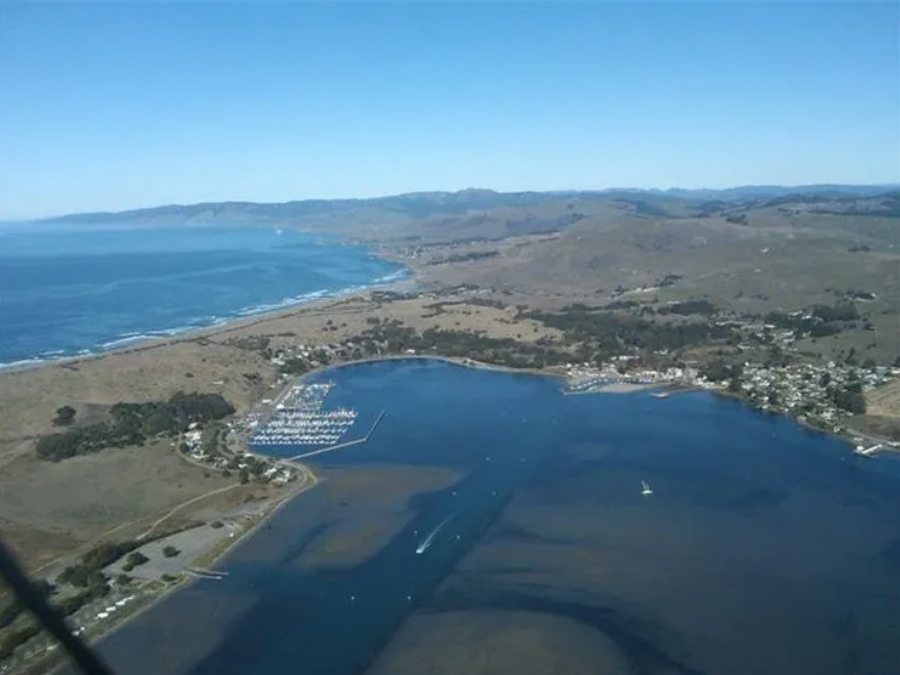 [PHOTO CREDIT:Bodega Bay Sailing] This is Bodega Bay, the bay in this story. It helps to understand that there are some still waters within the bay, before you venture out for a quick view of the Pacific Ocean and its mighty powers.

Meanwhile, for most people in Sonoma County, the coastline is about 35 miles due west, for instance. But here’s the thing, it doesn’t have to end at the shore’s edge. Com’mon, let’s go way out here… See the channel… like, sailing Bodega Bay? After a winery meeting with key people, take a fairly quick chartered ride to Bodega Bay. If you can take the road through Occidental, it’s a bit slower, and you go through the town of Bodega Bay. Imagine pointing out the school house and church, to Alfred Hitchcock fans. (You could also work the movie into your meeting plans.) The, once you arrive dockside, it’s all about the water and setting sail for three precious and amazing hours. What an adventure, pre-sunset; and, what a lasting memory! 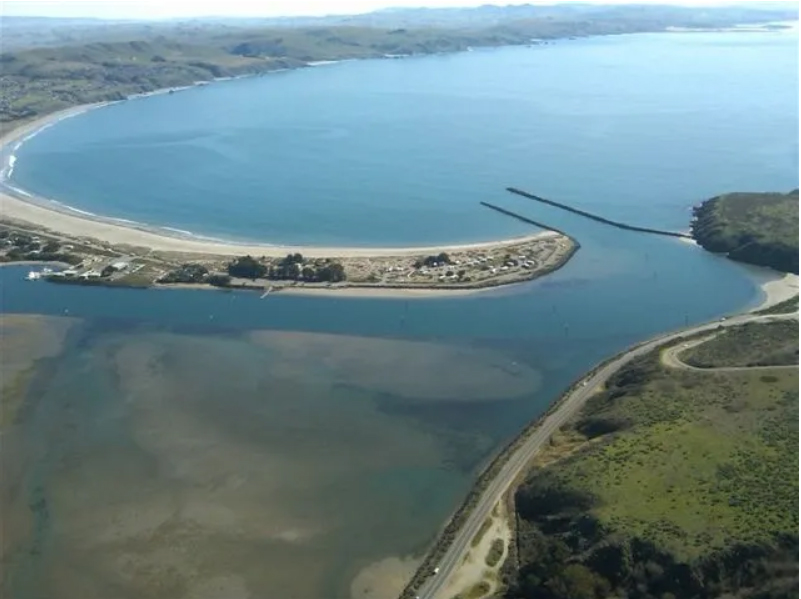 This idea just came to me, after I got off the phone with Captain Richard Crumley, for something else I was writing. And, how it came to me is that Rich and I got talking about sailing. I told him of my Atlantic Coast adventures and had sailed there. Rich is ebullient about his sailing adventures. If I were on a boat, I know it would be great fun. He’s invited me to sail with him, and bring guests. The sailboat is a 30-footer, with a license for six other passengers. So, that’s incredibly special, and I’m savoring the upcoming adventure. 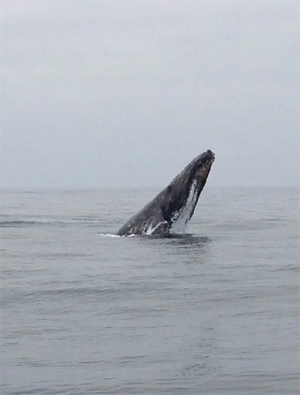 [PHOTO CREDIT:Bodega Bay Sailing Whales in wintering, more curious than in breach mode, in this shot]

Rich is a seasoned sailor, people, and that’s who I’d want to take me out to open Pacific waters.

On Rich’s Bodega Bay Sailing Website: “I started Bodega Bay Sailing in 2006 after showing friends the beautiful Sonoma Coast line. One out of town guest said it was the “best day of their life.” I started sailing as a kid in Southern California. I worked as Park Ranger in Bodega Bay for 13 years and I can point out local flora and fauna. I have sailed from Hawaii to San Francisco (2007) and took the boat with my family to Mexico in 2014/15.”

The sailboat allows for six people on board, and you can bring a picnic, wine, etc. Go during the day  or on a late afternoon cruise, and simply head out…In a national sales meeting, so much has to get done, and at best it’s educational. This is a great incentive for your best performers, who you want to wow beyond their wildest dreams, all in a very special, small setting, for the same amount of money that you’d spend with a night in a restaurant with many courses and wines. (Secret: Leaders tend to like more simple and thought provoking happenings.) 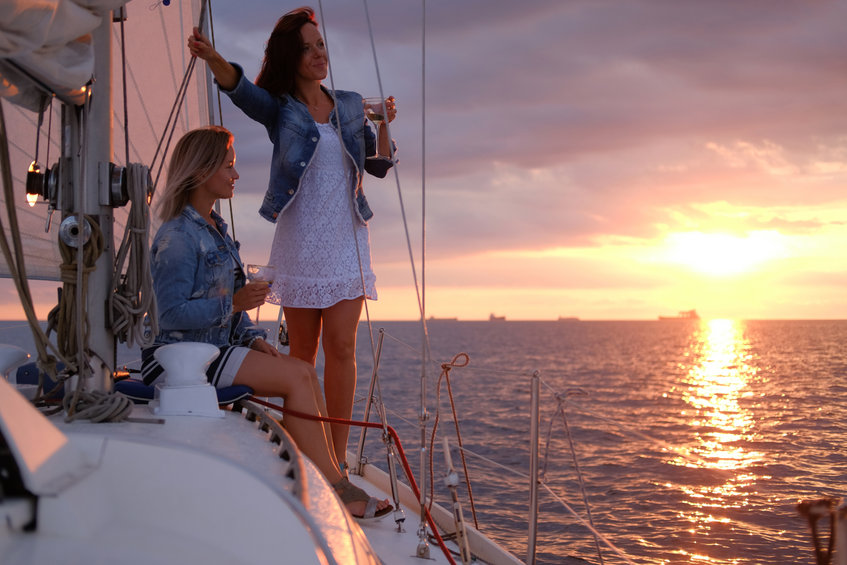 For frequently asked question, Captain Rich has the following advice:

Captain Rich started Bodega Bay Sailing in 2006, after showing friends the beautiful Sonoma Coastline. One out-of-town guest said it was the “best day of his life!”  Maybe it will be for you, too! 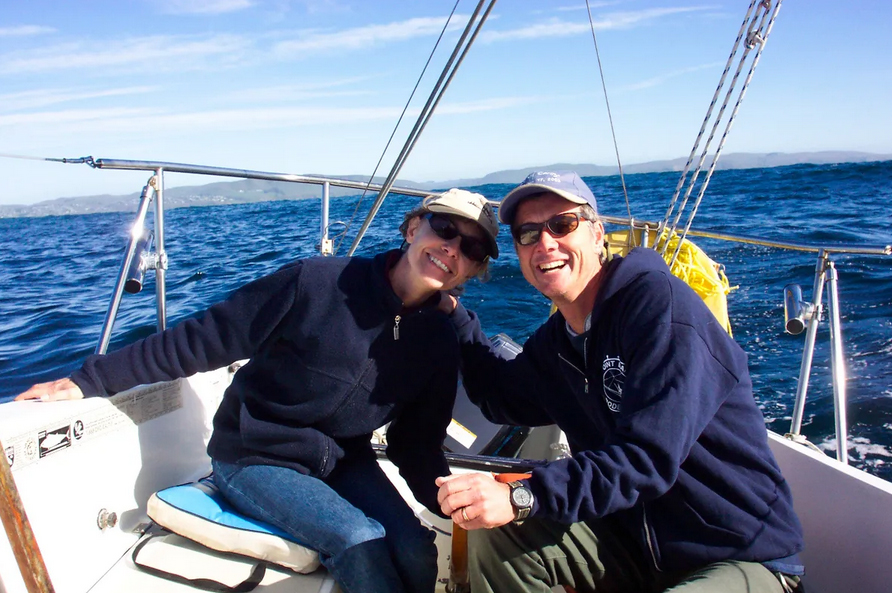