Foppiano: Before, During, After, and Today ~ Mastering the World of Wine

She said, “If anyone can write about Foppiano Vineyards, Jo, you can.” This was said to me by my friend Lorraine Raguseo, who’s now part of their team through Quintessential Wines. And, she’s right. At this point in time, besides the family, I believe she’s right. 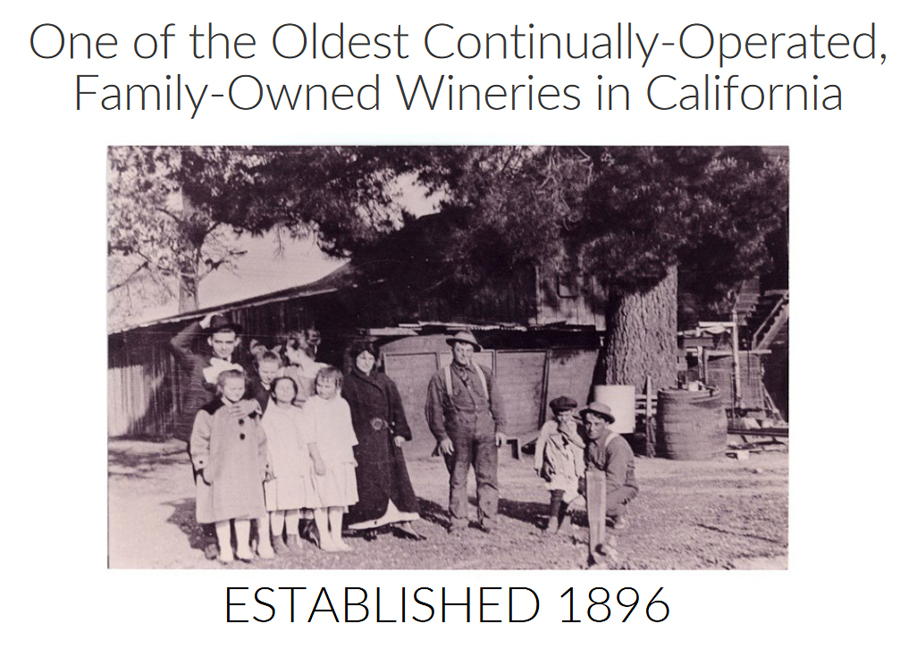 Foppiano Vineyards was founded in 1896, by Giovanni Foppiano.

When I began consulting with them, in 2002, Louis J. Foppiano was still alive. He was a rapscallion, putting it mildly; yet, that’s what I found endearing; although debatable, within his immediate family. (My father was also hard on me, so I understand the dynamic.) Louis J. had a deep commitment to his family name. He also made sure that generations into the future, would continue the farming, wine-grape legacy. His children meant everything in the world to him.

Each day I’d visit the tasting room, where there was a large calendar on the office countertop. And, every day, “Senior” (how I always referred to him) would write the current weather, sometimes I’d catch him in the process. There was a lesson in that one: he could talk about any harvest, from any year, on this ranch. 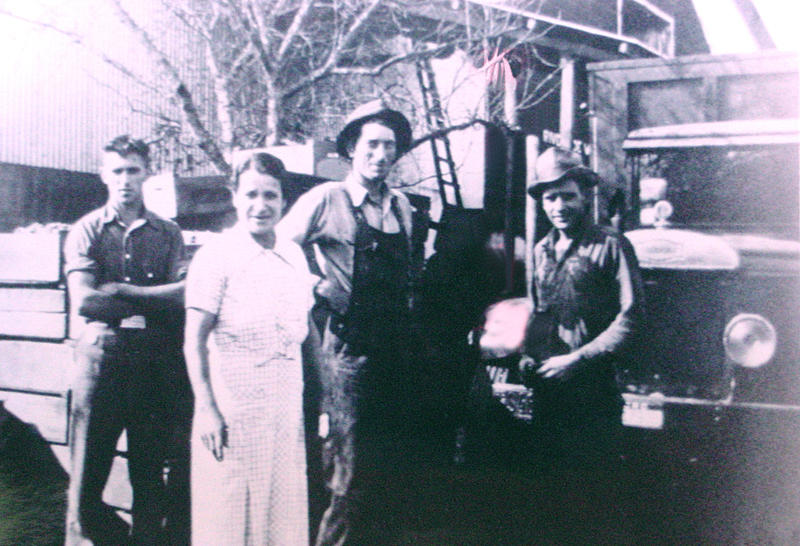 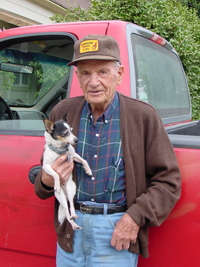 There was that Red Truck of his. His family told him (now into his 90s), he couldn’t drive it any longer on Old Redwood Highway, the main drag leading to and from the winery. Ultimately, it didn’t matter to him, because he could still go back and forth, from his home to the winery and back again, through the vineyards… knocking out a few vines on occasion. And he got some pretty good dents in the side of his pick-up. But, here’s the thing… He showed up each and every day, until perhaps his last few. A Sonoma County pioneer, Louis J. Foppiano died at the age of 101, because he loved his work, his family, and making wine.

I love his memories of great courage; he lived through Prohibition, the Great Depression, World War II, and on and on. 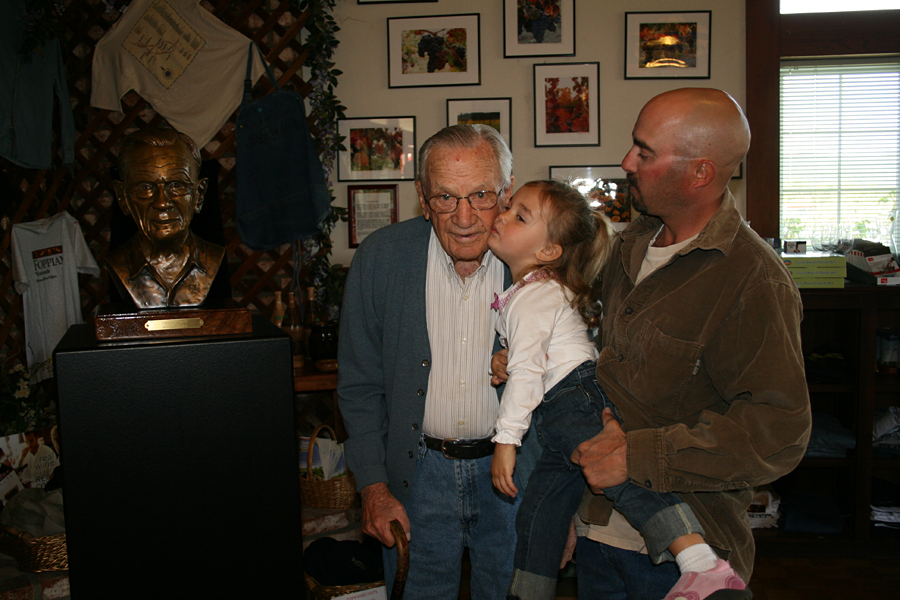 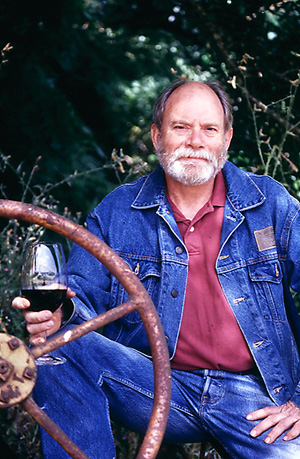 Working for the family was an opportunity of a lifetime, as I got to know each family members:

I saw a lot, I enjoyed a lot, I got them copious amounts of publicity, began and managed their famous Petite Sirah Symposiums, and got the endorsement to initiate PS I Love You. It was such a high. Foppiano Vineyards has a rustic character, filled with its guts and glory of the past and its down-to-earth homeyness. The day I took this photo of Louis M (pictured), we went walking down to the river’s edge, and he gave me a detailed history of every piece of the vineyard property, along the way.

The family was growing. Louis had wings on his feet traveling the world. He deserved to travel, based on how hard his Father had worked him at the winery, for a good, long time. Susan loved being in her red Caboose office and putting on events. And, then Paul got married to Jacqui, and had Gianna.

When Louis brought in consultants, I was replaced, as is pretty much usual with consultants. When one door closed, many more were opened; my history with the family catapulted me forward, while savoring the great run I had had.

Favorite “during” memory: When we were having one of the Foppiano Petite Sirah Symposiums I produced at their winery, I had some great news for the Louises. There was a wonderful magazine at the time called “The Wine News.” I loved the big, glossy magazine’s details to the absolute highest quality images and stories… And, there it was within, a spectacular story in The Wine News, about Petite Sirah. The focus was on son Louis M (son), not Louis J (father). I had one happy guy and one furious man. Senior was having a hissy fit.

After so many years of having him always being on his best behavior, when I’d show up, I guess I had finally become family… He was so angry with me… and causing a ruckus at his table. I could see that it was making people around him a bit nervous. I had to manage this. I don’t know where it came from within me; but, but, I went to him, bent down, and whispered in his ear, in my firmest voice. “You just settle down. This day is for Louis (M). It’s an article in the Wine News, not in Wine Spectator. That one’s waiting for you and it’s coming!” And, I stood straight up, leaving him with the thought. He turned pensive, and hopeful.

I was in shock with what I had just told him. Where in God’s name did I ever come up with that one? But, I did and somehow believed my own words, even though no one had talked to me about anything regarding my assertion.

Never having made a white-lie promise – before, and now after – it was a doozy. Now what was I going to do?

Before I even had an answer to my own question, a copy of Wine Spectator arrived. Two weeks later, there it was on their very last (great real estate) page… there it was… a full-page image of Louis J. Foppiano, my lovable rapscallion. Holy Molly Cannoli… What a save! I just waltzed into the Foppiano office (I knew I’d find him there, writing on his calendar), gave Senior my copy, and heaved a tremendous sigh of relief. I next emailed Tim Fish to thank him, with a big smile on my face and a handkerchief to wipe the increasing sweat from my brow. 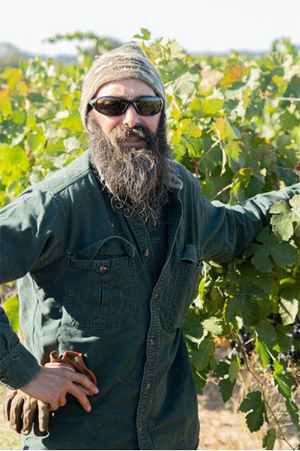 Foppiano Vineyards is one of Sonoma County’s oldest, continually operated, family-owned wineries. They’ve held onto a prestigious California winery history, as a founding winery dating 1896. Few have had such a hardworking, dedicated “to wine grape farming” family. Today, Rob McNeill (vice president and GM) is leading the parade, while Paul Foppiano has surrounded himself with key players to keep the lamp lights on. According to Paul, from their Website:

“When Paul’s passion for viticulture first kicked in, he went to work with the Demostene Family at nearby Sausal Vineyards in Alexander Valley. Third generation viticulturists, David and Ed Demostene were eager to share their vineyard knowledge with Paul. ‘At a time in my life when I was really eager to learn, they taught me a lot about farming, and I respect them tremendously.’”

When you head out there, on Old Redwood Highway in Healdsburg, you’ll most likely find Paul behind the wheel of his tractor, living among the vines. He knows his stuff, and I’m just delighted to have watched this family so closely.

Louis retired from the winery, handing down the reigns to Paul, with Paul’s cousins also having a voice in the winery. It’s still a family affair, minus the few who have passed, from this continuing family outline.

Since this is the holiday season, I’d be remiss to not suggest this as a holiday gift for your favorite wine lovers. Since the first day of Christmas is December 25, we still have 11 days of Christmas remaining (from the 12 days of Christmas). Who knows? You could start a new tradition. I highly recommend studying about wine with Evan Goldstein. It’s the turning point for running around with an arrow, or simply pulling the bow string back, focusing, releasing that bow, and hitting a bull’s eye! Evan’s got it all; he’s very knowledgeable, is a great explainer, and one of the nicest guys you’d ever want to meet. He makes learning about wine a blast.

Foppiano Vineyards’ winemaker is Nova Perrill. He and Paul are two interlocking partners, consulting each other on each aspect. When they need a PR boost, they call in experts. This time it was Master Sommelier Evan Goldstein.

Evan was a great representative, for showcasing the Foppiano current vintages. The tasting was billed as “A family epic full of tradition, perseverance, contributions to the history of Sonoma County, and the wine industry…” and I was invited.

Evan’s company Master the World, first blind tasted Foppiano’s wine to evaluated which wines to focus their attention. About what they chose: “This Foppiano Vineyards line-up has been curated by our team of Master Sommeliers, for a unique and focused tasting experience, to develop your palate; while honing your skills in evaluating wine.” This is their “speak” for any of their tastings, be it trade or media. Since this tasting was with a group of wine writers, we pretty much tasted ahead of time, to easily connect all of our dot, while on ZOOM. Foppiano’s best foot forward and down-home fantastic, these are the wines we tasted:

This isn’t the end of this story, not by a long shot.