As mentioned in my first story in this series, Chilean Wines that Collectively Underline Chile’s Historic Commitments, I’ve entered into a process of learning… so welcome, if you’re learning, too.  This story is composed from the following:

“Chile is, and always has been, an international leader in the field of sustainable winegrowing. This year, Wines of Chile has launched the first ever Sustainability 365 campaign highlighting the commitment of local wineries in all areas of sustainability – Viticulture, Vinification and Bottling, Social and Wine Tourism – each and every day of the year. Celebrations for Sustainability 365 will take the form of many different activities including virtual tastings, influencer programs, Instagram Lives, social media and retail promotions.”

From Chile Travel: “One of the country’s most famous valleys, the Colchagua Valley, set at the heart of the central valley, is the icon of wine production in Chile.”

And, from Wine-Searcher: “The Colchagua Valley boasts a textbook wine-growing climate: warm, but cooled by ocean breezes and dry, but refreshed by rivers and occasional rainfall. The region’s desirable terroir, combined with persistent, focused marketing has made this one of Chile’s most important wine regions, along with Maipo Valley in the north. Several of Chile’s most prestigious wines come from the Colchagua Valley…The official Colchagua Valley viticultural area stretches south-east to north-west for 70 miles at its widest point. Its western boundary is formed by the coastal hills which seem to run the entire length of Chile’s vast Pacific coastline. In the east, the vineyards are naturally limited by the foothills of the Andes, into which they creep further and further each year.”

Cabernet Franc is one of my favorite wine grapes. Many people don’t realize it was Cabernet Franc that was crossed with Sauvignon Blanc, creating Cabernet Sauvignon. I just love it when someone mentions, for instance, that Petite Sirah is not a true wine grape variety – because of its crossing. The supposition is that having been crossed makes the resulting wine less credible than other parent grapes varieties… So, I just explain the example of the crossing between Cab Franc and Sauvignon Blanc. There is really no better example for comprehension. We’re each a crossing of our own two biological parents, and yet we’re an entirely new identity. For me, Cabernet Franc contributed the full-bodied richness and tannins – besides the obvious red color – in Cabernet Sauvignon. 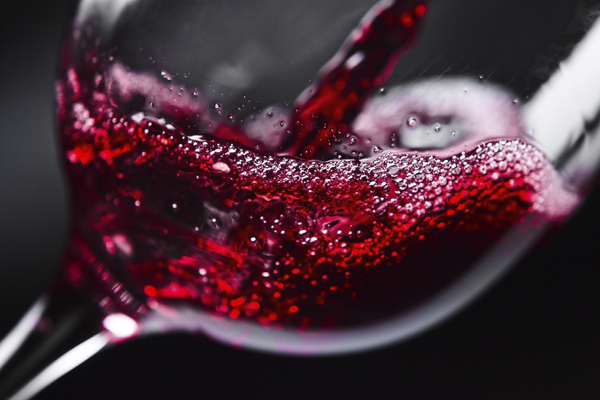 The Viña Maquis Gran Reserva was the first wine I wanted to taste, of those pictured above. The Cabernet Franc 2018 was a welcomed “Wow!” It’s ripe and rich with pluminess on the front end. With lots of finesse on the back end, I got a slight flavor a chalky mint lingering, with a hint of savory bell pepper.  (Remember, each of us has his or her own palate, so this is just what I got.) Truly a delightful bottle of wine. It’s a bargain for all of its elegance. Cabernet Franc thrives in a bit of a cooler climate, so being planted in the Maquis’ terroir is a perfect wine to be growing at this Chilean winery’s unique viticultural area.

History of the Maquis Family 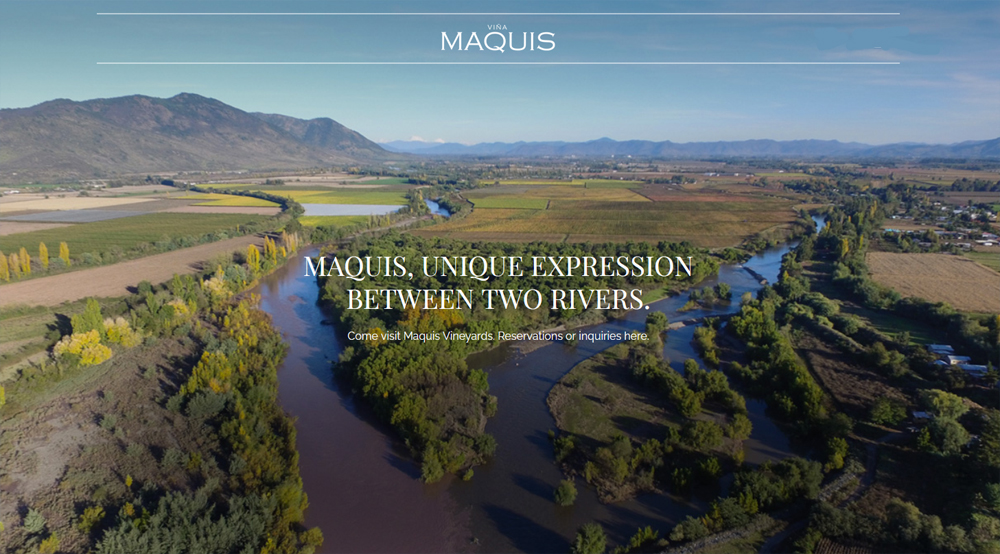 The Maquis Family is one of the oldest wineries in the Colchagua Valley, by the way, and has been owned by the Hurtado family for four generations. The following is on their website about the family. It’s so insightful about the dedication and caring for quality from this family, it’s a great read. I’m giving credit to them for allowing the use:

Viña Maquis has been associated with the production of noble wine grapes since the XVIII century, when it belonged to the Jesuit priests.

During the XIX century, Maquis was owned by two Chilean presidents who felt proud of their property, organized some cabinet meetings in Colchagua, and built brick bridges for their ministers to come. Remains of these old bridges are still present on the Maquis Estate.

In 1916, Maquis was bought by the Hurtado family who wished to develop a fine wine business.

The building was one of the first to be made of concrete in Chile. It was built in 1927 by the then-owner and engineer Ignacio Hurtado when he was 23 years old, right after leaving engineering school.

In 2002, after several years of refining the management of the vineyards, the Hurtado family built a new winery designed both to facilitate wine production and to enable the expression of the characteristics and personality of the grapes in the clearest way possible.

Much of the work is done using artisanal methods because for many stages of the winemaking process, even today, no machinery can provide the degree of quality and care achieved by a passionate and professional team.

Family member Ricardo Hurtado is both the executive director and winemaker at Viña Marquis. His professional training was in both London and Santiago de Chile. In South America is where he studied Engineering in Agronomy; and, later, Ricardo studied Enology.

After completing his studies, he worked in winemaking at the Charles Krug Winery in the Napa Valley, and at Chateau Branaire-Ducru in France. Later, he returned to Chile and served as head of the development department, for one of the largest suppliers to the wine industry in the country. In 2000, he assumed the General Management of Viña Maquis; and, from 2005, of Viñedos Calcu. His participation has been vital in the elaboration of a portfolio of high quality Chilean wines from the Colchagua Valley. Since 2019, Ricardo has served as executive director of Viña Maquis and Viñedos Calcu.

It’s interesting to note a background that is so accomplished.

On this YouTube video, Ricardo Rivadeneira Hurtado shares the winery’s youth generation, experiences, and his passion for quality in all aspects of the winery, which includes the development of their unique wines that reflect the best of the terroir and its strains.