Gaia, the Primordial Earth or Mother Goddess, You Can Drink on Mother’s Day 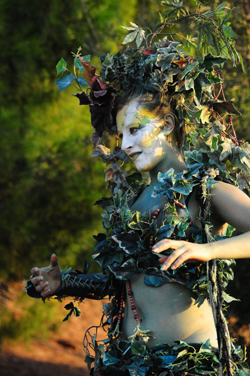 Mother’s Day: My mother has been gone for a long time now. I remember the day well. I had gone back to Maine, making that really difficult decision: Do I see her once more in life, or do I see her after she’s gone? It was really that fragile. When I arrived, her exit party was waiting for her on the ceiling. My family knew about it when she asked them, “Who are all of those people on the ceiling?”

We all knew about cousin Paul. During his transition he asked, who are all of those people on the top of that building, pointing. His wife saw no-one. He was being pushed in his wheelchair, out for a bit of fresh air. This was just before he departed.  So, this wasn’t new for us…

Mom was in hospice and I headed to her room. When I showed up I said, “Hi, Mum!” Surprised, she said, “Well, you never know who you’re going to meet.” I was honored to be considered one of her angels, and smiled brightly. Maybe I was one of earthly angels… probably was. I stayed for as long as I could in Maine, and then had to returned to California. A couple of days later, she was gone. That day I thought to myself, “there’s only one day in our lives when our mothers pass, and this is it.” I took a deep sigh.

My heart was aching and I went outside to get some flowers to soothe my crumpled soul. I couldn’t see or call her anymore. One the edge of our property at the time, we had some gladiolas. One beautiful one was on the neighbor’s border. Who knows who could claim it, but I felt entitled that day until my neighbor came out, as I was picking it. When I told him why, he just bowed his head. I’m teary just writing this. She was a good mom and has been gone since June 2005, so I’m better able to handle it.

Today, it’s now my children who honor me.

And, this year I’ve ALSO been honored by the Bousquet family

The lovely Bousquet family hails from the city of Carcassonne, in the South of France. They have four generations of history in the winemaking tradition. Their passion is to produce wines of superior quality. And, this is what lead them to Argentina, to begin their new chapter.

I met Anne Bousquet (CEO and Co-founder/Partner of Domaine Bousquet) a few years ago. She shared her story with me.

Prior to joining Domaine Jean Bousquet in 2008, she worked as an economist. She began by performing forecast analysis, for the European paper packaging industry. As she tells it, she then “joined the [family] company to assist in financial planning, day-to-day operations management, and business development.” She’s a brilliant young woman who has her Master’s Degree in Applied Economics, from Saint Cloud State University, in Minnesota; and, earned her Bachelor Degree in Economics, from the University of Toulouse, France.

Anne’s extremely well rounded, and has the great ability to manage her family’s company. Many successful companies I’ve worked with have this important component. Art and science are fabulous in winemaking, but then knowing how to manage the farm-stand locks in the longevity success. It isn’t in every generation of winemaking that a family has this kind of insight. European influences seem to really lock into this one, due to their extensive generations of being into winemaking and knowing how it successfully works.

A #Sample bottle of their newly released 2020 Gaia Pinot Noir Rosé was sent to me, for my review. Already familiar with their Gaia Wines, I was very excited to see where this one sits in their portfolio, on their delicioso scale, and it’s right at the top. They just make fabulous wines and it’s such a treat to taste, evaluate, and then enjoy until the last drop in the bottle has gone into my glass.

The debut-vintage of Gaia Rose 2020, New from Domaine Bousquet. This one is made from 100 percent organically grown, Pinot Noir grapes. Since Rosé wines have become super popular, any mom – including me – will love this wine. I’m talking Mother’s Day people.

It’s like bringing flowers to Mom, and she might even share it with you! Then, you can both smell it’s delicious bouquet!
It has a beautiful peach/rosé color. The aromatics are also of a peach/rosé. But… WOW, flavors of strawberry compote. I felt it would have residual sugar at first on my palate, but I was so wrong. It’s pleasantly quite dry, which will let me enjoy it with foods that have a bit of sweetness, for a total taste explosion.
The vineyards for this wine are grown in a high altitude of the Uco Valley region, of Mendoza Argentina.

You’ve got time to find it for this Sunday. It’s one of the most beautiful bottles out there. Should be easy to find. Happy Mother’s Day to all mothers! I’m toasting to my dearly departed! Cheers!

And, my #mothersday weekend has officially begun.

If you’re looking for something for mom, the artwork has mom right on the label!

In Greek mythology, Gaea (or Gaia), the primordial earth or mother goddess was one of the deities who governed the universe before the Titans existed. In the creation myth, Chaos came before everything else. He was made of Void, Mass and Darkness in confusion; and then earth in the form of Gaea came into existence. From “Mother Earth” sprang the starry heavens, in the shape of the sky God Uranus, and from Gaea also came the mountains, plains, seas and rivers that make up the Earth we know today.

Gaea first appears as a character of divine being in the Homeric poems, in the Illiad, black sheep were sacrificed to her, and people were declaring oaths to invoke her.