It eliminates heart and soul… I’m still thinking about “Napa Valley Beyond the Fires, Small Family Farms Are Bureaucratically Being Squeezed Out.” Lots of people who are well-to-do, become land barons. It’s where the money naturally goes, building castles in the sky; and Napa is where everyone into glamour wants a piece of the pie…

In my personal history, I’ve watch substantial money being handed down and its process through generations (the wisdom of age), that’s really been happening since the beginning of time. If you enjoy history, you love digging deep. I’ve done it within my own lineage, dating to 1622.  It’s fascinating to read a history that is exclusively yours.

So, now I’m looking at Napa Valley. Having read Old Napa Valley: The History to 1900 by Lin Weber, I read about the players, who was funded, and why. Some land just got gobbled up.

Anyone else who visits Napa Valley, and has great memories of visiting Yountville, for instance, can begin to put all the names of the region together with the history that created it, and anyone who loves history, will find this a detailed read.

Then, it settled in for a bit. I’m ever so thankful for my stint at Robert Mondavi, when I was allowed to dig deeply. Among Christian Brothers, Charles Krug, Robert Mondavi Winery, and Beaulieu Vineyards, it was a new time. (Others, too, but these have their own quiet farmer stories… What a dynasty existed, but, that still allowed others to come into the valley, because all of the land wasn’t already gobbled up.

As I contemplate Napa Valley and how the “little guys” were – and some seeming still are – always fighting those coming in with more resources, and actually taking over in some instances, with no regard for their neighbors, it’s heart-breaking. I reached deeply into my soul for this one. Some empires, built on history, will pay all due respect to those who are in the lineage, related or not. Preserving the name is very important. Why? Because they’re ALREADY BRANDED. Buying a winery doesn’t mean that you know about marketing. I’ve had so many professional experiences with this one.

There’s one winery I recommended, once having but purchased by a corporation, “Don’t get rid of the established figurehead,” I said. After they no longer needed my services, they did drop the history. Then, they held tight with the brand, eventually someone new coming in. Alas, it’s for sale. 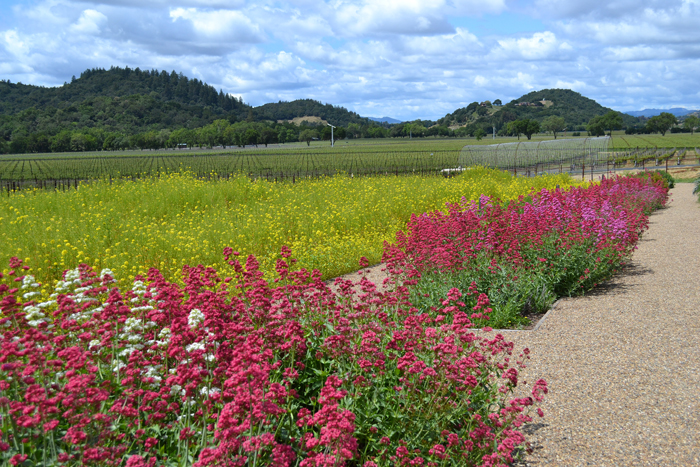 You Can Buy Land; You Can’t Buy Empathy

Okay, a bit controversial: when the nouveau rich come in, forget about it… (Because “new” money doesn’t always preclude history; but in some cases, it really does.)

They didn’t get their money handed down to them, in a caring way, so there goes the neighborhood. They have no reason to care. They buy, they dream big, because they have an exorbitant amount of money, and just take over. They get into city councils, construct new rules. If only we could reach their hearts.

I had two great comments that I want to share, the issue at hand:

These are important comments, so think about this. HOW do you want Napa Valley to be?

Land has been stipped in Napa Valley. If I’ve learned anything from the fire in Sonoma County of 2017… I lot of people in the hills of Santa Rose, most of those gorgeous homes were lots. The hopes and dreams down the tubes. What they got from insurance only covered the bare minimum, if it actually covered that much. They may have ended up owning, and can’t begin again. This is going to also happen in Napa. Over-extended lands are going to go through a metamorphous… Then there’s that other side of the coin; will some of these local billionaires grab the land and being to farm big, in the hopes of having the grandeur of Henry VIII?

We’ll witness the rebuilding, and I’m hoping that some of the charm that’s defined Napa stays in Napa.