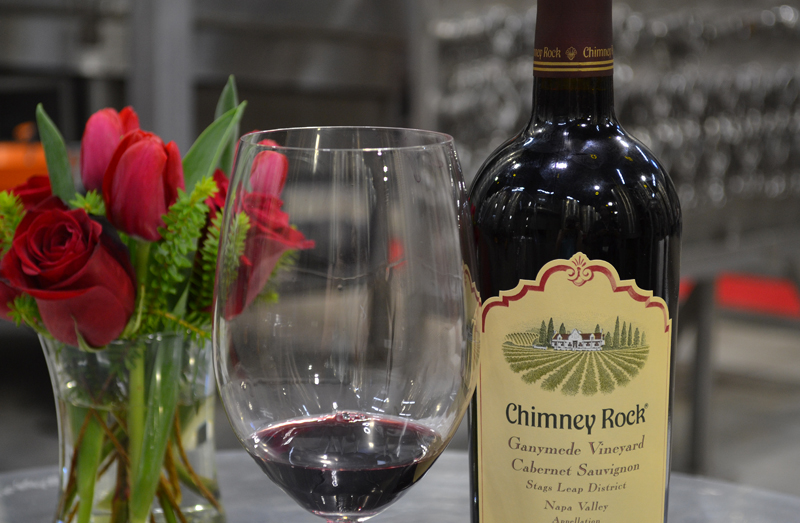 Thankful is the best place to start, because I needed a little jog.

Once upon a time ago, I wrote a story, Wine Review: Lucas & Lewellen Wines are Santa Barbara Delicious.

Readers may be interested in knowing that Megan McGrath Gates is the winemaker at Lucas & Lewellen winery. Megan was appointed winemaker in 2007, and Director of Winemaking in 2014.

I responded, just happy that I had finished another story, with so much on my plate:

Hello Lucia, Thank you for your comment. I have talked about Megan McGrath Gates, on April 29, 2020. This time I wanted to focus on viticulture, with Lewis Lewellen (her employer).

I’d been writing about Lucas and Lewellen for a bit, exploring different aspects of the winery, and trying to recreate its heart and soul. I also know the attention span of a blog reader. So I thanked her; but, wasn’t ready to add more to the story at that time.

Here’s what you really need to know and remember ~ Well acclaimed history professors, writing about female winemaking history with in-person interviews, facts, figures, and from around places in this world. Each woman was interviewed and telling it like it was and still is, through having conducted what must have been some of the most tedious and extensive, albeit enjoyable, moments of the authors’ lives.

The foreword was written by Zelma Long. From there, it’s very focused, purposeful, and an important resource for any research related to the world of wine, as it cohesively and historically begins each odyssey for each woman; the who, what, when, and where of it all, into the emergence of women into a traditionally male-dominated world. The farmers grew it and the farmers’ wives stood at the ready to sell it at the end-of-the-driveway farm stand. That’s as close as they got to having some control. For the world of wine; get educated, but expect to stay in the lab as an enologist. Once in, many women wanted more and they managed to have it their way. Following each story, there are similarities and some differences. 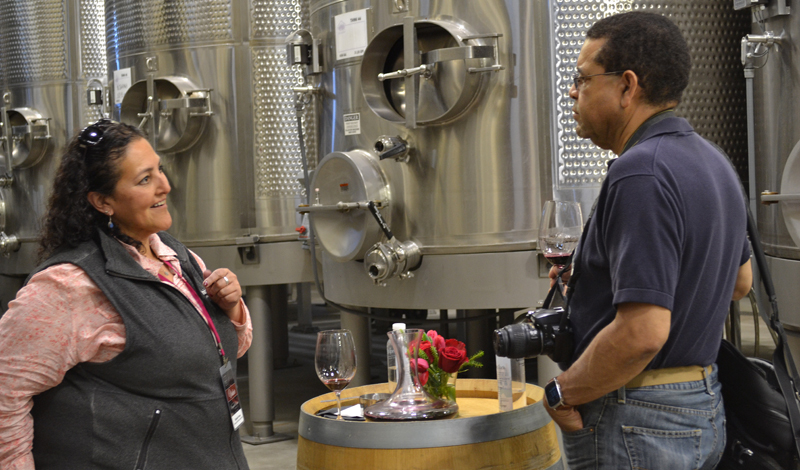 This book just draws one in…

After each introduction, bios were revealed, then how they emerged into their chosen field, and that burning question: Each woman was asked about working in a male-dominated field. The character of each woman seems to be just about the same, but not always for the reasons. That’s broken down into for unique entries.

I spent a lot of time reading this book, digesting it in small increments, holding each story as a parallel reminder of my own personal odyssey, because I’ve broken my own glass ceilings. I have lived through so many of the challenges. And, what it took to have each trailblazing woman to get where she was at the time of her early beginning to where she now is, rings true for me, too. Early achievement in a career is the springboard for personal success, as are mentors.

This book is a focus on winemaking women who have found themselves in a “man’s world” and their careers that have followed.

They explore pathways, and you’re along for the ride, somewhere in the world. You’ll discover the backstories for a lot of very influential wine people. Fascinating people have had similar experiences to discover who matches with which configuration.

And, so YOU think you want to be a female winemaker? Good for you and you can thank those who blazed through those doors. They paved the way and you may never even know it. Those who do know it, certainly get more out of life.

Again, as a research asset, there are five Appendices, a Glossary, and a brief story of Lucia Albino Gilbert & John C. Gilbert.

I’ve included my friend Elizabeth Vianna, winemaker at Chimney Rock. She’s one of my Napa Valley rock stars, and always a delight to see and visit.