What a charming little village Lorgues is, located in the Côtes de Provence region of France. This area bespoke France to me. It’s a region rich in viticultural history; and, is actually known to be the birth of Mediterranean wine grape growing. (From the Mediterranean Sea, the Romans entered France coming into this region.) 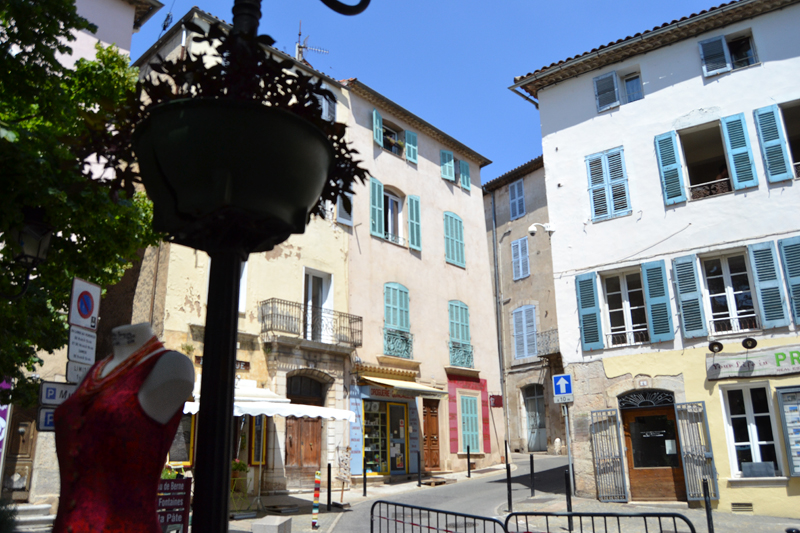 Provence is rosé country, my friends; delicious and delectably refreshing wines, and it was all mine for a day, before we headed south, going to Nice on the French Riviera, next. My first visit was to

Château Roubine Cru Classe, which I’ve written about over time. So, after this morning to mid-afternoon visit, we went into town. This is when I thought, “I could return to my French roots, here.” Franck Duboeuf said to me earlier in the week, “I hope you love France.” He was spot on, as it would be very easy for me to live in France, honoring my Bernier-Ouellette grandparents’ roots.

Just for a bit of background, this region is heavily influenced by its Mediterranean climate, being in close proximity to the Mediterranean Sea. It’s usually sunny, hot, and dry, varying with the sea’s influences; that is to say, depending on which way the wind is blowing. Its geology has complex, geological features. The makeup of its soils has a division line. In the northwest, the soil is limestone. In the southeast, the soil is crystalline.

Just before we went to Château Sainte-Béatrice winery, our van stopped in Lorgues. I got out of the van, and my heart skipped a beat. There (picture above, lower, left side) was a red, slim-fitting dress on a mannequin. I could go no further in the town, I had to find the shop attached to the dress. I’m NOT a shopper, being a bit of a minimalist. I’ve left many European cities and towns, and bought absolutely nothing. When I see something I DO want (anywhere), I’m unstoppable. And I had to have that dress. I think I had waited my whole life for KINOALO Collection; and bought the dress, but the shop owner couldn’t take credit cards. This is the only way I saw Lorgues. I had to run up the street, to find an ATM machine that would convert cash into Euros. I just made it back to the store and back to the van. Got it! Everyone was waiting in the van for me, and off we went (about two blocks) to Château Sainte-Béatrice. 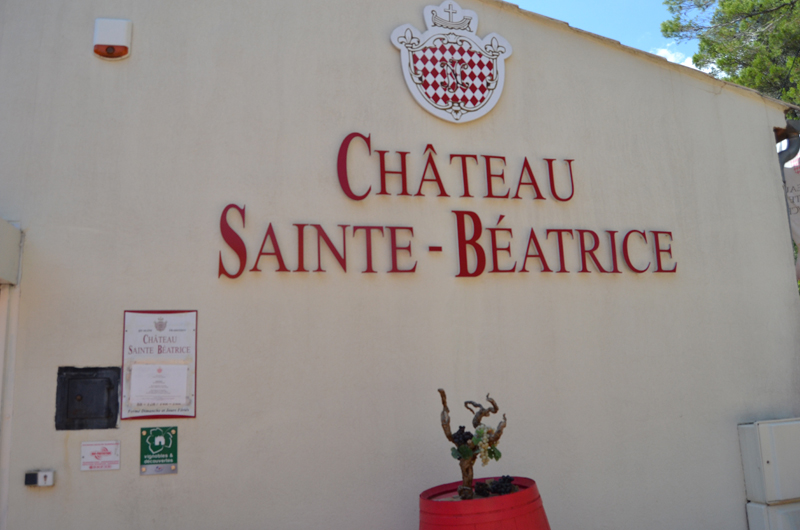 We were welcomed as we walked into the reception room, which was filled with historical viticultural and winemaking memories and artifacts. So many tools from a time nearly forgotten of Provencal objects. The exhibition with old tractors represents the evolution of cultivation equipment. Each winery visited, in the 10-day whirlwind tour, took great pride in their emphasis on historical artifacts. Château Sainte-Béatrice was no exception; in fact, it’s exemplary. Such a collection seemed to gather everything seen in earlier winery visits, and a whole lot more, in one location.

I’m just going to run a group of photos for you. In my next story, I’m going to write about Chateau Sainte-Beatrice’s delicious and refreshing wines.

ADDITION: This photo below had a comment worth sharing, because it paints more of an image of “then.” From JCP: the blue machine was used in the countryside before the tractors to cut the grass of the meadows and also to plow. it was pulled by one or two horses. My response in the comments area. 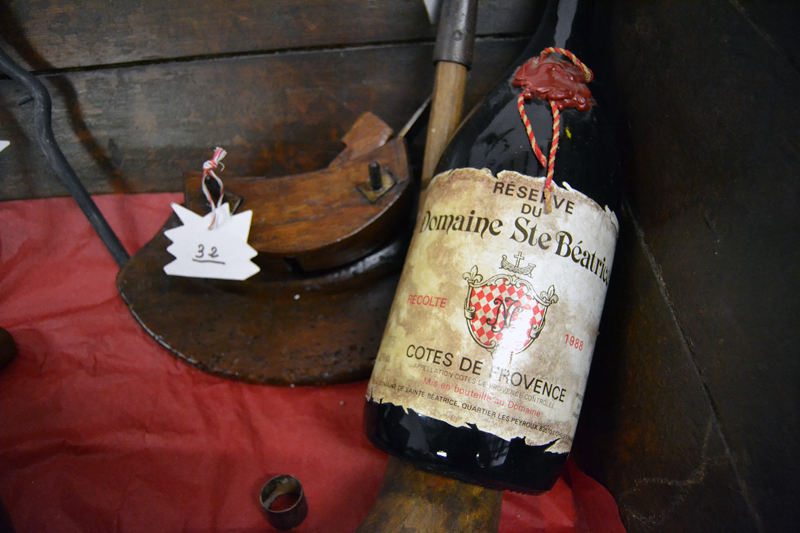 Réserve du Domine Ste Béatrice 1988, Cotes de Provence, oh so tempting, how would it have held up? (The fact that it’s not in a cool, 55-degree wine cellar chilling, lust no more. Still, great to see a wine over 30-years-old, though; right, huh?) 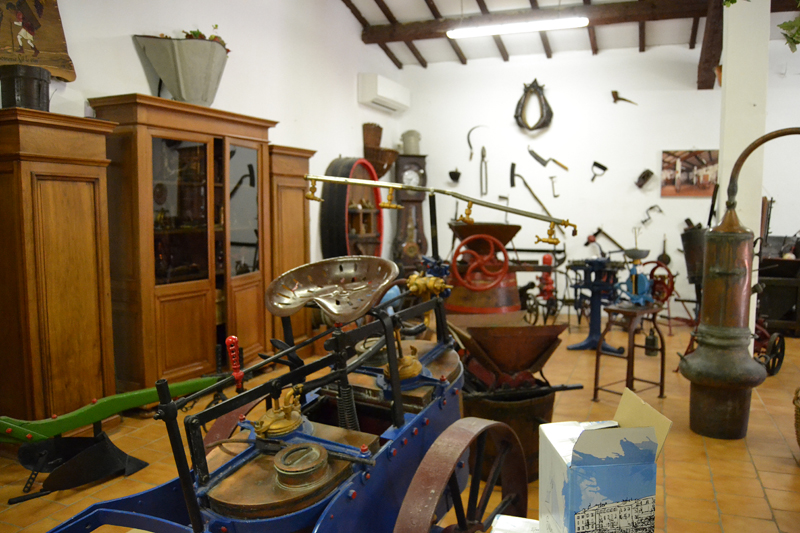 Mastering the art of selection… what to explore first? I had absolutely no idea what this blue machine below actually is. I was just one person in a group of nine people. It was impossible to steal our eductor away from everyone else.

So, I put it out to my Facebook Village, which has quite a few wine professionals in it. “Most likely,” I thought, “someone from Europe will know.” As it turned out, with author Wink Lorch’s connections at the the Musée de la vigne et du vin de Savoie – (the Savoie wine museum), they provided two photos, one with a description of item.

— It still takes a village…

Labeling machine.
This machine from the 1960s is a manual triggered mechanical labeler. It was used to stick the paper label on the bottle. Different tin glues used. In the 1990s, mechanical labelers appear. If the labeling work is then greatly facilitated, the equipment had to be changed. 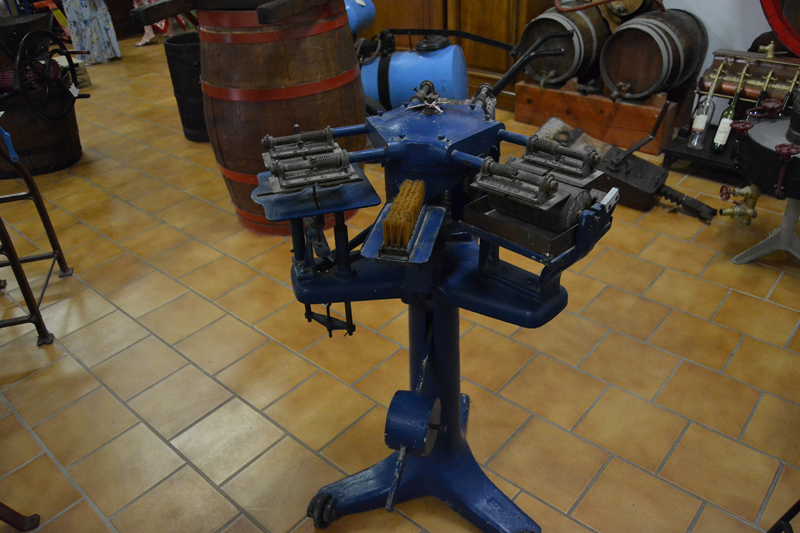 Well, we don’t have to be a wine scholar to know what this one is. 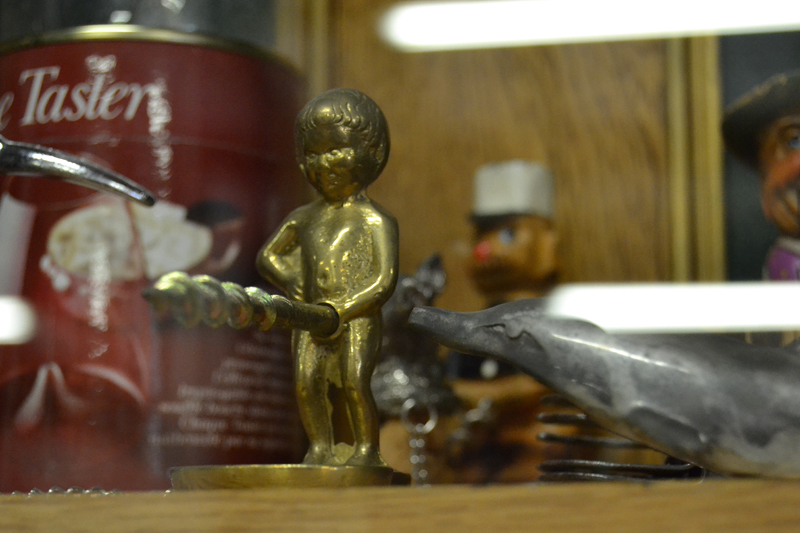 Whimsy tucked in with everything else, making me smile. 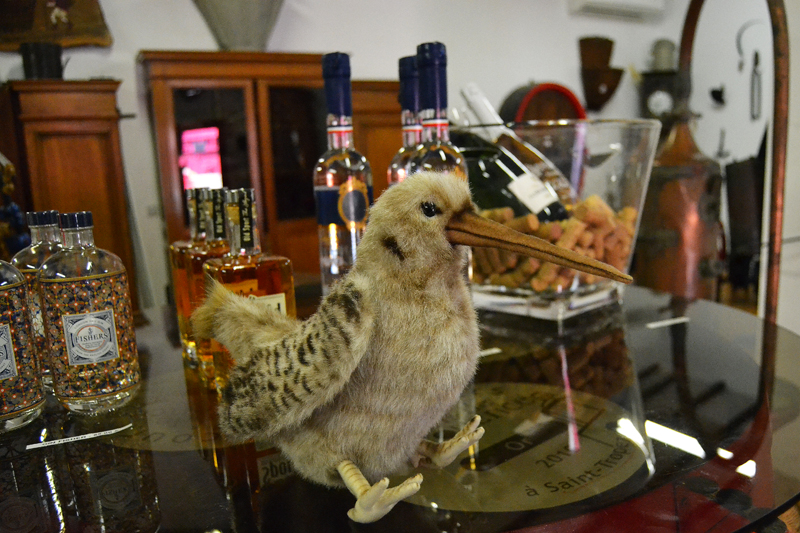 Cans, for what, for when? 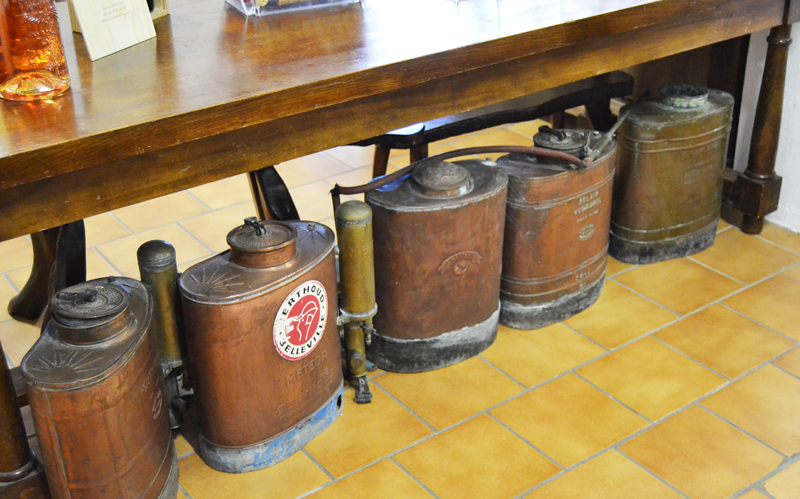 And… my personal FAV. Who wouldn’t want a little cannon to scare away murmuration? 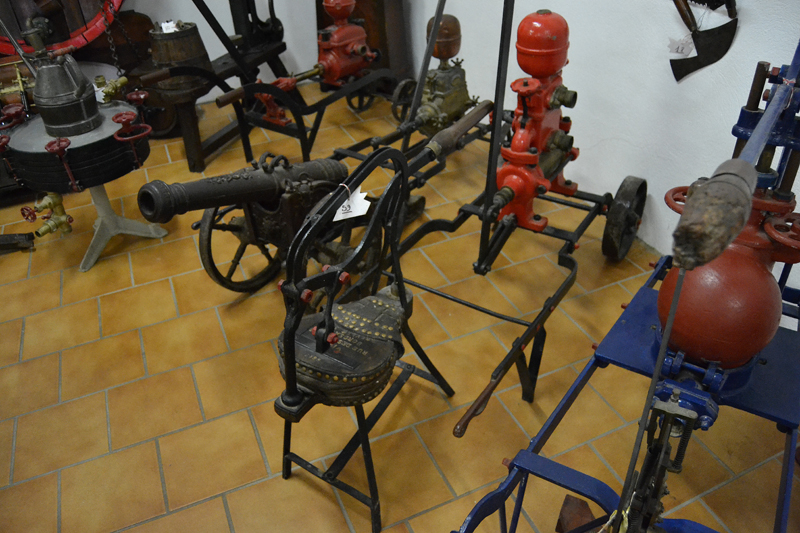 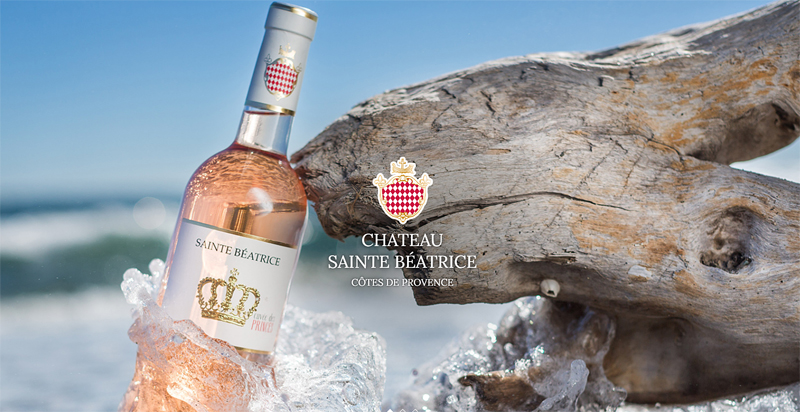