Lucas & Lewellen sustainably crafted is just so fine is not an overstatement, it’s what I’ve experienced and happy to write about it.

First, I got the wine. Next, I tasted it, and found it to be really lovely. The elements of femininity really shined through. Then I discovered Lucas & Lewellen has a female winemaker. No shock for me, based on the silky, alluring flavors. While some may argue with this, please don’t. It’s scientifically documented. I’ve always believe this, as a mother who nursed all three of her daughters for extended times, with each one. Women are more astute wine tasters. Our sense of smell allows us to be able to blindfoldedly pick our babies out from a crowd of them. Why?

From the article: The female nose always knows: Do women have more olfactory neurons? From Science Daily.com

By calculating the number of cells in the olfactory bulbs of these individuals, the group (that also included researchers from the University of São Paulo, the University of California, San Francisco, and the Albert Einstein Hospital in São Paulo) discovered that women have on average 43% more cells than men in this brain structure. Counting neurons specifically, the difference reached almost 50% more in women than men. 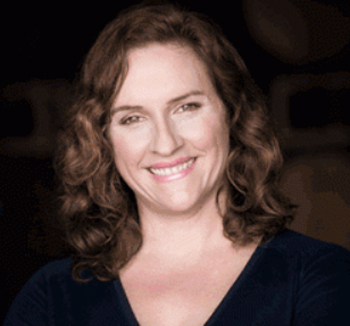 FROM THEIR WEBSITE: Megan McGrath Gates has been the winemaker for the Lucas & Lewellen Estate Vineyards since 2007….Megan’s love of soil gives her a ground-up perspective on winegrowing. “We make many decisions during the growing, fermenting and aging stages, but ultimately the grape has to express itself and that starts in the soil.” She considers her style of winemaking to be neither Old World nor New World, but believes in “balanced wines with all components married together so that layers of complexity are allowed to unfold.”

Winemaking takes an exceptional soul. There has to be a core union from within that says, “You are not only going to shine in the sciences, but you’re also going to be exception in the arts.” Bam, another winemaker is born…Jack of all trades, Master of All… Megan McGrath Gates

I was offered to conduct an interview with Mike Lewellen, son of Judge Royce Lewellen, who was originally from St. Louis, Missouri.

The Lucas, in Lucas & Lewellen is Louis Lucas: Louis is from the Central Valley of California, and is one of the first commercial grape growers in Santa Barbara and San Luis Obispo counties. Solid viticultural background as a base, began their adventure that grew from being friends into the trifecta of owning and operating Lucas and Lewellen Vineyards.

Mike’s Lewellen’s background perfectly fits for his position within the winery group.

FROM THEIR SITE: Royce Lewellen’s son Mike Lewellen became a minority owner of the company in 1999 and joined the company full-time in 2009. As a Managing Partner, Mike works with all departments; Marketing & Sales, Finance, Tasting Room and, of course, the winery. 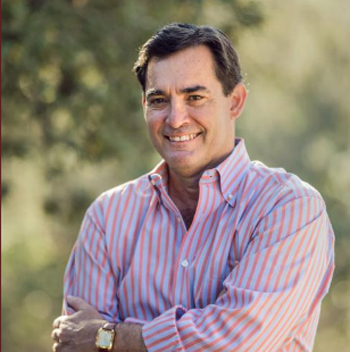 Jo: Tell us about your childhood, as you watched an impending wine career take shape before your very eyes, as Lucas and Lewellen evolved.

Jo: I asked about the favorite part of his job, he reminded me of when I was asked what was my favorite subject in school? I knew it was “English, but I’d always say “recess.” Why? Because it was social. Asking anyone the question of “what’s the favorite part your job” in the wine business, the art and the sciences pour forth, but they eventually settle on the social aspects.

Jo: What is the winery’s style of wines?

MIKE, then, with great admiration, listed all of the following qualifications on Megan’s bio:

Jo: If you could drink a bottle of wine with anyone in the world, who would it be, and what wine would you choose?

Jo: What wine would you like to drink with him?

Jo: All of your wines are very special. When I tasted your Cabernet Sauvignon I knew it was made by a female winemaker. The emphasis was on the fruit, not the tannins. It was so smooth and inviting. And, their Pinot Noir is really outstanding with its velvety smooth roundness and silky, elegant finish.

There is so much more to Lucas & Lewellen. After I enjoyed my first taste of their excellent, terroir driven, sustainably crafted wines, I knew I’d be happy to share what I’ve learned. I do highly recommend these wines. Every one of the wines in the set was so satisfying and had true to varietal character. And, Mike’s got the passion to match it all. This company is doing everything right. Now it’s your turn to taste Santa Barbara County and enjoy the fruits of Lucas & Lewellen’s labor.

Special thank you to Wine Business for also publishing this story.

Special thank you to Wine Industry Insight for also publishing this story.