I received an Email from Château de France, an 18th century Château, located in the Pessac-Leognan region of Graves. It’s part of the Union of Grand Crus of Bordeaux, and the email was an update regarding their vineyards and winery. This chateau is now working toward the demands of its worldwide consumers, who are wanting organic wines. The winery has been owned by the Thomassin family since 1971, and their winemaking is assisted by the highly acclaimed, wine consultant Michel Rolland. 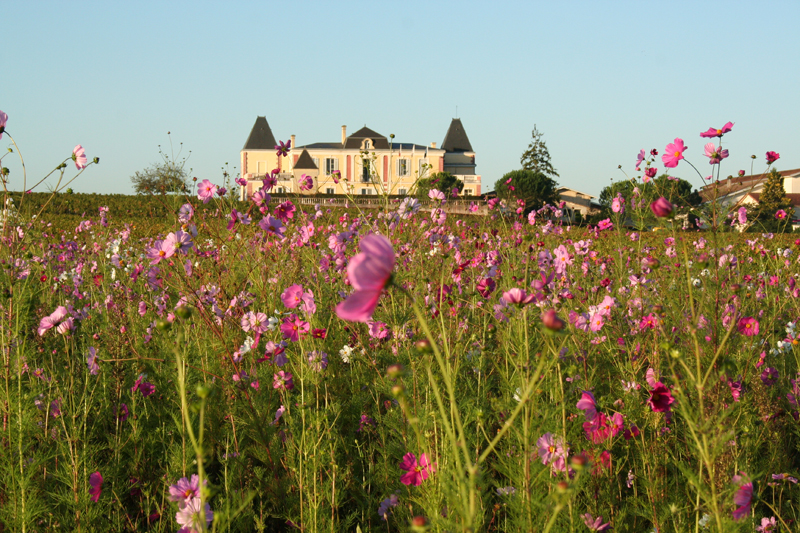 For several years now, we have been putting into practice ecological measures at Chateau de France. We are proud of the results – year on year improvement in quality. In addition to a favorable, sunny exposure, Chateau de France is also surrounded by the vineyards of some of renown wineries, namely Château de Fieuzal, Domaine de Chevalier, Château Haut-Bailly, and Château Malartic-Lagravière.

I’m thrilled that even Bordeaux, a world leader in the most appealing Cabernet Sauvignons, is not too cavalier to dismiss what their consumers are wanting… proof of their organic measures. The world is thankfully waking up to the fact that artificial chemicals are ruining our environment, and we all want certification of proof. 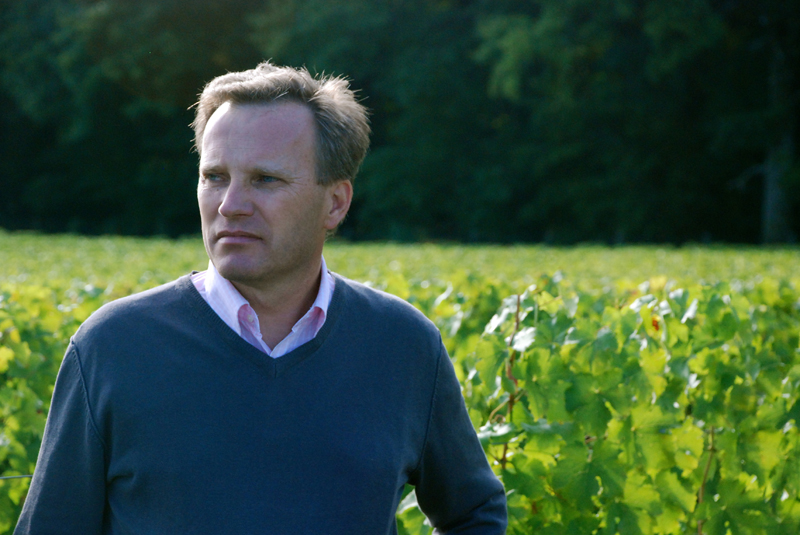 LE CHÂTEAU DE FRANCE: their 2019 innovation was to include two lots in the Château de France blanc vinified without sulfites, in bio-protection. A contribution which plays a certain role in the style of this vintage: Arnaud Thomassin finds in these lots finesse and aromatic precision, associated with pure fruit and beautiful freshness. He promises to decline this practice more widely now.

The image below of an illustrated grape vine is from the evineyard app site. I’m including it for educational purposes, so you can see the parts of a vine that I’m about to reference. 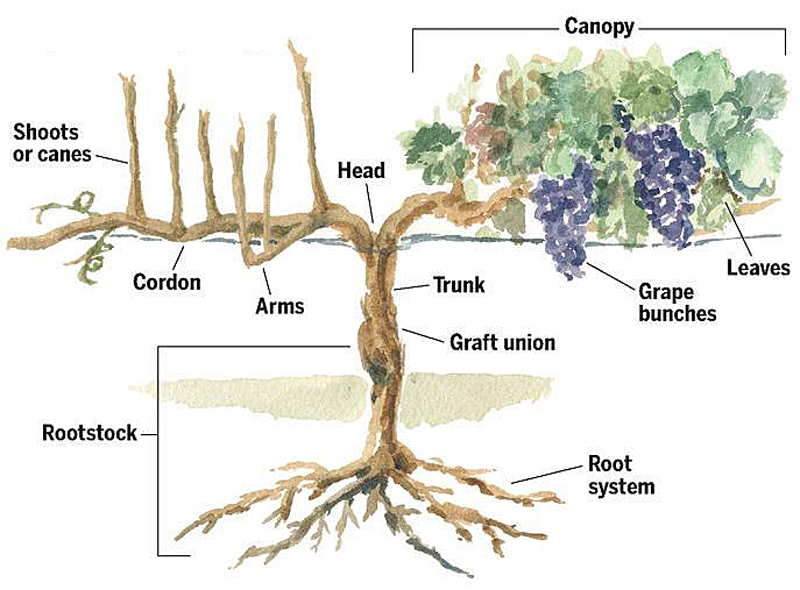 What was a bit shocking for me, when I visited Georges Duboeuf’s wineries in Beaujolais, France, and is how close to the ground the grape vines are. If you look very closely at this view of Château de France‘s vines in their vineyard, you’ll see the stark difference in height between their vines and the ones in the United States, that are from four to five feet tall, at least.

It logically seems to me that these close to the earth vines would produce more intense fruit. Less energy of the vine has to go into less maintenance for the trunk and cordons. Although, the root system is in  equal proportion to the above ground system. Still, small grape berries, like wild Maine blueberries, seem to have very intense flavors.

The pruning of quality vines always leaves two spurs per cane, so nothing changes there – the energy will be the same for the fruit, and so distributed energy goes directly into the grapes. Also, the closeness to the earth requires less water. There seems to be a very special economy here, producing excellent fruit.

A quote from Arnaud Thomassin:

The Thomassin family is one of the ten oldest owners in the Pessac-Leognan appellation. Château de France, which had been taken over in 1971 by Bernard Thomassin, has been advised since 1996, by Michel Rolland. It is a family and independent property, both in terms of capital and distribution. It is now headed by Arnaud Thomassin: family continuity, with the same quality objective. “From my arrival at the Château de France in 1996, I paid particular attention to the vineyard. The green works, which have an immediate qualitative response, were therefore developed ”.

Final quote from Arnaud Thomassin, because Château de France joins the “club” of the many winegrowers of Bordeaux, who are committed and respectful of their beautiful environment:

The  following are some of the rigorous and concrete examples of environmental practices now well established:

This is why I cheer on organics… for all of the reasons listed above by Château de France. Just count all of the chemicals that are now NOT in use, and all of the return-to-nature activities that have returned. These are the management initiatives to help reduce our carbon footprint. God bless each new winery that comes on board. 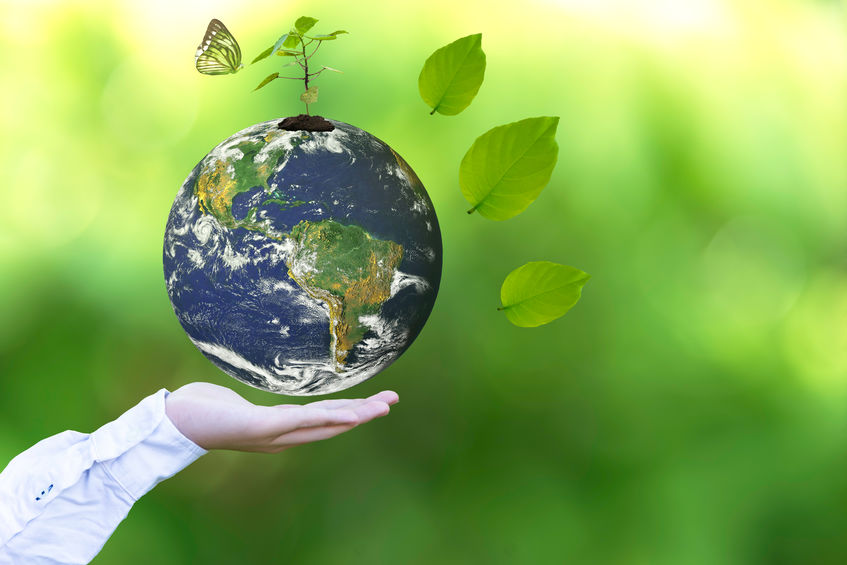