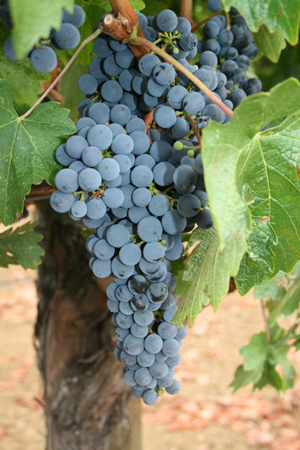 With a name like Petite Sirah I Love You, how could I give Valentine’s Day to any other grape?

It’s got pop, it’s soul is jazzy, its history is checkered and anything but mainstream. It’s Petite Sirah… I Love You.

Two noble grape varieties get married and it’s all… “you can’t afford it anymore. This is if it’s from a Bordeaux Grand Cru Classé or from Napa Valley, for example.

Syrah is coming from the Rhone Valley, where they had to fight to get some “noble” respect. Peloursin? A mere peasant, as it’s explained. She’s out hanging laundry is the breezy sunshine.

And, it’s all “you can take this grape and put it with any other red and now we’re talking.” It’s slipped into Cabernet Sauvignon in the US (not in France). Zinfandel blends it in for depth of flavors and colors. Even some Pinots are guilty of doing it, as do Syrahs. It makes them more luscious, have more body, gives these wines more tannins, so they last longer.

Today’s Feminine side of Petite is sultry and sophisticated

Our Masculine Petites are cowboy swede 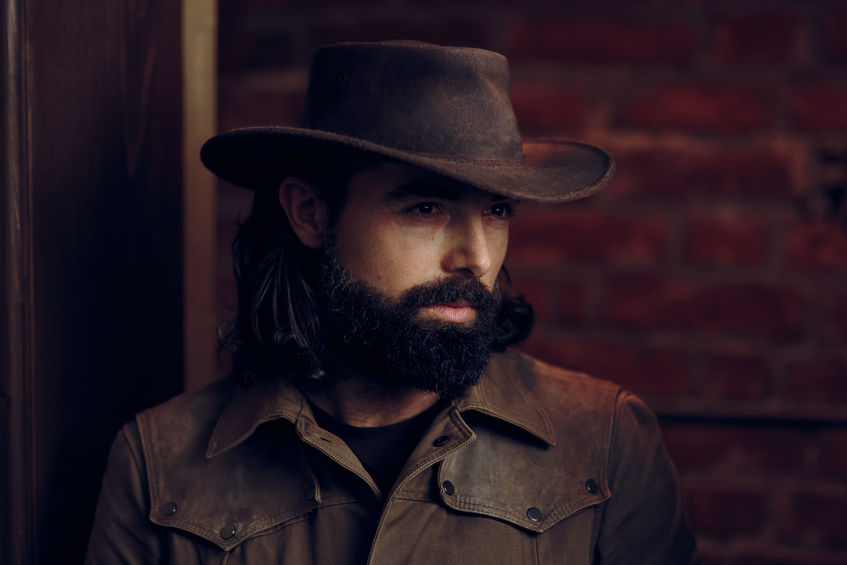 Petite Sirah is a magic elixir, is what it is; and, its colorful past is still alive and well. Unlike other grapes with their “pedigrees,” Petite Sirah doesn’t share that luxury. Petite Sirah has been defined by California. Brought here as a cast out orphan from Montpelier France, Petite came here with no role model. An orphan with without parents to guide its direction. It didn’t know what it was, what it could do, outside of France, where it’s proneness toward bunch rot would have crippled France’s wine business. For them it was good riddance. Now, with global warming, a few French winemakers have begun to think about planting it, since their summer days are without their usual summer rains and are quite a bit warmer. 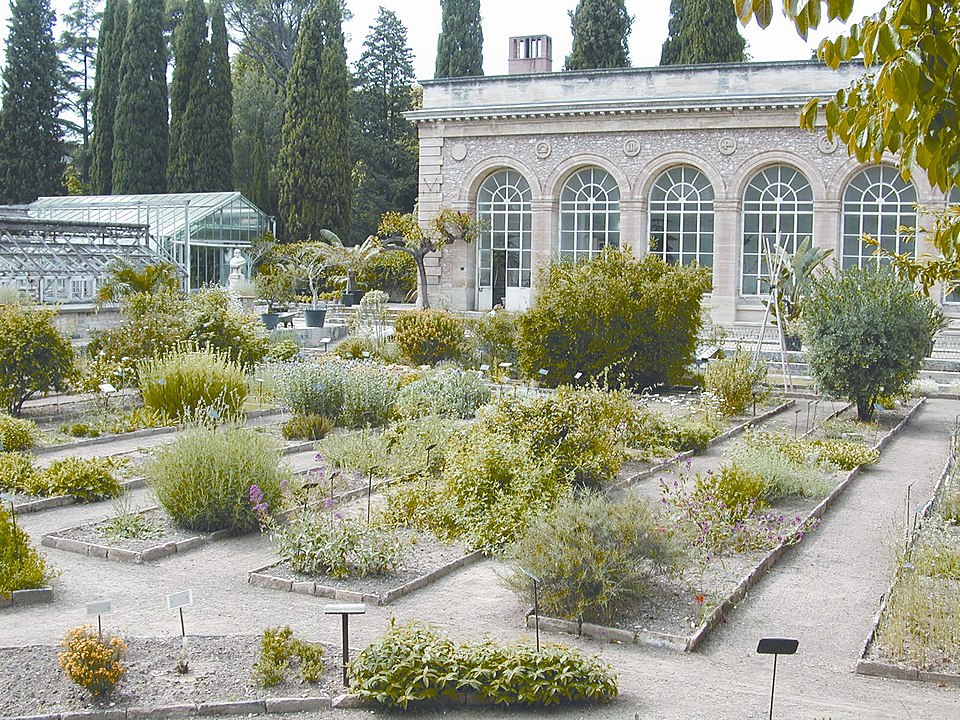 1880 – Dr. François Durif, a grape botanist and grape breeder employed at the University of Montpelier, in Southern France, doing quite a bit of research. [Le Jardin des plantes de l’Université Montpellier, France: founded 1593.] He ultimately released a new variety, which he named after himself. It grew from a seed he extracted from fruit of the old French variety Peloursin. Dr. Durif didn’t know the pollen source at the time, but we now know that it was Syrah. The combination of Peloursin and Syrah resulted in fruit with saturated color and very dense fruit clusters.

1883 – According to American wine historian Charles Sullivan, LINDA VITA VINEYARD: “Charles C. McIver bought 400 acres south of Mission San Jose from Juan Gallegos, in 1883. There he built hid Linda Vista winery and planted one of the most diversified premium vineyards in California. The pre-Prohibition reputation of the Mission San Jose area for fine table wines was derived mostly from McIver’s efforts. He imported such varieties as Béclan, Verdot, Syrah, Durif, Merlot, and Malbec.” pp 189-190

1884 – Again, according to American wine historian Charles Sullivan, Durif was introduced into California by Charles McIver. He imported Petite Sirah for his Linda Vista Vineyard, at the Mission San Jose in Alameda County. Petite Sirah entered the US through the East Bay. Some growers called it Petite Sirah, which was a name commonly used for Durif in some parts of France. 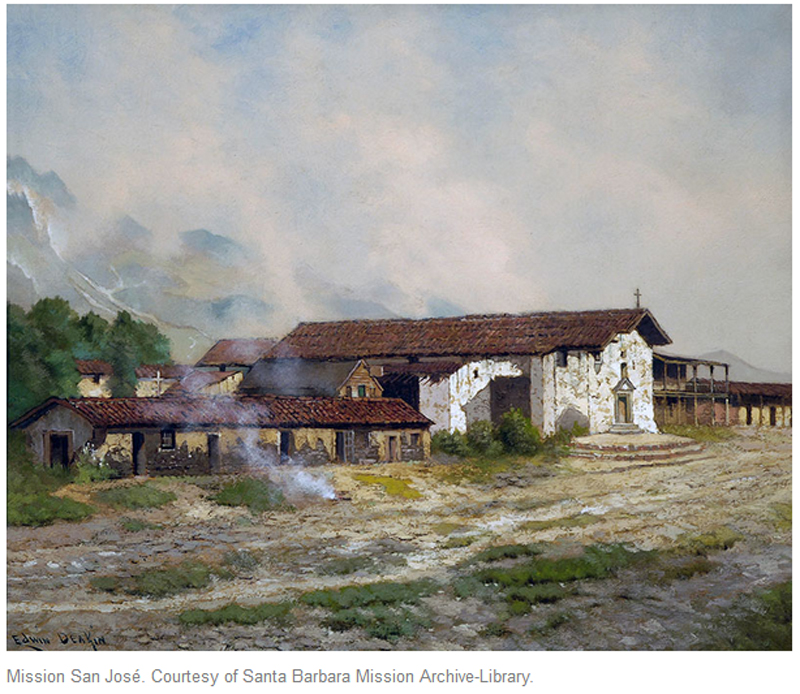 1897 – Petite Sirah is one of the first Vitis vinifera to replace the Mission grape as an experimental, varietal transplant in California. Petite Sirah is replanted in California, and regains popularity. (Petite Sirah at the time could have been any of several dark skinned varietals, including the Petite Sirah clone, Syrah, Peloursin (Gros Béclan), Zinfandel, Mondeuse noire, Valdiguié, among others, in what we now call a “field blend.”)

1905 – Letter to James Concannon regarding the purchasing of varietals. (Download PDF)

1920’s – During Prohibition, Petite Sirah was shipped from California to home winemakers in the eastern U.S.

1964 – Concannon Vineyards of Livermore Valley released the first non-vintage 1961 Petite Sirah. While Concannon was the first to varietally Petite, Lee Stewart of Chateau Souverain released his Petite only a couple of weeks after the Concannon release. Vintners were onto something special.

1996 – At the University of California at Davis, Dr. Carole Meredith and her colleagues determined by DNA comparisons that

Peloursin is a very old French variety from the Isere region of France, on the east side of the Rhône River. Syrah is the ancient noble variety from which the great Northern Rhône wines of Côte Rôtie and Hermitage are made. So California’s Petite Sirah (aka Durif) has a distinguished French pedigree.

2002 – The Bureau of Alcohol, Tobacco and Firearms proposed that Durif be approved as a synonym for Petite Sirah. The proposal failed, because it was grouped in with Primitivo and Zinfandel, also being considered. The latter proposal was too contentious to pass, so Durif and Petite Sirah were also dropped at the time.

Wine marketer Jo Diaz, Louis Foppiano, and Christine Wells (of Foppiano) launch PS I Love You, the marketing advocacy group for Petite Sirah, with Jo Diaz also becoming the executive director. The mission: To promote, educate, and legitimize, Petite Sirah as a worthy wine grape variety, with a special emphasis on its terroir uniqueness.

What Does Dr. Carole Meredith Have To Say About Petite Sirah? Taken from a taped transcript of the 2002 Petite Sirah Symposium at Foppiano Vineyards:

BATF is now considering whether or not to allow the name Durif to be used as a synonym for Petite Sirah. I think that there’s a fair bit of confusion on this subject, so it might be useful if I simply review what Petite Sirah is.

To my mind, Petite Sirah is Durif. There is no doubt about this. Some Petite Sirah vineyards, especially old ones, often contain a few vines of other varieties, but when we analyzed the DNA of vines that look like Petite Sirah, more than 90% of them are Durif. The few that are not turn out to be Peloursin, which is the mother of Durif and looks a lot like it.

Old red vineyards are mixtures. You usually find four, or five, or eight, or nine, or ten varieties in there. I’ve been in some of the old Petite Sirah vineyards, and I’ve found all kinds of weird stuff. But the same thing happens if you go in an old Zin vineyard, or even an old Cab vineyard. You will find a lot of other varieties. So, everything that looked like Petite Sirah that we sampled was Durif. We don’t need to worry that not all Petite Sirah is Durif, because I would say that Petite Sirah is Durif, no questions asked.

Clones are just variants within a variety; so there may well be clones within Petite Sirah, but it’s not correct to say that Petite Sirah is a clone of Syrah. They’re two distinct varieties, but they’re as closely related as two varieties can be.

Concannon Vineyard also produces the Fifth Annual Petite Sirah Symposium. With a generous grant from Concannon Vineyard, a consumer based wine and food event was created, called Dark & Delicious, bringing Petite Sirah to the people, hosting the event at Rosenblum Cellars. It was a huge success, and an annual event, until its final Dark & Delicious, on February 20, 2015.

2010 – 2011 – The process for creating Petite Sirah as the primary synonym for Durif failed, because it was included with the synonym change for Zinfandel and Primativo. The Zinfandel effort became too complicated, and it was all dropped. In 2010, the efforts for a synonym change occurred through PS I Love You’s executive director Jo Diaz, with the support of the PSILY board of directors, the Wine Institute (through Wendell Lee), and the University of Davis’ Foundation Plant Services department. In 2011, the names became official synonyms. TTB LINK – DECLARATION

California State Assembly Passes HR 9. As regards petite Sirah, this bill is very important: 04/16/13 – On Monday, the California Assembly voted to approve HR 9, a resolution that recognizes of the contribution that living historic vineyards have made, and continue to make to the agricultural and social history of California. HR 9 was introduced by Assemblymember Tom Daly (District 69, Anaheim) and is supported by the Historic Vineyard Society.

PS I Love You, in association with Napa Valley’s CIA at COPIA, with the assistance of Dave Pramuk (Biale Vineyards) and Stephanie Douglas (Aratas Wines, Napa Valley) produced the First Annual Petite Sirah Masters event, at the COPIA facility in Napa, California.

2019 – PS I Love You, in association with Napa Valley’s CIA at COPIA, produced the Second Annual Petite Sirah Masters event, at the COPIA facility in Napa, California.

SPECIAL THANKS Louis M. Foppiano of Foppiano Vineyards, and Jim and John Concannon of Concannon Vineyards for their generous contributions for portions of the Petite Sirah timeline.