This intro is for five wines tasted in a series. If you want to just skip to the wine, scroll down for “Nik Weis St. Urbans-Hof Riesling.”

Winter white wines are so scrumptious, with not only dense foods, but also with lighter foods. I don’t think of them so much as seasonal, anymore; i.e., “I only drink red wines in winter and white wines in summer.” That’s as passé as “one can’t wear white after Labor Day.” (Although, my mother is still turning in her grave, on this one…) 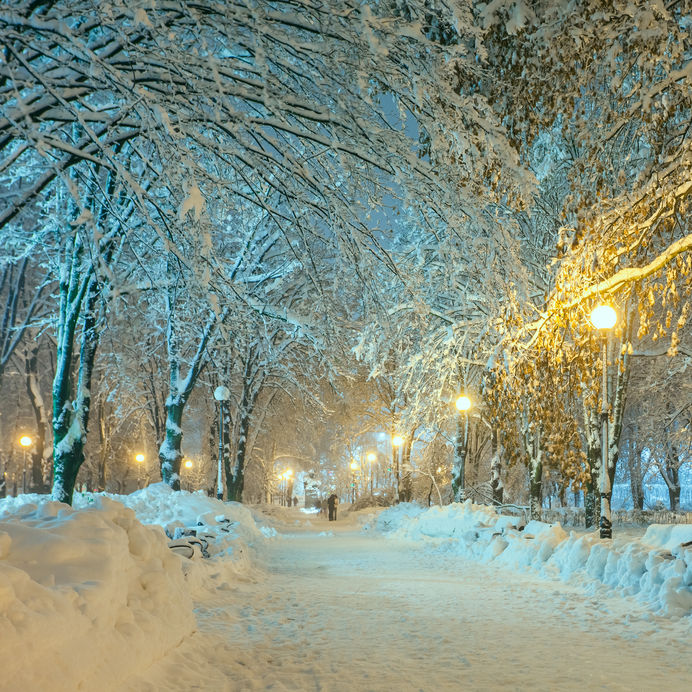 Our American society is finally becoming more sophisticated with wine. We’re beginning to realize that wine is an everyday beverage, and many of us are buying into the lifestyle. The more we travel to wine regions, the more we broaden our horizons and the expansion of our taste buds. Many of us have also found our own palates. We’re depending more and more, in this process of deciding what works best for us, and then forging our own memories.

Other opinions are great; we can learn from them. Ultimately, though, it’s on each of us to figure out what works best for our own taste buds. You might find a reviewer whose palate is very close to yours, then you’ve got a consultant.

I love bringing in regionalities, for instance. We connect more to the wines, with more knowledge… Regions are triggers for more enjoyment, on so many levels. This all goes beyond swirl, sniff, and down the hatch. It takes us to somewhere new. The experience I had with the Tablas Creek wine I’ll also be reviewing, for instance… one swirl, sniff, and taste…

I had just been tasting through some import wines. When I tasted one of them, I immediately knew it Californian. I’ve been blessed to have more than my share of California wines. I’ve also stepped outside of the US and gone into other wine regions of the world. Over time, I’m learning the differences. Each terroir is markedly unique. This, in turn, has more than the land determining flavors. It also has to do with practices, the people and their beliefs, and training; but, if I had been blindfolded during this tasting, and asked what location, I’d have said California, in a California second.

The following samples of white wines have arrived. Brands listed below are all unique, and have intriguing flavors in their own right. Flavors, balance, textures were right there for each wine.

Let’s Begin: Think Wine, Regionality (including terroir), and then Food

St. Urbans-Hof Bockstein Kabinett 2018 / SRP $26 is a single-vineyard grand cru Riesling from the Mosel region’s Saar Valley, made by A-list winemaker Nik Weis. Lithe and refined, with a complex array of flavors, it truly stands apart from industrial, one- or two-dimensional Rieslings. The 2018 vintage also highlights the wine’s mineral structure.

Every winery in the world has a distinct story to tell, with some unique location. Some of their histories have just begun, while others take you way back in time… Winemaker Nik Weis has the latter story to tell, being on property that can be traced back to the Middle Ages. From castle life, to monasteries and Knights (Templar), to housewives and their loves… It was a time then, when wine just “was.”

Living in the Mosel region of Germany, Nik Weis is a third generation winemaker, who chooses to make his wine, with passion and good heartedness. I’m fortunate to have tasted many vintages from Nik Weis. Each time I’ve loved them… Cool, crisp, well-balanced, all by this thoughtful man. Living and working in a cool climate has produced exceptional wines, with lively acidity and a lovely balance. They just make me think of days gone, living in Maine, enjoying mountainous skiing, and the knockout colors of fall. I could so be that person in The Sound of Music, sipping on Nik Weis… Nik’s wines have that calling of coming from a higher, ethereal place.

The St. Urbans-Hof 2018 Ockfener Bockstein is just delectable. A quality Riesling, with aromas of elderflowers, it’s flavors of high acidity have a very well-balanced finish. I grew up with a grandmother who made elderberry jam… It’s an easy flavor to pick up, as a result. From Nik Weis information on the wine: Nik Weis believes that Mosel wines are better with a hint of sweet, and also talks about the wine’s ‘saline’ quality. In his typically light-hearted, unpretentious fashion, Weis likens the interplay between sweet and saline in this ‘serious’ Grosse Lage wine to “the salt on the rim of a margarita glass.”

Yeah, it was all that and more. An easy brand to purchase, because it’s tried and true, and has a rock solid history of quality! 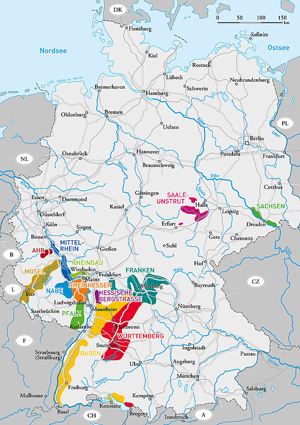 WIKI: Mosel wine region is located along the river Moselle (Mosel) and its tributaries, the rivers Saar and Ruwer, and was previously known as Mosel-Saar-Ruwer. [Map Below]

The Mosel region is dominated by Riesling grapes and slate soils, and the best wines are grown in dramatic-looking steep vineyards directly overlooking the rivers. This region produces wine that is light in body due to lower alcohol levels, crisp, of high acidity and with pronounced mineral character. The only region to stick to Riesling wine, with noticeable residual sweetness, as the “standard” style; although dry wines are also produced.

The Mosel river dominates the geography of the region, which is typically divided into three main sections. The Upper Mosel is the southern-most section, located closest to the river’s origins along the French and Luxembourg border. The region includes the Saar and Ruwer river tributaries and is centered on the city of Trier. The Middle Mosel, or Mittelmosel, is the main wine growing region and includes the villages of Bernkastel and Piesport. 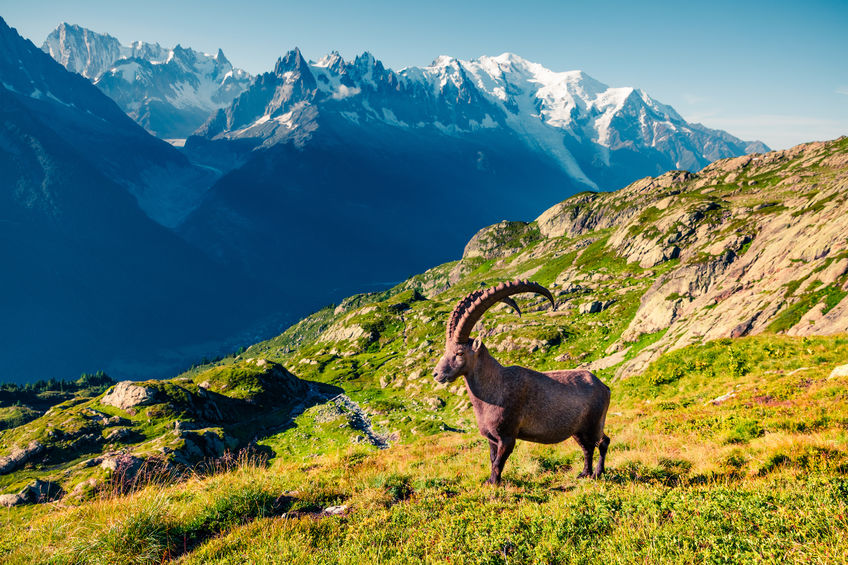 WINERY: Vines have been grown on the Bockstein VDP Grosse Lage (“great site,” Germany’s legal equivalent of “grand cru”) since the Middle Ages. Today, there are only six producers with vines in this historic 136-acre site, and Nik Weis owns 25 of those acres. His father Hermann initially acquired property there in 1989, and Nik later increased the holdings. The Bockstein vineyard was expanded in the 1970s, but all the St. Urbans-Hof holdings are in the best, original section.

The Bocksteinfels (buck stone cliffs — likely a reference the wild mountain ibex that populate the surrounding forest) overlooks the small village of Ockfen, in a side valley from the Saar river. The vineyard sits on a very steep 50 degree southwest-facing slope. This makes the site a member of “the steepest vineyards of the world club,” which includes the famous Douro, home of port vineyards.

What makes this vineyard so special?

The area’s colder climate (winds come down from the Hunsrück hills) is compensated for by the site’s unparalleled access to sunlight (very steep slope and sun’s rays not blocked by other hills). This means an ideal, long, slow ripening season.

Rather than high sugar levels, vines produce aromatic potential and the resulting wines are some of the most aromatically complex found anywhere, bar none.

The extensive forest atop the hill retains water, which drains slowly into the vineyard soils below. The stony, weathered gravelly slate soil acts as a mini-radiator, absorbing heat during the day and warming the vines during the evening. A very shallow soil layer (around three feet) forces roots to dig deep into the bedrock, absorbing minerals along the way and reaching trapped water in times of drought.

For Riesling lovers, the Saar traditionally produced “the most Mosel of the Mosels:” steely, racy, smoky, minerally wines with vibrant notes of fruit and elderflower. But the cool, marginal-for-winemaking climate only yielded an average of three good vintages out of ten. Today, thanks to new viticultural techniques — and global warming – those “vintage valleys” have been nearly eliminated.

Next will be Umani Ronchi Vellodoro Pecorino 2018

SAMPLES: Vineyard Brands has brought us the following wines, including this one… with the exception of the upcoming Nik Weis, brought to us by H.B. Wine Merchants.

Thank you to Jane Kettlewell of Creative Palate for arranging this sample. Jane is a very fine storyteller.