Georges Duboeuf Has Passed on to Greener Vineyards ~ January 4, 2020 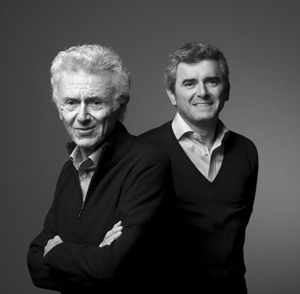 Known as the “Pope of Beaujolais”

Being asked to go to Beaujolais on a media tour in July of 2019, was just the beginning of a very intense, five-day sojourn into the world of Georges Duboeuf, and his life devoted to Beaujolais’s Gamay grape. The world-renown wine businessman, Georges was a shining example of how one becomes and maintains global success as a wine négociant, with great dignity.

Monsieur Georges Duboeuf and his family not only taught me about the Gamay grape and the Beaujolais region of France, but they also demonstrated a rare humility, which sometimes comes along as quiet leaders within a farming community. He wasn’t looking for fame and fortune; he was looking for solutions.

The Duboeuf family has traced itself back to the Fifteenth Century. The family tree is complete; it hasn’t skipped a beat from one generation to the next of grape growers… At the time of my visit, I met three generations of Duboeufs: Georges, son Franck, and grandson Aurélien.

Georges Duboeuf’s early years were more than a bit challenging, but I don’t think he ever saw it that way. Georges’ father passed away when he was only two years old. Against some odds, his childhood was still like any other young boys, riding the dusty Beaujolais roads of the country. For him, they were exciting and inspiring times. He was a mover, a shaker, and a get-it-done-maker. When his neighbors were in need for anything, Georges was the finder of solutions. This is actually how his négociant career began…

Reading Beaujolais, A Shared Passion, by Georges Duboeuf, I found the pivotal point for when Georges Duboeuf began his négociant career. It had to do with Georges’ friend Jean Ernest Descombes’ passing. Georges lost a wonderful friend.

Nicole Descombes, Jean’s daughter, not only lost both parents, but she no longer was part of the winery; she was the winery. Together with her parents’ friend Georges, a solution evolved for moving past the grief and into the future. This adult woman, who was a child that Georges watched growing into womanhood, he would help her sell her wine. He had the connections; she had the wine. True friend that he was, Georges Duboeuf had two stipulations, however: The winery name must remain the same, and a picture of Jean Ernest Descombes must also be on every label. 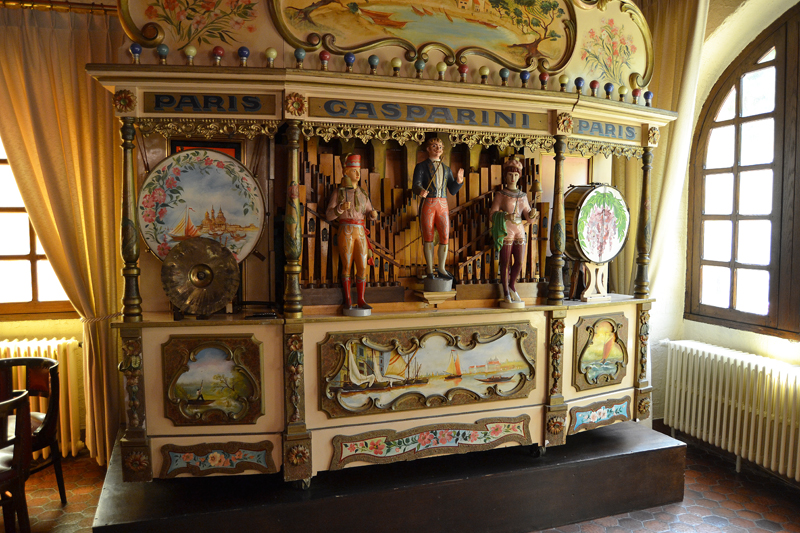 To understand Georges, one needs to go back into his childhood. Just imagine the challenges for a young mother, with two young sons; Roger, a bit older, and younger Georges. Both had to grow up fast, with some of Georges’ childhood needing to be put on hold for a bit. (Today’s evidence of his lost youth is with his beloved museum, called Hameau Duboeuf.)

Think Peter Pan: Why Walt Disney created what the child in him craved, why Georges Duboeuf recreated a tiny village, like the one he would sneak off to build in an old shed, complete with miniatures.

In Georges’ life, he not only created relationships through his business life, but he also satisfied his sense of pedagogy. And, that’s what makes his legacy very remarkable. He came into this world to be a teacher, and he devoted his life to the education of Beaujolais and the Gamay grape… As a single focus, he just got the job done, and had a very inspiring life, especially for those of us who saw this gentle giant, larger-than-life man of wine.

He had such a generous spirit, coming from deep within.

All of his wine relationships were started through neighbors and forged friendships, over the years. Just imagine… a community that hasn’t grown apart as each generation goes forward. This can be a little hard to understand, unless you take yourself back to the “Old World.” The French Wine business was never part of the Industrial Revolution… Viticulture just kept happening, year after year – staying close to the earth. Eating, sleeping, drinking, socializing, everything that America was before the industrial revolution… That’s what it’s been like in Beaujolais, since forever, and Georges always carried that humble, work ethic forward.

Georges Duboeuf in now a legendary figure, as earned thorough his passions for wine and Beaujolais. A major part of Beaujolais’ history, for legally defining its terroir, regional styles, soils, grape varieties… all of the steps carried out, in defining this specific region and history of France. It’s a very special distinction: to be this kind of innovator, a creator… Georges Duboeuf’s history, all of his steps are well documented. 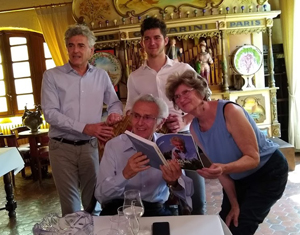 While in Beaujolais, during that memorable morning tasting, with the Duboeuf family, it was coming to a close, but they had one more surprise: Georges Duboeuf’s autobiography. This photo was taken at that time. I came home to read it, to treasure it then, and hold in my heart forever more.

It’s hard to articulate how much respect I have for this family. Monsieur Georges Duboeuf is an amazing success story. It was such an honor to have been entertained by the Duboeuf family in Georges’  home; so that I, too, could continue to educate about Beaujolais, and carry his legacy forward.

Not only is Beaujolais weeping, the entire world of Gamay is also weeping today. 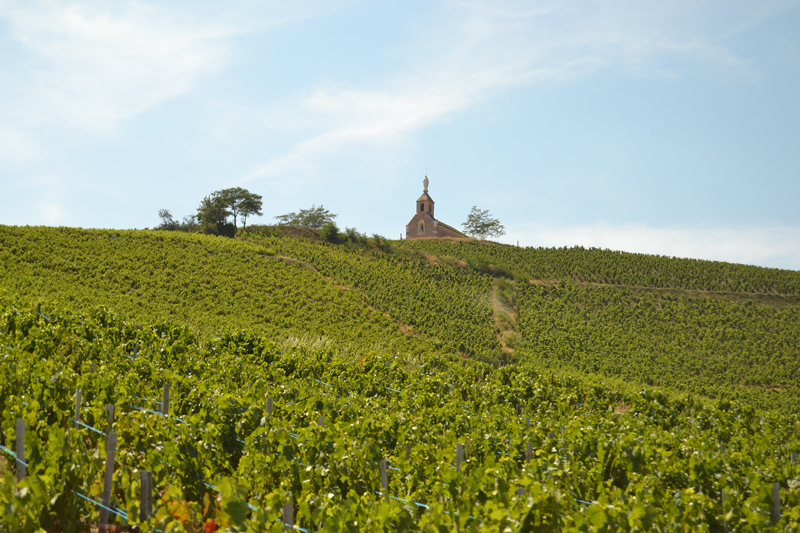 Thanks to Wine Business for publishing this story.