A quick recap from Part I, regarding this region’s location: Capalbio is a commune, from the Province of Grosseto, in the Tuscany region of Italy… 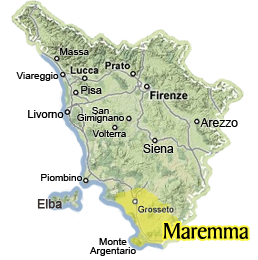 WHERE: Tuscany Bordered by Tyrrhenian Sea, on its West Side

From Discover Tuscany, “Maremma [as a microclimate] is unique because of the variety of its territory: blue sea, long beaches, black rock, hills covered with woods, marshes and flat lands, green hills and natural thermal baths.” Located in the coastal area of west-central, Italy, Maremma stretches between the provinces of Livorno and Grosseto.

And this is where red Tuscan soil meets the Tyrrhenian Sea.

So let’s go on an adventure to Capalbio, and take a look at one producer, which I was asked to review. 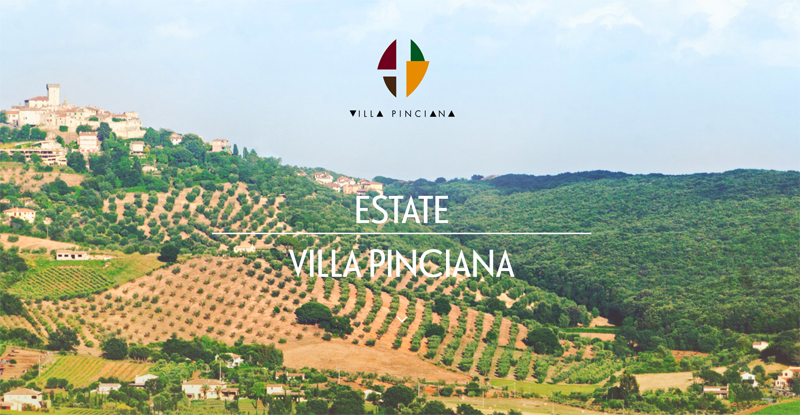 [PHOTO: with permission from Villa Pinciana]

Villa Pinciana and its Wines of Maremma

GEOGRAPHY: The vineyards of Villa Pinciana rise upon a hill. It’s facing the sea on one side and is protected by the Maremma hills on the back side, at the feet of the small ancient village of Capalbio. This is located on the southern border of Tuscany.

Here, you can expect to find local “fresh catches of the day” from the sea, along with Tuscan wines, native cheeses, and extra virgin olive oils. Rich in Italian culture, it couldn’t possibly disappoint any adventurous soul, looking for yet more soul.

Villa Pinciana, in the CAPALBIO region

…located in the Maremma Hills… 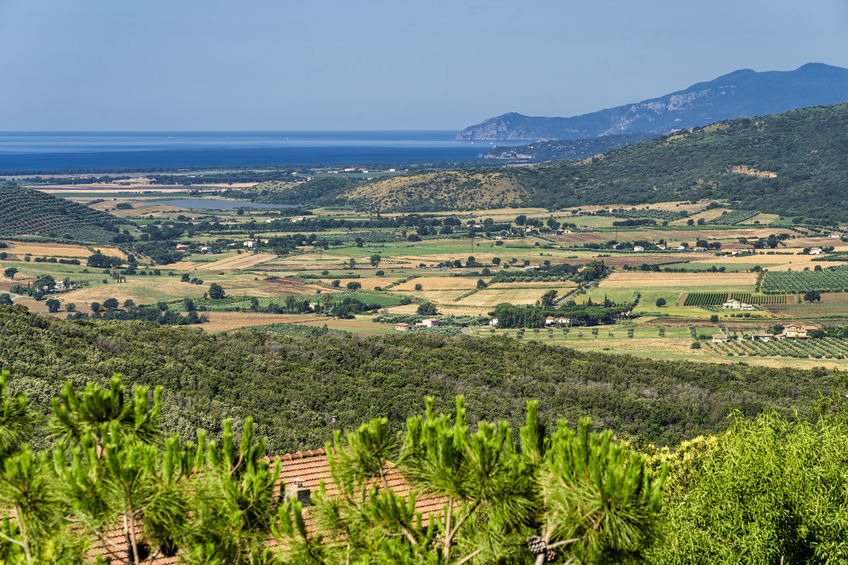 Its origins are extremely ancient as testified by the tombs dating back to the Bronze Age. Its history is traceable back to 806 A.D. when Capalbio became the property of the Tre Fontane Abbey in Rome, as per donation of Charlemagne.

Around 1200 the village comes under the rule of the Aldobrandeschi clan and then under the rule of the Republic of Siena. During these years, the town accumulates wealth and many public works are completed, such as the fortress and the walls. In 1555, the invasion of Spanish troops throws Capalbio into a deep economic and demographic crisis, also due in large part to malaria. [Fortunately, they recovered.]

Let me first say, the first word that comes to mind, if someone said, in a word association game, “Villa Pinciana,” would be “classy.”

In the zone of Capalbio, Villa Pinciana is a 133 acre (54 hectare) estate, with part of it being dedicated to wine growing. The original planting happened in 2003, with a focus on Sangiovese and Cabernet Sauvignon varieties.  Other planted varieties are Petit Verdot, Syrah, and Cabernet Franc. Whites include Vermentino and Viognier. There is an emphasis here on Bordeaux varieties with the reds, if you take note. THESE I’d love to taste. I hear they’re outstanding, and I can’t help but wonder what the Tyrrhenian Sea has contributed to their terroir, as regards salinity, among other mineral flavors and floral notes…

The recently completed winery is very modern. In an ancient land, they insisted on using the most modern and innovative technologies. Striving for perfection, they knew that this would allow for them to monitor production, in order to obtain the highest quality wines.

From Villa Pinciana: Our dream? To put together a winery which produces high quality wines, with an international ambition, in a place which for us relates to our loved ones and our memories.

On their Website: Ilaria and Massimo took on the challenge from day one under the guidance of oenologist Paolo Caciorgna and of the agronomist Edoardo Pastorelli. Their working relationship lead to the birth of nine hectares of mainly local vines, (Sangiovese, Pugnitello and Vermentino), which were combined with French vines such as Cabernet Sauvignon, Cabernet Franc, Petit Verdot and Syrah. The recent construction of the winery, with a barrique cellar and the refining room interred in the hill (at optimal temperatures and humidity for the wines evolution) has enabled them to avail themselves of technologies which are respectful of the grapes. From this winery today, comes a production which is limited in quantity but of very high quality. 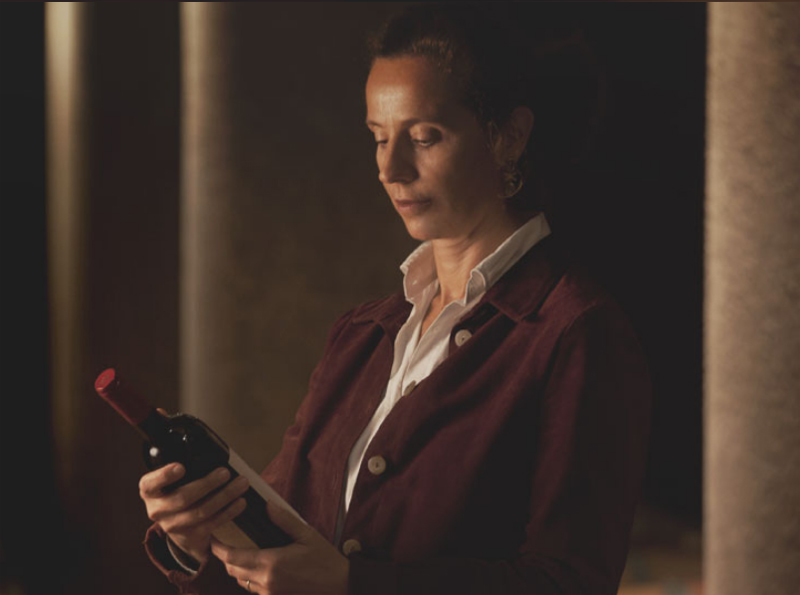 The dream began with Ilaria Pietromarchis. She remembers life as a child:

Her time was divided between the magical combination of the familiar Maremma landscape, with its Holm-oak woods, myrtle bushes, and its pine forests… and the ultra-cultural city of Rome. In Rome, Ilaria graduated with a degree in statistics. She then went on to specialize in Economics, in the United States, and then moved to London.

“But plants with ancient trunks are deeply rooted. Which is why, having married Massimo Tosato,” states Ilaria, “I set to work on my project, which would become our splendid Villa Pinciana.”

Ilaria likens it to being “the Bolgheri experience.” 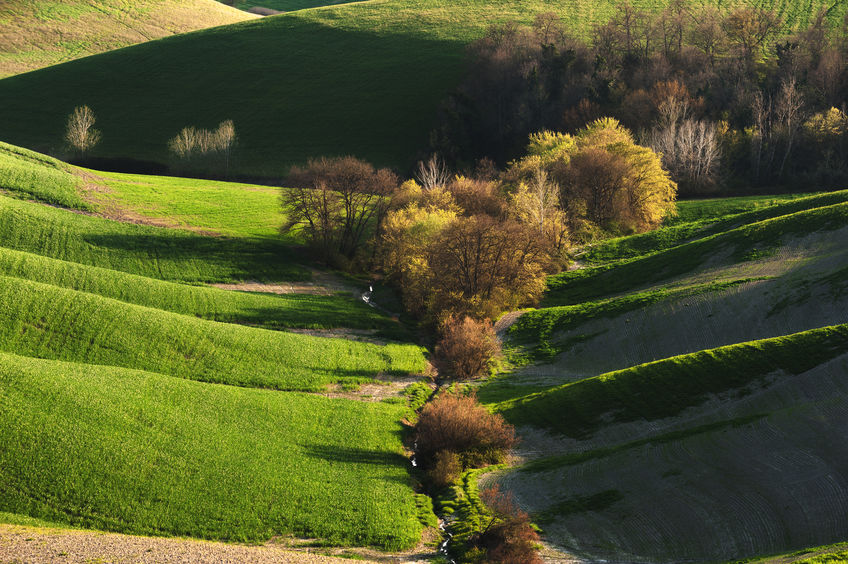 Bolgheri, Italy is celebrated by one of the major Italian poets Giosuè Carducci. He was of the nineteenth century, and devoted to the town of Bolgheri and its surrounding, because he had spent part of his youth there.

I can see the influence, and as I wrote above… classy.