Are wines really seasonal or reasonable, while an equator separates all of it

We read titles like, “Spring into Summer with Great White Wines.” We do eat differently in differing seasons, but do our wine choices really vary, very much?

When it’s time to think about wine choices, I don’t know about you but I think “food,” and then I think “wine,” and vice versa – wine and food. I really don’t think, “We’re headed into summer, so here come all the whites for sipping and reds for barbecues that I need to load into the house.”

Really, if it’s in the dead of winter and I think, “I want a white wine,” I go for it. In the summer, if I think “Sangiovese,” I’m going for that, too. 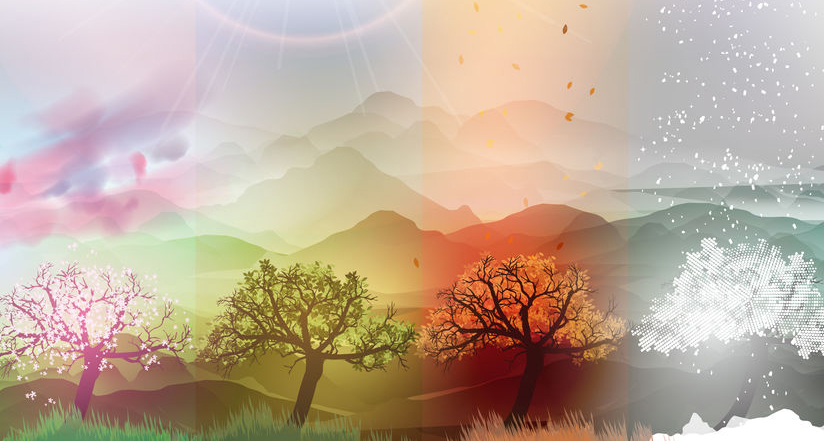 Why newly released wines happen the way they do

In the spring months, a winery’s white wine is fully fermented, and so it’s being bottled. One reason this happens is to get access to that storage, be it stainless steel fermenting tanks or oak barrels. This gets the white wine moving along in its production cycle. Why? Because the season is about to deliver new white grapes, and they’ll need the units for fermentation and then storage. Once that cycle has been completed, red wines follow the same path.

While it makes sense to come up with “catchy names” to get some wine writer’s attention, the reality is that consumers think “wine and food” or “food and wine.” They never think, “The season is spring, so it must be time for a Sauvignon Blanc,” even though that’s a title’s message. 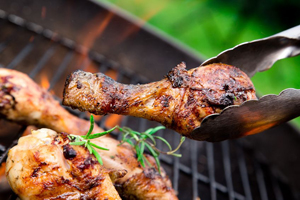 All wines have a reason, more than a season

To that end, we’re headed into summer, but I’m still going to share a consistent, simply delicious, and beautifully affordable red, versus the expected white or rose right now. Can you enjoy this with barbecued foods? Of course! But, so can you also enjoy it, regardless of mood you’re having… rain or shine, spring, summer, fall or winter. It’s simply enjoyable; that’s what you need to know, above all else. Grilled chicken and Malbec? Mais oui!

Seasonal twists; flipping the seasons via the equator

Whatever we’re doing in the northern hemisphere, the southern hemisphere is six months ahead of us, seasonally speaking. For instance, our grapes are growing right now in June, north of the equator, and our winemakers are headed toward bottling 2018 white wines. South of the equator, it’s about to become their winter. Leaves have fallen from the vines, and the vineyards are going into dormancy. The wine cellars are finishing off their fermentations. When choosing wines and their vintage dates, wines from south of the equator have already been on the market for six months ahead of their northern hemisphere neighbors.

“Perhaps the single most important characteristic of the Mendoza terroir is its location in the high altitude Andean foothills. The premiere winegrowing areas average between 3,000 and 5,000 feet above sea level. As altitude increases, the average temperature decreases, in general 1 degree Celsius (1.8 degrees Farenheit) for every 100 meter (328 feet) increase in elevation. Winegrowers can literally climb up and down the mountain side in order to find the ideal temperature and microclimate for each varietal. It is even possible to match desired wine styles of a single variety with different altitudes and their respective microclimates.

“As is typical with mountain climates, Mendoza enjoys a wide temperature difference between daytime highs and nighttime lows. This wide thermal amplitude between bright sunny days and cool crisp nights allows for gradual ripening of the fruit. This factor combines with the typically mild harvest season to allow for prolonged cluster hang-time. The resulting fruit is well balanced with fully ripe, soft and almost sweet tannins.” 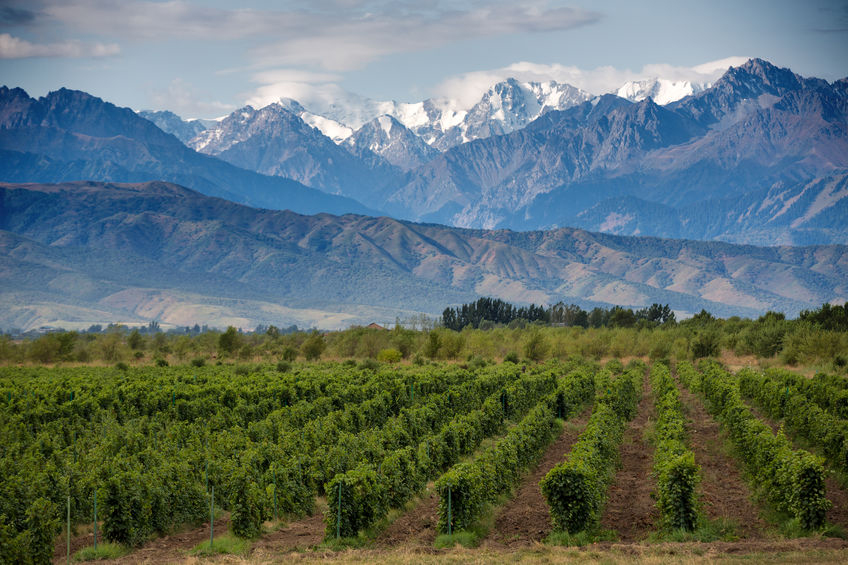 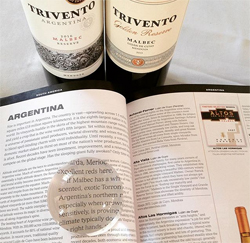 Adding to the above mention of Mendoza’s Winegrape growing region: Terroir is a very complex subject, just as humanity has proven to be. To have three distinct winds affecting grapes in any given region, like they do in Trivento’s Mendoza vineyards, each wine with its distinct influence, makes Mendoza, Argentina’s terroir even more complex… definitely more complex than any average region’s climate. Just image having three partners that come at you, one after the other, each with its own job to do. One’s enough for most people, for good reason. Although, the winds of change these days may be turning what used to have some sense of normalcy, Argentina’s terroir still remains very unique.

“Malbec fell in love with the South” ~ Vineyards Mendoza, Argentina. The grapes are primarily sourced from the Luján de Cuyo and surrounding areas. Alluvial soil.

When in the mid-1990s Concha y Toro, Chile’s leading wine producer, announced its successful purchase a collection of vineyards (now accounting for 3,185 acres) in the Mendoza region of neighboring Argentina, there was little doubt on either side of the Andes that change was in the air. Wind is the agent of change, so it was only fitting that the new venture was named “Trivento” (Three Winds), a whimsical reference to three winds that sweep through Mendoza and are such a distinguishing feature of the region’s climate and environment.

The wine is harvested in April by hand, aged in French oak barriques for 6-months, and then aged for an additional 5-months in bottle prior to release. The blend is Malbec 70 percent, Bonarda 20 percent, Syrah 10 percent. BACK LABEL: In Argentina’s Andean foothills, Malbec danced upon a generous terroir where it could attain its tremendous potential. Adding Bonarda and Syrah, it also expresses a distinct character in these lands.

Trivento’s principal vineyards are located in the Uco Valley, Maipu, Lujan de Cuyo, San Martin and Rivadavia districts of Mendoza – a wine region that exemplifies the advantages of high-altitude viticulture. Here, significant differences between day and night temperatures help minimize the risk of pests and disease. Vineyards that receive barely 8 inches of rainfall a year are irrigated with natural snow melt from the Andes. Not least, vineyards can count on the beneficial effects of the three seasonal winds for which the Trivento winery is named. The icy Polar wind in winter forces sap deep within the vines. It is succeeded by the Zonda, which races in from the Andes, its warmth rousing dormant sap to generate new spring growth. In the summer months a third wind, the Sudestada, provides a welcome respite from the searing sun and helps to temper ripening.

When you taste this wine, keep their winds of change in mind… This is truly one of my favorite Malbecs, in all of the world. Trivento does a great job with it; each time I taste it, it’s with really fine pleasure, like a sunny day with nothing to do but relax and sip it all in… Maybe some of that grilled chicken to enjoy with it, too.