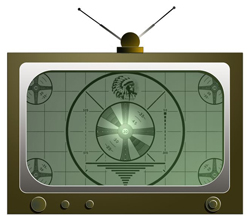 Honestly, our American culture, in this May of 2019, has so drastically changed from when I was, say, 5-years old, in Maine. This seems unreal to me, now, but I do remember the first TV that came into my home. My dad was an early adopter of electronic gadgets. We had the first TV in our neighborhood, and it just “took over.” The continuing developments… TV dinners, then T.V. trays, followed by instant rice, and all other food sources becoming bleached and packaged, and – T.A.D.A! – GMOs… and everyone eats in his or her own private space, a lot of the time, with a hand held gadget.

Let’s Go Off To Europe for a different view ~ Passeggiata, it’s so Italian and it does include wine!

I remember my first trip to Europe and how “at home” it felt. So many buildings are just ancient, built by invaders, in fact… (e.g., Vikings, Moors, and Romans)… Their ancestral culture is still well represented, wherever I went. There’s so much visual evidence, live and in person. It’s life altering… The industrial revolution didn’t penetrate into their neighborly passage of time. As a result, their culture of closeness, with each other, is still flourishing. It’s what has the center of their towns still buzzing with activities, with this being a long forgotten culture in “today’s” America. 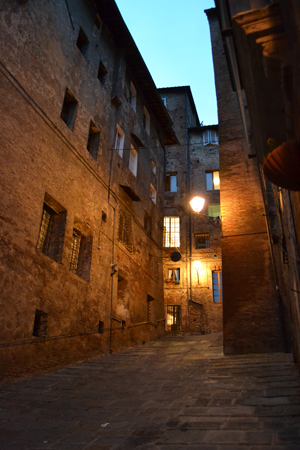 Fast forward to now, Italy. Simply by the scheduling of eight days: four days in Tuscany, as a guest of Castello di Meleto in Gaiole ~ In the Chianti Classico region of Tuscany; and four days at Colonnara Viticultori in Cupramontana ~ in the Castelli di Jesi region of Le Marche. I was off and running to experience the Italian cultural name for what we were consistently going to be doing: passeggiata ~ pas·seg·gia·ta/ˌpasəˈjädə/

Before and after dinner in Italy, Italians… all Italians… go out for a passeggiata (short walk). And, it’s taken purely for pleasure, making for happier human beings. You see it in their relaxed faces and their healthier looking, body language. Italians might greet each other with an enthusiastic “ciao, ciao, ciao!” said very quickly, like our occasional “yeah, yeah, yeah’s.” Even the kids are out, while you – as an American – wonder, where are their parents?

[PHOTO: Jo Diaz in Fabriano, Italy, from my visit with Colonnara Viticultori.] 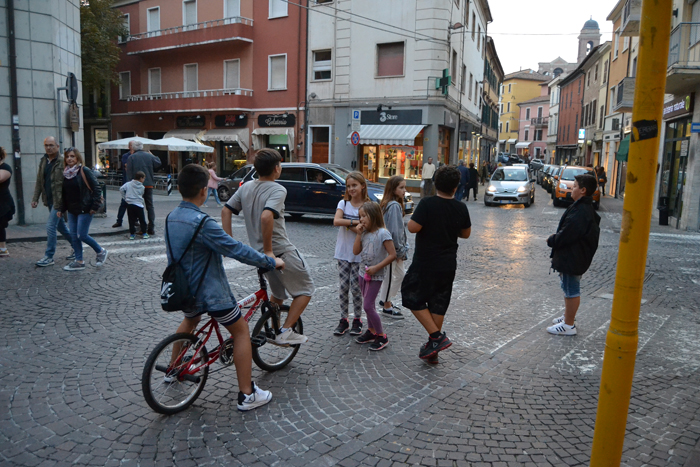 If you can’t get there and haven’t experienced this firsthand, watch some foreign films to see the more regular and calm lifestyle. They have purpose, plot development, and timing.  There’s also their iconic scenery, never lost on my eyes, with a few bottles of wine mixed into images, not as product placements, just a way of life.

Anyone watching foreign films has seen passeggiatas, perhaps never giving it a second thought. These images aren’t staged for historical perspective, though; they’re still just everyday life. Many Italians do it multiple times a day, typically after meals. People aren’t wearing stretchable, plastic clothing, and there are no pedometers. It’s just part of the day… 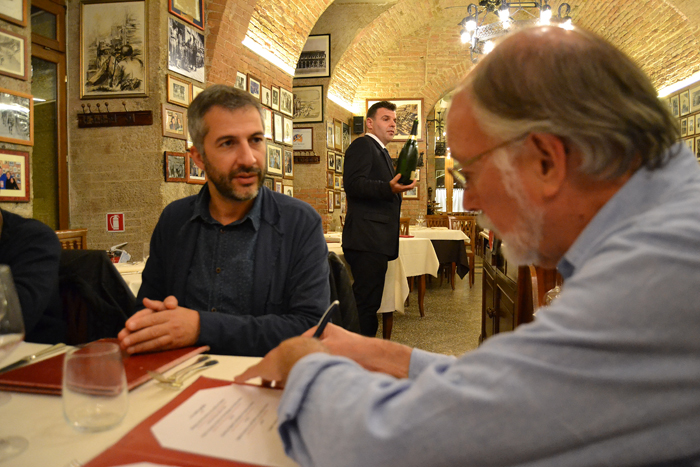 My Passeggiata with Castello di Meleto, headed to Ristorante Guido

After a busy day, which began with visiting vineyards belonging to Castello di Meleto, we then visited their winery and wine cellar. After copious note taking and absorbing the terroir, we then returned to the winery for lunch. Their tasting room offers delectable foods, prepared by the Castello’s staff, which had been feeding delicious and authentic foods to us during our stay. My colleagues and I were there to learn as much as we could about the world of Castello di Meleto, and this was our second to last day.

After lunch, we headed into the town of Sienna, for an afternoon of learning the culture of their largest town, close to the winery. Once arriving, we began what would eventually segue into a passeggiata. 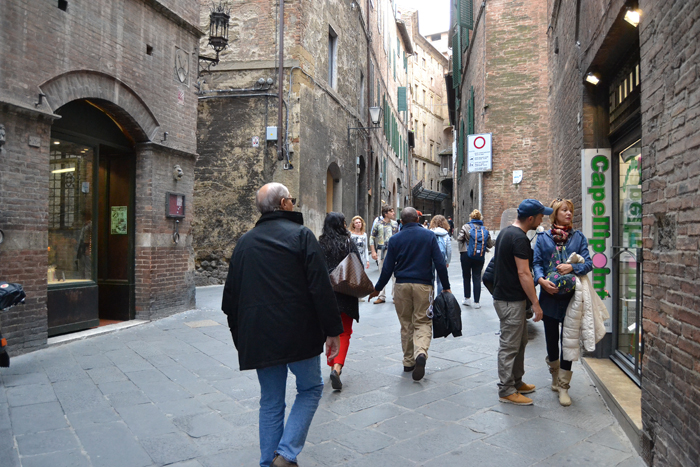 As dusk fell, we headed to Ristorante Guido, for a food and wine dinner so delicious and abundant, with impeccable service, the flavors of the evening, from passeggiata to a veritable ringraziamento (thanksgiving). 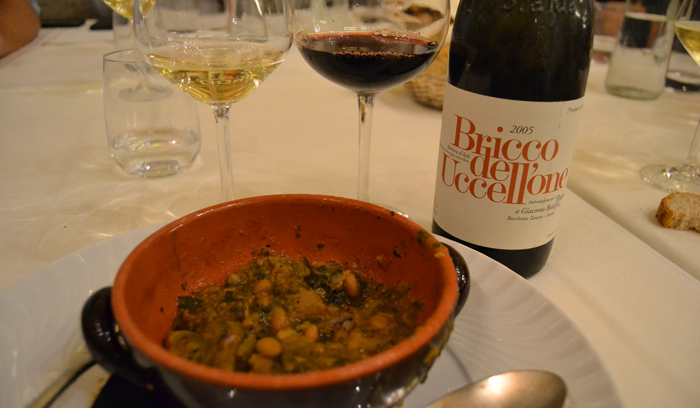 This is an image of Ribollita; a soup that I’m now making regularly… Their tradition is to use their day old bread, as part of a delicious soup stock, enhanced by local vegetables. You have to forgive me with this one. It was half eaten by the time I realized I should have captured its essence.

This is a link to their menu, but let me give you an abbreviated version:

And, of course, we had wines to go with our selections:

We began with bubbles, to celebrate our gathering. Fresh, inviting, and tasty. What a scrumptious way to begin our meal.

The winery’s story tells it all.. I just now have to come up with the 25 reasons, now, why I love Italy (easy).

“The youngest in the serious Millésimé family is a fresh and frothing toast wishing to be different for the young and the young at heart. It need 25 months from the harvest to be ready to drink and… we shall have 25 good occasions to celebrate, 25 friends to share with, and 25 interesting things to do….”

This Barbera was a dark, rich, red wine with tons of deliciously ripe cherry flavors. It was the one wine that perfectly matched my Ribollita. The heartiness of the soup, coupled with the spices and rich ripe cherries of the wine, I had a perfectly harmonious match and a perfect memory to bring back to California, so I could replicate… Così squisito (so exquisite).

“The Bricco dell’Uccellone  is made of 100% Barbera grapes, which come from North-West of Italy, where it’s originally located, so Piedmont origin. Braida is the nickname for Giuseppe Bologna: He was the founder of this company that is located in the north part of Piedmont. Now his sons and wife, both enologists, take care of the brand. The wine’s color is definitely a ruby red tending to garnet in some senses.”

It was so smooth and captivating, I was in a luxurious reverie enjoying this one, after all else, from our passeggiata, wonderful people, delicious foods, and fabulous wines. Brunello is the name of a wine, whose origin is  from the Montalcino region in Italy’s Tuscany. It’s a law that Brunellos must be made using 100 percent of the Sangiovese wine grape variety. The range of flavors are from strawberry to sensual cherry flavors.

“When it comes to Tuscan wine, Sangiovese is king. Although the grape appears in many appellations of the region, that doesn’t mean all Tuscan reds taste the same. On the contrary, the region demonstrates just how different Sangiovese can taste from one appellation to the next. Terroir, climate, tradition, blending, and aging all affect the characteristics of Sangiovese wines, leading to endless exploration for Sangio lovers.”

“Established in the mid 1800s, Biondi-Santi is one of Italy’s greatest historic estates. While some might argue that Barolo is the king of Italian wines, when looking at the extraordinary balance, elegance and longevity of Biondi-Santi’s wines, there is a compelling argument that it is Brunello that deserves the crown. “

When we left the restaurant, we were all more than satisfied, and so we began our “after dinner” passeggiata… We all needed time to digest everything that had just happened, during our Tuscan Day. We needed the fresh air, the meandering walk back to the car, and the ride back to the Castello. This day was a memory of a lifetime, allowed by our gracious hosts. It also touched off what I did as a child… “doing something” after dinner, besides the dishes and getting sucked back into that box. We also killed AT&T television… good bye channels, I won’t be missing you, but I do miss Tuscany – forever more.

Michael Yurch of Bluest Sky Import Group, thank you, too.