The World of Wine ~ Romeo and Juliette, when you have an adventurous palate 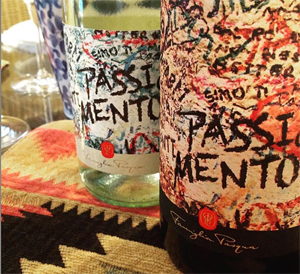 SAMPLES: The following are two springtime-worthy wines, fresh from Famiglia Pasqua, and the vineyards of the Veneto region in northeast Italy.

Romeo & Juliet… Verona is indelibly associated with one of the world’s most famous love stories. The story resonates still; every day around 3,000 messages are written on the 20-foot wall of Juliet’s house in Cappello Street. The label for Pasqua’s Romeo & Juliet wines features an eye-catching photo of that graffitied wall, shot by photographer Giò Martorana, with the PassioneSentimento wine name superimposed. 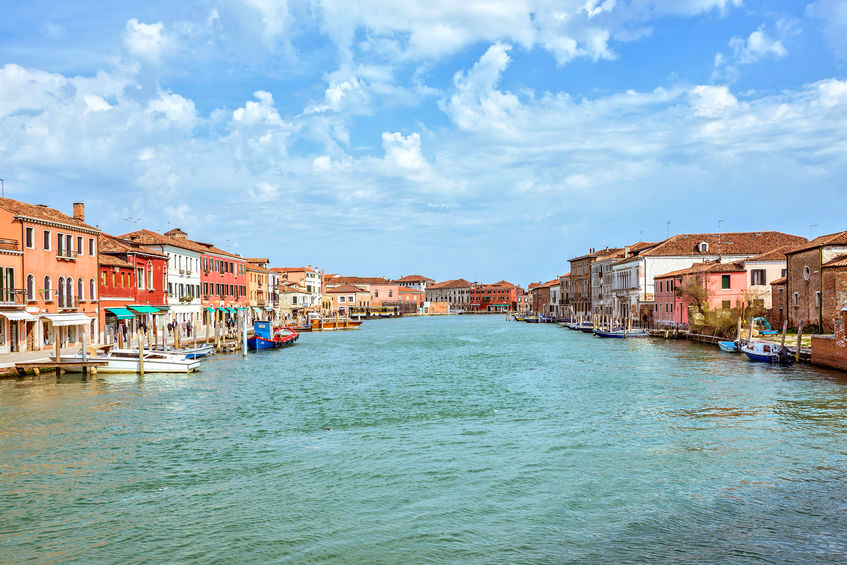 The Veneto Region, from Italia, the national agency of tourism: Veneto :

Situated in Italy’s northeast, Veneto extends from the Dolomites to the Adriatic Sea, by way of an expansive range of hills and a valley furrowed by rivers, canals, and the Po River Delta.

The typical scenery of Veneto’s coast is the Venetian lagoon, and, right on this very lagoon stands perhaps the most unique city in the entire world – Venice, visited by millions of tourists every year.

HEART ~ FROM THE WINERY

Pasqua Vigneti e Cantine is an historic winery that produces high quality Veneto and Italian wines and one of the main players in the Italian and international wine market. A family passion. A century long history. The history of Pasqua Vigneti e Cantine begins in 1925, when the first generation of the Pasqua brothers came to Verona and established a new business devoted to the trade of wines from their homeland, Apulia. From wine trade and retail, they decided to become a real winery. In a few years, with the acquisition of new vineyards in the Verona area, the company progressively gained importance and visibility.

During the 60s, the second generation of the family entered the business, bringing about an opening to export and an orientation toward quality. The constitution of Cecilia Beretta in the 80s, the agricultural estate and innovative research centre for vines, grafting techniques and vineyards, is the symbol of the family’s constant quest for excellence.

When the third generation, composed by Riccardo, Alessandro, Cecilia and Giovanni, started to lead the company, the international market orientation boosted to a peak in 2009, with the foundation of Pasqua Usa LLC in New York. The company now sells wines in 50 countries worldwide. 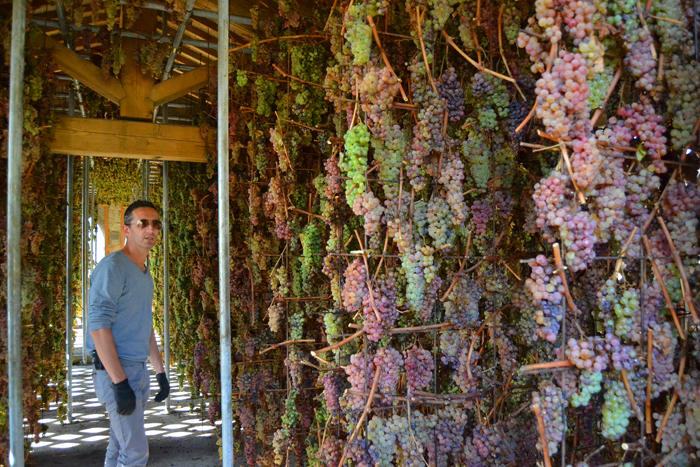 The Veneto is synonymous with Amarone and its appassimento production technique. The drying of grapes to concentrate flavors and aromas, appassimento is an expensive process. To begin with, grapes must be hand-harvested, to avoid damage to the skins, and to enable a selection of bunches in which fruit is spaced more widely apart. Consider, too, that by the end of the 3-months drying process, the fruit will have lost up to 60 percent in volume; thus, many more grapes are needed to make Amarone than is the case for a “standard” red wine. The Pasqua family, however, had the startling idea of making a less expensive white and a red wine, in which grapes lose “only” 15-30 percent volume. Launched in 2014, close on 170,000 cases of Romeo & Juliet PassioneSentimento (Passion-Feeling) were sold in 2017 alone, with the U.S. representing about one-third of the total. Not bad in less than five years!

The preparations, mentioned above, are not lost on this wine.

Romeo & Juliet Passione Sentimento Bianco 2017 ~ Believed to be the only dry (operative word, dry) white wine created by using the appassimento process. This wine is created with the Garganega, native variety. It was harvested by hand, early in the season: lower brix = lower alcohol. The grapes are first dried, for about two weeks. This concentrates aromas and flavors. Then the grapes are crushed, and allowed to macerate and for 12 hours. This process allows even more depth of flavors and structure, creating a very deliciously complex, white wine. One, one final touch… A segment of this wine is then ages in French oak for a few month. Then, the final blend is bottled, and you WANT to know what this one tastes like, if you have an adventurous palate.

As beguiling as Juliette ever was, this wine’s bouquet reminds me of Mediterranean climate peaches and apricots, also delivering extraordinary citrus aromas, like Meyer lemons. Flavors are refreshing, well balanced and lingering, as the story of Romeo and Juliette still lingers a out best known love story.

Romeo & Juliet Passione Sentimento Rosso 2016 ~ This is also a dry red wine, from the Veneto region, which is neither an Amarone, nor a Valpolicella. This really represents going against the grain of the past, in terms of the grape varieties used during the appassimento process. While Romeo and Juliet experienced forbidden love, not being allowed to love each due to their rival families, this Passione Sentimento Rosso has a happy ending… The yin of the yang… The Romeo and Juliet Full Circle

Making this wine begins with whole berries, which are put into small crates. These crates then go into a drying shed, from four to six weeks. The grapes go through dehydration. Extracted fruit has highly concentrated flavors, as you can imagine. More sugar, the fruit flavors are dense, and terroir – that all-encompassing “from right here” – flavors are exaggerated. then, this wine has three months of aging.

This blend is intriguing. It’s Merlot (40 percent), Corvina (30 percent), and Croatina (30 percent). It’s not the Merlot that shakes me to the core… Merlot was my first Vitis vinifera tasted, beyond Manischewitz and then Mateus. It was about the Corvina and Croatina. Getting to taste native wine grape varieties is an adventure… An adventure that’s almost enticingly forbidden, and yet there it is. It’s thrilling to taste outside of the ordinary. And this Romeo & Juliet Passione Sentimento Rosso exactly fits the bill. It’s a potpourri of exotic spices, with rich, red stone fruit flavors, replicating Shakespeare’s intensity.

This is a very distinctive innovation in flavors. Dare to fall in love, again. It will have a delicious finish.