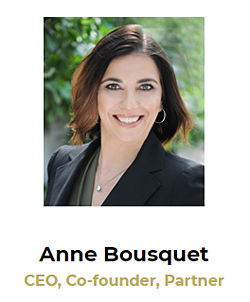 THE STAGE IS SET:

Meeting Anne Bousquet – Al Ameri, of Domaine Bousquet, Mendoza Argentina, at Barn Diva in Healdsburg, brought not only the distance of the two hemispheres closer together, but it also connected many more fascinating dots during the meeting, of how to succeed against all odds.

Anne Bousquet arrived at Barn Diva with friendly enthusiasm, to tell me about her family winery’s success, in the western region of Tupungato, Argentina. I not only learned about that, but I also learned that there’s still hope for a small producer, somewhere in the world, to also take the world by storm.

In the early 1990’s, Anne’s father Jean Bousquet visited Tupungato, Argentina. Four generations of winemaker history, Jean arrived from Carcassonne, located in southern France. He was searching for exceptional terroir, in order to start a new winery. By 1997, a parcel of land was purchased and the family relocated from France to the foothills of the Andes, when Jean had sold his southern France vineyard and winery property. The land he purchased in Tupungato, was completely developed, with no wineries anywhere to be seen. This is land in the Uco Valley. [For perspective, Tupungato is an hour south of Mendoza City.] 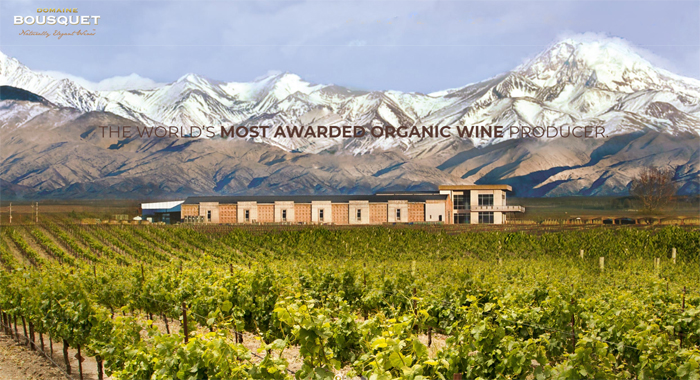 Anne talked about everyone saying to her father, including his real estate agent, “That land! Nobody wants to be in that land. Look! Nobody is growing grapes there. It’s empty, barren land.” But, her father knew what he wanted to do, if only through intuition.

From 1990 to 2019: Today, the read on Tupungato terroir, according to wine-searcher:

Tupungato is the northernmost sub-region of the Uco Valley in Mendoza. The region lies at the foot of the Mt Tupungato volcano, which, at 21,555 ft (6570m) high, is one of the highest peaks in Argentina. The altitude of the vineyards brings clarity of light, water and air and moderates the high temperatures associated with lower latitudes. Full-bodied red wines made from Malbec and crisp, elegant whites made from Chardonnay are specialties of the terroir here.

Jean Bousquet achieved one dream after the other, right up to and including being ready to begin wine sales. Simultaneously, Anne’s educational experiences were preparing her to help grow her family’s Domaine Bousquet. When he was ready, to move to that next step, Anne Bousquet really became pivotal, whether or not she saw it coming. 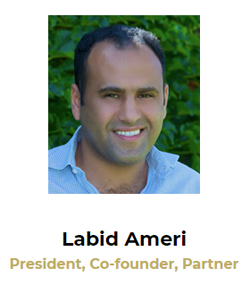 As a young woman, Anne went to the University of Toulouse, where she earned a BA in Economics. She continued on to earn a Master’s Degree in Applied Economics. This was at St. Cloud State University, in Minnesota. She then moved to Boston, where she met her future husband Labid Al Ameri. Their relationship flourished, taking them to Brussels for work.

When they traveled together to Tupungato, Argentina, they saw the work ahead of them… How to sell Jean Bousquet’s wine, now that it was ready. There’s an intriguing components between Anne having studied Applied Economics, and Libid being an international equities trader, at the time. This has created a dynamic powerhouse, that has a brilliant approach their business acumen… It’s so non-traditionally that it’s not anywhere near the box. This has allowed them to successfully exploded their growth potential. Today wine sales are booming, and the wines are all so delicious. 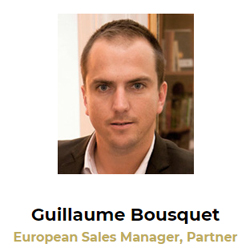 Anne Bousquet’s brother Guillaume Bousquet is also active in the family. From his biography:

Guillaume is responsible for the European market of Domaine Bousquet. Born and raised in a family vineyard, Guillaume holds a Masters in Marketing from IEA, University of Toulouse, France. He assists in the development of the annual marketing plan for the winery. After two years of managing sales in Europe, he traveled to the USA for three years, to establish a sales and marketing plan. In 2015, he returned to France to manage the European market.

Anne also brought a French/Spanish sensory flavor to her wines. As her story unfolded, Ann talked easily about her father, who – against everyone’s wishes – when to Argentina and chose new terroir to begin anew. No one understood what he was wanting to do, though. People couldn’t believe where he was willing relocate his family. And yet, a dream shift is a dream come true… Legacy with terroir… The Bousquet Family 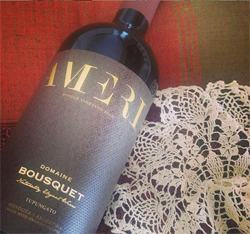 Today, the wines decry their soul: high desert, back drop of the dramatic, white-snowcapped Andes, lining the base at the foot of the mountains… Seemingly rugged, but more determined. Each of the following wines were sensational. Perfectly balanced, true to character, with a bit of vibrancy and enjoyability that make me crave still more. Fortunate to take the six samples home; my husband and I enjoyed them with many more meals for a few days. I highly recommend each of their wines… So much integrity, purpose, and connection to their terroir. And, their value exceeds your wildest expectations.

PHOTO by logia: Medieval walls of the castle of Carcassonne, Languedoc-Roussillon, France, just for regional reference of Jean Bousquet’s origin.

JEAN BOUSQUET: My Bousquet family comes from Carcassonne, a city of in the South of France. We have four generations of winemaking history. Our passion is to produce wines of superior quality and this is what lead us to Argentina to begin a new chapter in the tradition of our wine making.