Antoine Laurain’s Vintage 1954… It Was An Intriguing Year 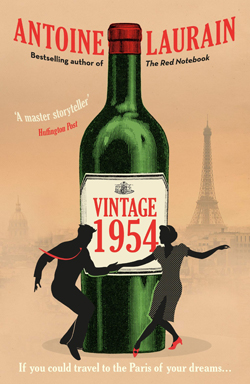 WINE-BLOG REVIEW: From the moment I touched the book, it was immediate love… The smell and feel of its pages… A tender, Parisienne SciFi, stepping back through a 1950’s portal… all because of a bottle of wine, the right circumstances, and four characters… Every detail of 50’s in this story, and today’s modern times, are found within its pages. There are two realities; or, existentially are they?  It’s for the readers to discover. Antoine Laurain has written a very alluring novel, that I will be reading again, just for the fun of it. My eyes were devouring word candy.

This captures the heart and soul of Vintage 1954.

Antoine Laurain has captivated American readers with charming books that combine a philosophical idea with an uplifting narrative. Each of his books are like a good fable that leave the reader with something to ponder.

Laurain’s new novel Vintage 1954 features a charming quartet of protagonists, a fabulous bottle of wine, vineyards, a love story and offbeat time travel. It is set in the nostalgic Paris of everyone’s imagination — when Paris was truly the style and cultural capital of Europe and the epitome of utter Frenchness. 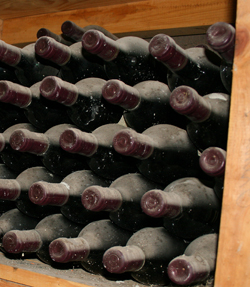 When Hubert Larnaudie gets locked in the cellar of an old apartment building that’s been in his family for generations, he celebrates his rescue by opening an exceptional bottle of 1954 Beaujolais with his new friends, a ceramics restorer, a bartender, and a tourist from Milwaukee. They have no idea that this batch of wine has special properties. One sip and the next morning they wake up are find themselves in Paris in 1954.  How are they going to get back and what will they learn in the process?

After their initial shock, the city of Edith Piaf and ‘An American in Paris’ begins to work its charm on them. The four delight in getting to know the French capital during this iconic period, whilst also playing with the possibilities that time travel allows. But, ultimately, they need to work out how to get back to their own lives. And the key lies in a legendary story and the vineyards of the Chateau St Antoine. 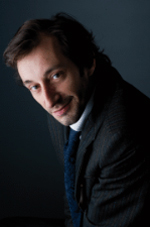 From Amazon: About Antoine Laurain

Novelist, journalist, screenwriter and collector of antique keys Antoine Laurain was born in Paris in the early 1970s. After studying cinema, he began his career directing short films and writing screenplays. His passion for art led him to take a job assisting an antiques dealer in Paris, an experience which provided the inspiration for his prize-winning debut novel.

Antoine Laurain is a journalist, antiques collector and award-winning author. His novel The President’s Hat was a Waterstones Book Club and ABA Indies Introduce pick in 2013. Antoine represented France at European Literature Night 2014.  Gallic also published his novels: The Red Notebook, French Rhapsody and The Portrait.