As I was inviting our friends Carole and Rob Rinne to share a tasting of four Malbecs, I had this brain poof… “I wondered what vines in South America had any phylloxera problems?”

I vaguely remembered that Chile hadn’t, or was it Argentina? What if it’s all vines in Chile and Argentina… All of South America?”

I needed a good refresher and I knew it, but I didn’t have the time at that moment. So we didn’t make this a comparative focus for Malbec from Argentina and Malbec from Chile.

As a joiner to this stream of thoughts, a couple of days ago… there it was, as I was reading James M. Gabler’s Passions ~ The Wines and Travels of Thomas Jefferson, and the answer appeared.

“Phylloxera, a root louse that attacks and kills the vines’ roots, was accidentally introduced into France in the early 1860s on vines originating in the eastern United States to replace diseased vines and for hybridization. Within 25 years phylloxera destroyed almost every vineyard in the world except those in Chile, Cyprus and a few other scattered areas.” p. 62

Head back to spinning, with what I thought could be a very unique comparative… Isn’t it marvelous to think of Chile and the country of Cyprus as having primal varieties; i.e., on their original rootstock, not having been grafted onto America’s phylloxera resistant rootstock? I just think this is so cool and primal. (Next time, South American comparative tasting… next time.)

So, anyway, a Malbec tasting was being organized… Right down to a grande finale of food to pair with the wines. 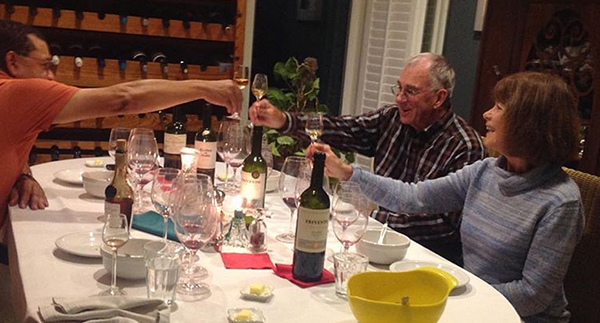 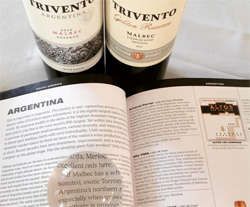 What each wine gave to me

It’s a great day when we have lovely friends, delicious wines, and a fabulous tasting experience. Life is what you make of it, n’est ce pas?