“Petaluma Gap Winegrowers celebrated the new AVA with Congressmen Thompson and Huffman on May 29, at Gap’s Crown Vineyard.”

Why is an AVA so meaningful to me? Because, Jose and I have been helping Suisun Valley since 2005, in one capacity or another. It’s been extremely rewarding to watch this region go from pretty much obscurity to one that is now officially on the map and doing quite well. (When Napa Valley decided to move into Napa, I’d say that’s arriving.) 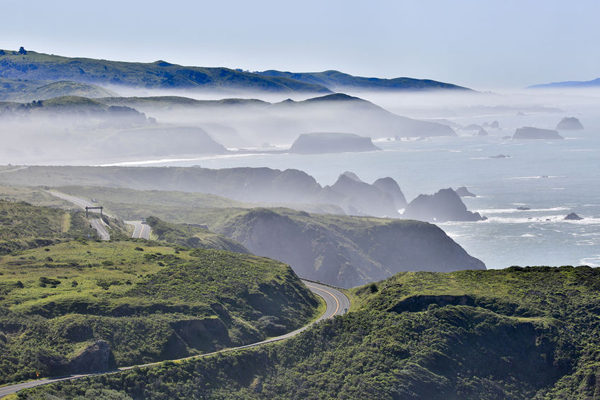 Something that was a bit elusive for me was actually grasping exactly where the Petaluma Wind Gap originates. Everyone writes about it, but knowing exactly where it comes in is not as well pinpointed. At least, that’s what I thought until I finally fell unto the Petaluma Gap Winegrowers Alliance site. Their tag line is From Wind to Wine. I wanted to know as much about it as I could, because it helped me to define terroir for Green Valley; in my own words, though my own understandings.

The Petaluma Gap Winegrowers Alliance celebrated its recent approval by the Tobacco Tax and Trade Bureau (TTB) as the newest American Viticultural Area (AVA) at a ceremony and wine tasting held on Tuesday, May 29. More than one hundred attended including winery and grower members, trade and media and were joined by United States Congressmen Jared Huffman and Mike Thompson, both of whom were personally involved in the granting of the AVA. The ceremony took place at Gap’s Crown Vineyard in Penngrove on one of the vineyard hilltops with expansive views of the Petaluma Gap and exposure to the persistent afternoon wind, the AVA’s primary defining attribute. More than 20 wineries participated, pouring more than sixty wines, all made from grapes grown in the Petaluma Gap.

From their press release:

“The first wines labeled with the Petaluma Gap AVA designation have begun to appear on store shelves and it’s very exciting” said newly-elected PGWA president Justin Seidenfeld, Director of Winemaking at Rodney Strong Vineyards. “Seeing the words ‘Petaluma Gap AVA’ on the label helps consumers better connect the dots between the unique character of our wines and the region in which our grapes are grown.”

All steps taken as I watched Suisun Valley grow into its skin, and now other people are having the same excitement.

About the Petaluma Gap Wine Alliance

Founded in 2005, the Petaluma Gap Winegrowers Alliance (PGWA) exists to educate the wine trade and consumers about the Petaluma Gap and to increase awareness of the region’s unique growing conditions and resulting wine quality. PGWA additionally supports member winegrowers and vintners within the region through ongoing programs and communications designed to help maximize their success within the industry. The group’s membership is made up of grape growers, wineries, associate business members, sponsors and local community members with a passion for the region and its wine. Throughout the year, the group conducts educational events and tastings independently and through the Sonoma County Vintners.