SOMMs, Start Your Engines ~ The Booklovers’ Guide to Wine, by Patrick Alexander 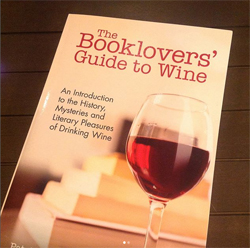 About The Booklovers’ Guide to Wine (An introduction to the History, Mysteries and Literary Pleasures of Drinking Wine), by Patrick Alexander…

The entire time I was readying this book, all I could think of was: “if anyone is really into wine and contemplating becoming a sommelier, this book is a prelude… A wine library should be/would be the most welcomed destination. Valuable, valuable, valuable.

And I say this after knowing that SOMMs have a boatload of details to learn… Do I need to throw on another layer?

This book is like point-counter point, reaffirming, just another connection… Albert Einstein’s brain has been studied. Results… It’s the amount of connections in his brain that gave him his genius. A network from one concept had many links/memories; so, the quantity created more images than average, with a massive amount of thoughts for the best recall. You may already know this, or not. Either way, it’s a great refresher, just like The Booklovers’ Guide to Wine. 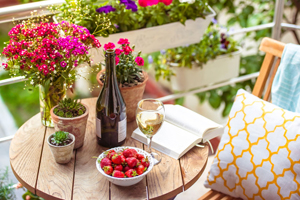 Learn why great wine and great writers are a wonderful blend

Under the careful guidance of his father, Patrick Alexander began drinking wine with his meals at the age of five. At the same age, encouraged by his mother, he began a lifelong love affair with books. The twin pleasures of wine and writing remained his passion for the next sixty-five years. For the past six years, Patrick has been teaching a sold-out wine appreciation class at the nation’s [number 1] independent bookstore, Books & Books in Coral Gables, Florida. The Booklovers’ Guide to Wine is based on this very successful class and blends Patrick’s passion for the culture and history of wine and his love of literature for the world’s great writers. A literary twist on traditional food and wine pairings, this book explores how great wines and great writers can be combined to enhance the enjoyment of both. The book describes the history of wine from the time of Noah to the birth of two-buck Chuck. It explores the significance of terroir and varietal, the differences between Old World and New World wines, and much more.

Welcome, all wine nerds, to a world

…where, if you don’t have the time to study to be a SOMM, but you really love the world of wine and have an insatiable appetite, this is the captivating banquet you’ve been waiting to experience.

For me, the history was compelling. And so Chapter Three will begin for you:

“Since the dawn of history, mankind’s greatest quest has been to find not only food, but fresh, drinkable water. Many wars have been fought and lives lost in the struggle for access to fresh water. Because most available water has not been drinkable and carries diseases; alternative liquids had to be found, and since the discovery of alcoholic fermentation some ten thousand years ago, beer and wine have been the most common safe alternatives to water.” p.93

And the quotes, for your entertainment at the beginning of each chapter:

“Quickly, bring me a beaker of wine, so that I may wet my mind and say something clever.” Aristophanes ~ p. 147

Connect with new terms… This one is especially sweet, something I hadn’t yet learned in viticulture (but did in maple syrup making), and is such a delicate nuance:

In “The Year of the Vine” figure:

Weeping: As winter ends, the ground temperatures rise, and once the vine senses the first stirring of spring in the air, it slowly returns to life. As the temperature one foot beneath the surface reaches about 50 degrees Fahrenheit, by a process of osmosis, the sap starts rising from the roots deep in the earth and spontaneously begins to drip from the cuts where the vine was pruned the previous season. It is a beautiful and moving precursor of spring when a whole vineyard begins to glisten with the rising sap, a sign that the cycle of life will begin anew. This natural phenomenon is called “weeping” or bleeding, and each individual vine is capable of weeping eleven pints of sap.

While living in Maine, I watched the same process of “weeping” happen to Maple trees. While living in California, I marvel that maple tree leaves are so similar in shape and appearance to wine leaves. That extra connection… weeping will never be the same to me. So much to learn, so little time…