The upcoming Heart of the Deal is especially fascinating, and very well crafted. I you like Latin, you’re going to love this one.

THE HEART OF THE DEAL:

At the center of an old, windswept Roussillon vineyard sits an imposing rock, which, according to local lore, possesses the magical ability to capture power from the Earth and spread it through the surrounding land. And, perhaps, a little magic infuses the single-vineyard wine which comes from this best and oldest vineyard on the Bila-Haut estate and shares the name of its site: Occultum Lapidem, or “Hidden Gem” in Latin.

Occultum Lapidem is made by 100-point wine scorer, famed Rhône-great, owner of Domaine de Bila-Haut and wine philosopher Michel Chapoutier. Indeed, the names of Chapoutier’s three top Bila-Haut wines, V.I.T. (Visitare Interiore Terrae), R.I. (Rectificando Invenies) and Occultum Lapidem (O.L.) are based on the acronym V.I.T.R.I.O.L., used by alchemists of the Middle Ages — the philosopher-scientists of their day. It stands for Visita Interiora Terrae Rectificando Invenies Occultum Lapidem Veram Medicina and translates to “Visit the interior of the earth, and by purifying (what you find there) you will discover the hidden stone, which is the true medicine.” For Chapoutier the motto-acronym defines his own winemaking philosophy: the vital interaction between Earth (the land component of terroir) and Life (represented by the vineyard).

THE SCIENCE OF THE DEAL:

The Land of Occultum Lapidem: Devonion schist soil defines the Latour de France AOC, but this particular patch includes gneiss from the same period and limestone from Kimmeridgian period: complex soils for complex wines. The wines draw warmth and richness from the schist, strength and balance from the limestone and minerality and freshness from the gneiss. Gneiss and schist both have a laminar structure, allowing vine roots to burrow deep between layers of rock, absorbing character-forming minerals along the way and providing access to precious moisture in this often drought-challenged part of the world. Along with the Northern Mistral wind, the cooler microclimate here enables added hang-time for the fruit. The 2015 Domaine de Bila-Haut Occultum Lapidem is Syrah (50 percent), Grenache (30 percent), and Carignan (20 percent). The blended wines are from the best and oldest vineyard in Michel Chapoutier’s Bila-Haut Roussillon estate.

THE SOUL OF THE DEAL:

Bila-Haut has always pleased me. I think of the color purple, when enjoying a Bila-Haut red wine. Purple’s the color-blend bridge between blue’s ultra violet and red’s infrared. They conjoin in precise depth. Flavors of blueberries, yet red fruit, with the aromatics of violet. This 2015 Domaine de Bila-Haut Occultum Lapidem just brought its profoundness to what I enjoyed. I will forever remember that oval rainbow, with a yin-yang balance. What more could I even say about Bila-Haut Occultum Lapidem? 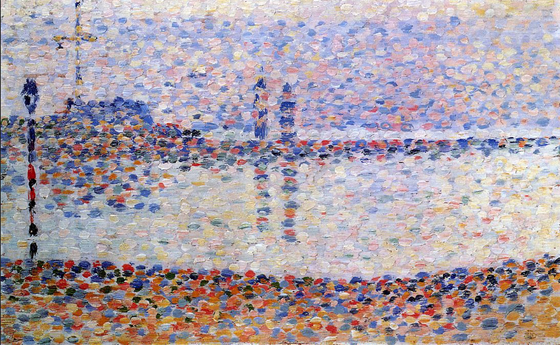