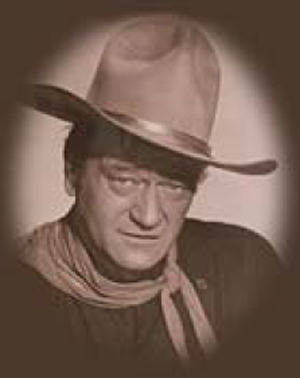 A bit of a back story, first…

In 2002, when I began PS I Love You, the advocacy group for Petite Sirah, the wines were very big, and “rustic” was a common description. I got to thinking about how Petite Sirah kinda reminded me of John Wayne, and this quote from him, “Courage is being scared to death, but saddling up anyway.” This inspiration is what it took for me to think about Petite Sirah, in order to get through a tasting of 20 or more Petites, using John Wayne’s own words. Louis Foppiano, who first introduced me to Petite, wanted a Petite Sriah symposium and so I delivered. Once the group got going, I wanted to describe Petite in my own words, not the usual, tastes like…. (name that blueberry fruit). And so I wrote and then created a handout for the members of PS I Love You: Petite Sirah, The John Wayne of Grapes, Is Our All-American Legend

I handed it out to all of the members at the time, and here’s the key point:

It takes true grit to get it, this Petite Sirah. It’s not for fainting ladies. It’s not for the White Zinfandel crowd. It’s for the cowboy or cowgirl in all of us. Fasten up your spurs, Partnah; we’re headed for a ride!

So, today, since Mendocino Wine Company is a member of PS I Love You, and I’m still the founding executive director, I’m not going to wax poetic about the flavors. What I am going to write about is the total experience,and there’s a lot to talk about here.

THE HEART OF THE DEAL:

2017 marked the 85th anniversary of Parducci Wine Cellars, the longest running winery in Mendocino County. Family-owned and operated by the Thornhill family, the Mendocino Wine Company continues the tradition of making award-winning wines using sustainable wine growing and land use practices. They have created an example for how to leave the world a little better than they found it. In recognition of their leadership, the State of California three times (2007, 2009, and 2014) has awarded Parducci Wine Cellars with the Governor’s Environmental and Economic Leadership Award (GEELA), California’s highest environmental honor.

THE SCIENCE OF THE DEAL ~ from winemaker Bob Swain

THE SOUL OF THE DEAL

I hadn’t looked at the tech notes first, I need to let you know. I really wanted to explore and find what would join (or not) these wines all together. When a new wine is launched, if there are reasonable resources available to experiment and find a winemaker’s groove, launch time is the best time for experimenting. And that’s just what winemaker Bob Swain did… Just compare the above notes, for starters.

So, as I tasted, consistency wasn’t the key phrase, which made me realize that this is just the beginning. Someone finding his perfect elixir was going on, for sure. And, we have to consider that this was a new wine and there were big decisions going on. I was tasting history and evolution; true and remarkable grit differences.

Two constants, I do have to mention, 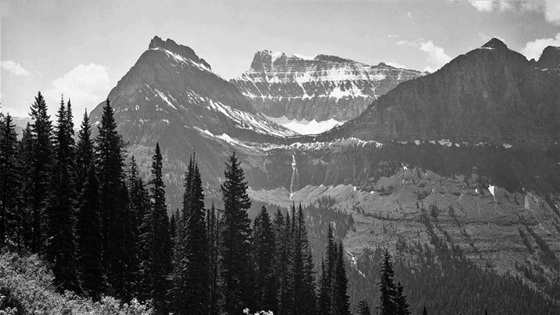 Do I attribute this to the wines themselves? Do I attribute this to each year the wines lose a bit of tannic structure? No, I don’t. If you look at winemaker’s Bob Swain’s use of oak, this is the indication I see. Oak barrels also have tannins, and with aging in the teens, the difference from one year to the next would be more negligible. So, it’s OAK…

Clearly there are three completely different expressions of Petite Sirah from one producer (Parducci) and a winemaker given free rein to experimenter.

Looking for a very different experience in a vertical? This one is really it. This is a great lesson in winemaking, for anyone wanting to compare vintages from one year to the next, when a new brand is being launched and a winemaker has the resources to experiment.

I did have a favorite. I can say that. It was the 2004. Perhaps it was the Viognier edge? Perhaps the tighter grain of French oak, so less oak is absorbed into the Petite, which delivered a bit more fruit? We’re all so different, so I’ll be curious for others to experiment with this one and get back to me.

It was a grand time, regardless, and I’m so fortunate to have had this experience, that is for sure. True Grit, an extraordinary dream realized…