New Rock n’ Roller Who’s Segued to the Liquid Side ~ An update, so soon 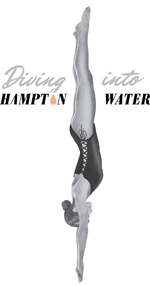 Jon Bon Jovi and his son Jesse have launched a rosé wine brand.  Always a fan of rosé wines, Jon has realized a dream, by collaborating with négociant Gerard Bertand. Together, they’ve created the  Diving Into Hampton Water brand. Inspired by the Hamptons, of course, where Jon Bon Jovi’s family has spent its down times.

Diving Into Hapmton Water is produced in France’s Languedoc-Roussillon region, under Bertrand’s guidance. This appellation is known for being the biggest wine producing region in the world, and has more sun than any other area of France. It has Mediterranean and Spanish influences, as it borders the northeastern region of Spain. This Rosé should prove to be intriguingly delicious.