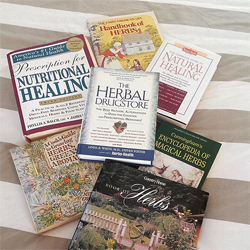 Will the legalization of marijuana have a negative impact on wine sales? I skimmed a story that was thought to be likely.

In the 1960s and 70s, I would have said “yes.” Wine just didn’t do it for me, back then. Now, as a wine consumer and publicist within the wine community, I don’t believe it will have that much of a negative impact. Perhaps in the beginning, but not in the long run.

Look, the medicinal benefits of marijuana have been known throughout time. It’s a medicinal herb, just as Turmeric has been shown to help remove carcinogens, as it helps to remove the smoke that we either put into our bodies of subjected to with pollution. St. John’s Wort has proven to help in cases of mild to moderate depression, and Valerian relaxes tense muscles.

The health benefits of marijuana are declared to be:

The talk of Jeff Sessions having stock in private prisons is not as likely as that he has stocks in pharmaceutical companies. Let’s research that one. Otherwise, what’s it to him, really, that people want to enjoy the health benefits of Mary Jane?

Those who were enjoying its benefits in the 60s and 70s, including the calming of nerves (during the Vietnam War, most especially), have either stopped in deference to legal wine, or have simply continued to be underground. The former are most like to continue with wine. The latter are just going to buy it legally, now. The uptick is going to increase, yes, but it’s not going to have a substantial effect, after all settles in.

The real increase is going to be increased revenues for the states that have been the early adopters. It wasn’t until alcohol’s Prohibition was reversed that Marijuana became illegal. (Got to have a way to get some people into jails, right, to keep that industry humming?) Now, because of marijuana, the prisons are on ridiculous overload.

Long story short. I once met a man whom the Bangor Daily News claimed was one of the 10 Most Wanted, when he was captured. He was up for four counts of bank robbery, the state police told me, and seven counts of murder – two of whom were friends that he buried after. He was very intelligent and charming, but he was also very dangerous. He had shared with me, before I had him leave my life – that when he was 16, he broke some windows, was put into prison, and that’s where he went to school. This is what our system does. It puts people who need help into jail, instead of rehab.

The impact on the wine industry is going to happen at first, yes. But in the long run, it will settled down and become minimal. People will have just one more choice for relaxation…

Herbs commonly sold as standardized extracts, according to The Herbal Drugstore

Finally, we can get Marijuana written into these books.