Wines of the Week

It’s pretty interesting when one starts a wine business. I’ve taken more than a few people through this process. First the owners have a few bottles to sell (between 200 to 500 cases). The price is set and off they go. As they grow, they’ve got this and that they need to do. Then there’s inventory and opportunities that arrive. Newly priced bottles are a step. Generally, establish a higher price first and your business grows. Establish a lower price first and the upper business will suffer. These things also happen in cycles, so this is not a completely constant rule, mind you.

So, this is a perfect case study 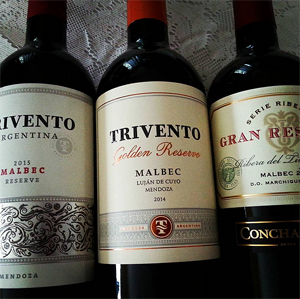 Each of the following wines is a Malbec by 100 percent, that I’ve been able to enjoy (as samples and my own purchases).

CONSIDER: What takes a wine from one price point to another, as these three examples demonstrate?

Above is our guide to import prices that I’d be more than happy to pay the prices asked to, in order to have the wines. I’ve had a few years of tasting the wines being offered for this review. They’ve each been delicious. and they’re solid; as in being a solid quality, for a best value, wine. If you’re looking for Malbec from South America, and you see any one of these bottles in the South American wine section… and I were standing beside you… I’d say, “Good wine for the money,” and smile; because, I’d be telling it like it is. 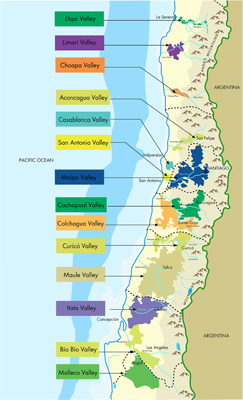 And this, my friends, is just the beginning… the earth from which all is sprouted. There are grape growing practices, a team of knowledgeable people guiding each step, very competent staff with management and admin issues, vineyard staff and consultants, winemaking production and consultants, marketing and PR. It’s a long list, but this gives you a 101 Bird’s Eye view of how the same company can offer three very different Malbec flavors, each delicious in its own right and worth the asking price, as different as each one is.