White with Fish, Red with Murder ~ a novel by Harley Mazuk 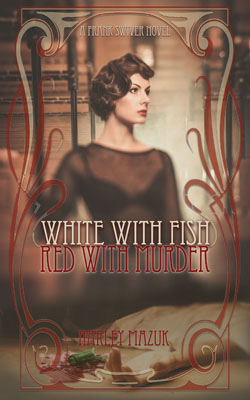 White with Fish, Red with Murder, by Harvey Mazuk, is a murder mystery set in San Francisco and Russian River Valley in 1948. Harley Mazuk’s novel is one where you imagine Art Deco influences, with Humphrey Bogart (playing P.I. Frank Swiver) and Lauren Becall (Cicillia “Cici” O’Callaghan, as a brunette) getting it on in more ways than one. He calls her “doll,” she a vixen who’s sassy as all get out, and the intrigue, suspense, and sensuality draw you in… in this who done it, and why it’s been done to whom novel.

Does it help that it’s set in my neighborhoods? Yes, completely for me, while it will educate others to wine country, California Bay Area style.

SAN FRANCISCO: We who live here are familiar with all of the neighborhoods and can visualize every step. Those who don’t live here can gain a few insights into neighborhoods; but, one must also go back in time.

WINE COUNTY: Russian River Valley ~ I drive down all of these roads every day I’m out and about. Wohler Road? Com’mon, the Russian River just majorly flooded this past February, and we had to go around to get to River Road to make appointments. I used to work on Westside Road, so it’s easy to visualize, as I still travel on it. Healdsburg, many of you who come to Sonoma County know it well. Forestville, Bodega Bay ~ he’ll take you there, I’ll see you there.

Even though Harley Mazuk was born in Cleveland and now lives in Maryland; he knows these neighborhoods well, though, while he shares his love for California wines (and the business life-style side of it, shaped into this well-crafted novel). 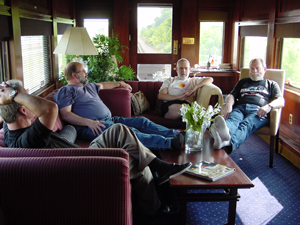 Does it help that part of the story is set on a train (today they’re all vintage cars), with a sleeper seven cabins, six of  which each have an adjoining room to a neighbor, with one master suite in the middle of all the rooms on that car for a principle character? That it’s all about wine, vineyards, and sales people? Yes, because I’ve been there and done it all. Harley does a great job of describing all of these aspects in his story. I’ve lived all of it, except the who-done-it-part. (I escaped that one – literally, and it just all came flooding back.)

In this story, Frank Swiver accepts an invitation by a wealthy wine connoisseur to attend a tasting in this rail road car, and the intrigue begins.

Pages Marked ~ Do you also make note of quotes?

Right away, page 17, Petite Sirah is brought up in the following way: “No one knows what year it [blackbird] first appeared. But the grapes it watches over are the best in California, year after year. Zinfandel, petite sirah, Alicante, carignane – that’s nero misto, you know? The fruit ripens slowly and late, and it is so rich and concentrated, so dark, and so good. The room was quiet.”

And, Petite Sirah comes up again in the end.

“The sparkling wine was gone. I had bought a couple of dozen bistro glasses for the guest, and I circulate among the guests, pouring the first two wines. One was a petite sirah from the Spring Mountain area of Napa and the other pure Alicante Bouschet, from a low-rent district.” p. 320 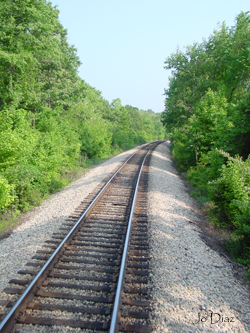 Oscar Wilde quote, a reminder of a bio I was assigned to write, so many years ago: “All of us are lying in the gutter, but some of us are looking up at the stars.”  p.286 (That’s the dark Oscar I remember.)

Nietzsche: “The irrationality of a thing is no argument against its existence, rather a condition of it.” p.335 (A condition of today, to help me stay on an even keel.)

Final thought… for the record

White with Fist, Red with Murder heralds the beginning of a stimulating new series… Thank the good lord for that, because as you realize you’ve just read the final words, you’re already hankering for more.