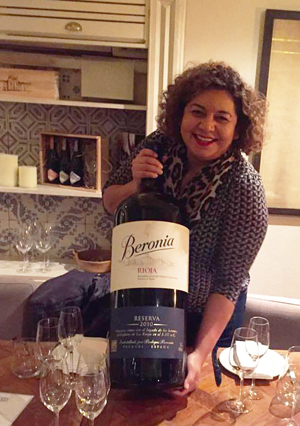 Yes, it really does. Check out how happy my friend Denise Medrano (The Wine Sleuth) is, for instance. The size of the smile on Denise’s face is directly proportional to the size of the bottle…

The bigger the bottle, for instance, the longer the wine will age well. There’s less space (not oxygen, because that was removed and refilled with Nitrogen) at the top of the bottle. With less space at the top, it gives the wine a longer time to age.

Wine bottle names and their capacity is always a fun question for those trivia moments.