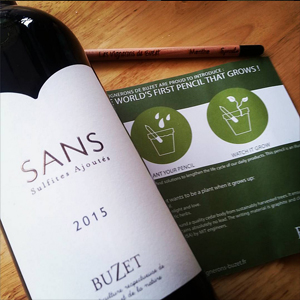 SANS ~ The Wine that “respects both Man and Nature”

Let’s get to it… Buzet… Where are you?

Having French DNA, I don’t mind saying this to you, to help you pronounce French correctly, if you have any doubts. Mostly, you’re not going to pronounce the last letter of many words. Examples:

So, let’s review, and leave off that last letter.

As much as I know about wine (25 years as a wine professional), there’s a million times more that I don’t know. The more I know, the more I realize what I don’t know, in this wine world. For instance, I’ve been loving on Bordeaux this year. Burgundy, in the past, has been my love (and I still love the Burgundy region). The delicacy of Pinot Noirs are perfect for my cursed super palate. I’ve had to train myself to appreciate the joys of Bordeaux, and now I’m all in. I didn’t start out this way, so I’m later to the party than I could be.

Now, when queried about French wines, I’m all over it. And so, when I was asked if I’d taste this Sans Sulfites Ajoutés Buzet, I was intrigued; not just for the wine, but also for the Buzet region. “Where is Buzet,” I thought. 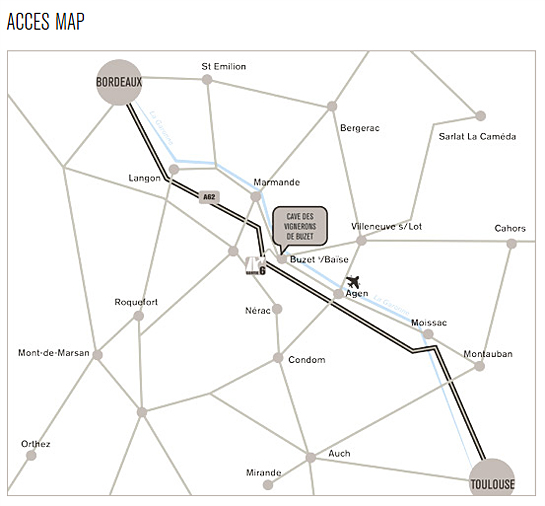 Buzet is an Appellation d’Origine Contrôlée (AOC), representing wines from Southwest France, in the department of Lot-et-Garonne. (The Garonne is a river in southwest France; this I learned as I explored Bordeaux earlier this year. This made it much easier to visualize Buzet’s location. Its production area is spread across 4,400 acres, as it borders Garonne on the east and the great Landes Forest to its west.

The appellation Buzet has 198 wineries. Varieties grown in this region:

The Buzet region’s mission is to ensure the quality of the grapes that are produced, experience the greatest respect for the environment and biodiversity in the process. SANS Sulfites Ajoutés, translates into Sulfites Added. How much sulfite does a wine have, usually? Organic wine-making in the US typically limits the threshold level of sulfites to 100 parts per million (ppm). Levels are generally even much lower, to about 40 to 80 ppm. With no added sulfites, you can rest assured that every precaution has been taken.

It’s interesting to note that in their annual report explaining that from the work they’ve done over the last 10 years, the Buzet wine cooperative has won the international Award of Excellence in Sustainable winegrowing. This was issued by the Botanical Research Institute of Texas (BRIT).

The Terroir of Buzet

From the Buzet Website: The terroir is an even mix of alluvial boulbène, clay, alluviums, gravel and clayey limestone, with the highest hilltops at 150 metres [492 feet]. The warm oceanic climate is perfect for the vines to express themselves. The mean annual temperature is 13°C [55.4°F] , rainfall is low and the sun shines 1936 hours a year. The wonderfully sunny autumns are perfect for ripening the grapes, an essential factor in making fine wines.