My Story for Passion of Wine ~ Partie deux 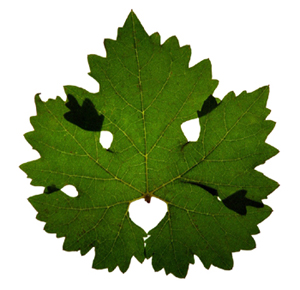 It’s marvelous to hear people defend genetically modified plants as “it’s been happening in the wine world since forever.” This is a teachable moment. As I explore the world of Bordeaux this year, having received my inspiration from Millesima Cie, what I’m learning I’ll also be sharing.

Before I get into the grape varieties that are represented in a Bordeaux wine, let’s explore the difference between cross pollination and genetic modification.  It’s important to Bordeaux’ grape variety history that this is clarified. And, if we can reduce this concept to its lowest common denominator, we’ll be learning at the best possible level, creating a solid foundation.

Cross pollination: Cross pollination creates a new variety. This occurs in the transfer of pollen from the male reproductive organ of one plant, to the female reproductive organ of another plant. Insects and wind are agents of cross-pollination. In horticulture, people also do the dusting of pollen; however, the DNA does not pick up substances that are foreign to its original DNA makeup.

Example: Syrah (male) + Peloursin (female) = Petite Sirah… the son of Syrah. (Not a distant cousin, which I read over and over again. As an educator, it’s a failed moment. I reach out and correct people, and they either love me or hate me in that moment. After 14 years of representing Petite Sirah as the founding executive director of PS I Love You, I know that I’ve been assigned that duty. I’ve become the world’s go-to-girl for this grape variety’s facts and figures.)

Genetic modification: Genetic engineering (or modification) is a set of technologies used in the process of manually adding new DNA to an organism. The goal is to add one or more new traits that are not already found in that organism, creating what is considered improved or novel organisms.

Example: From GMO Awareness, and remember, cross pollination does not cause any disruptions to the health of anything. “A June 2011 report assembled by an international team of scientists revealed that studies done as early as the 1980s by biotech and ag-industry corporations (including Monsanto) all showed that Roundup’s active ingredient glyphosate causes birth defects in laboratory animals… again, at very low exposures.” Click on the link above for more details. 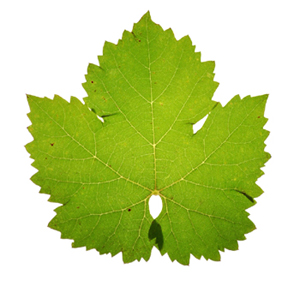 So, back to Bordeaux… Now that you know about Cross Pollination

As some of you may already know, the Bordeaux wine grape varieties are the following:

History of Cabernet Sauvignon ~ A Magic Moment in Time 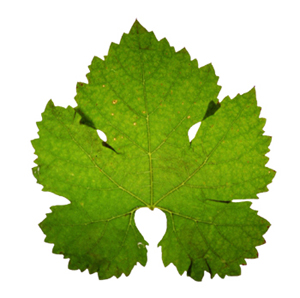 Hundreds of years ago, Cabernet Franc and Sauvignon Blanc cross pollinated. This happened in the southwest of France, creating a new variety… Cabernet Sauvignon. In 1996, U.C. Davis researchers examined the variety’s DNA makeup. This was when Cabernet Saugivnon’s grape lineage was revealed.  Will we ever know if it was horticultural dabbling or the result of serendipity? Probably not, as there doesn’t seem to be an historical documentation of a deliberate crossing. What we do know is that it did happen in France; so God bless the French, they rightfully own this variety.

A Beverage Fit for The Gods and Scholars

The variety is first mentioned in the late 1700s in Gironde, France, and is theorized that Cabernet Sauvignon originated somewhere in this region. Originally, it was thought that Cabernet Sauvignon was an ancient grape native to France. It was even fantasized that Roman Scholar Pliny the Elder (born 23 AD) was enjoying this variety. Nope, not so. This was proven, by DNA matching.

Legend now has it that Cardinal Richelieu’s fields of Cabernet Franc cross-pollinated the fields of Sauvignon Blanc near the Abbey of Bourgueil. And, this gave birth to Bordeaux’s most noble variety. Ah… the winds of time. Little did anyone know that these parents were giving birth to what is today considered to be the King of red wine grapes; no longer only fit for the Gods, but for all of mankind throughout the world. 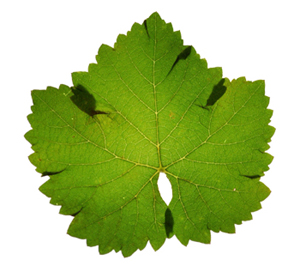 The Red Bordeaux of France is made from blending Cabernet Sauvignon and Merlot together (along with other of the above Bordeaux varieties in varying degrees of components, if used at all). Proportion of each does depend on the regions of Bordeaux where the winery is located. The Gironde estuary (mentioned above) goes right through the center of this region, and naturally creates two banks: a left and a right bank. The winery’s location on either side of the bank determines the proportion of Cabernet to Merlot of each wine.

Therefore, the general characteristics of each bank’s Red Bordeaux wines: 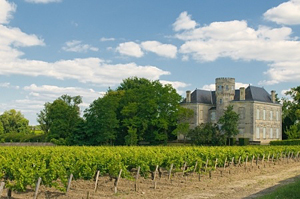 Connecting you to Millesima Cie’s products, for a few price comparisons 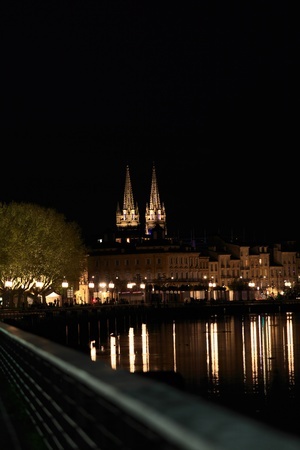 Connecting you to Millesima Cie’s products, for a few price comparisons

I haven’t even scratched the surface here. That I’m very certain of… But, as I look at a 1,089 word count, I know it’s time to move on for now.

Next “Partie trois” is going to be about Cabernet Franc. I once put a presentation together for a boss about Cabernet Franc and sent him on the road to deliver this knowledge. It was the most fun I had had with this wine company. He wanted to hang his winery hat on Merlot. At the time, everyone was doing that. I suggested that since they grew so much Cabernet Franc, and it was really a very flavorful variety, he reconsider his focus. Today, the delivery of Cabernet Franc’s history is still flourishing with this company. It’s gratifying to know that I left something useful behind; and I’ve also had something very useful that I can revisit, as I explore more about Bordeaux.