The Bordeaux Wine Experience says, “Attacks in Paris: We will never surrender” 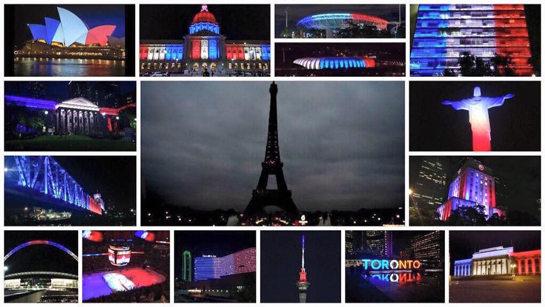 In a message from Ronald Rens, M. Sc., Wine Master, wine writer, and president of the Bordeaux Wine Experience:

International solidarity after the callous attack on our Western Civilization…

It’s not going to happen. I was shocked by the callous attacks in Paris last Friday and we mourn those that were killed. Our thoughts go out to those that were wounded and sometimes still fighting for their lives.

Our family and friends are safe, thank God, and so are you as you are reading this. The Bordeaux Wine Magazine is about lifestyle, culinary experiences and premium wines and not about politics. But how could I not say anything about this? Last January with the attacks on the editorial offices of the French satirical magazine Charlie Hebdo, there was an attack on the freedom of speech and the freedom of the press. Last week it was even worse, it was an attack on our society. These attacks took place in Paris but for me this is beside the point.

These idiots want us to change our ways, to stop doing what we always do. It is like asking us to stop breathing. It is just not going to happen. To quote Winston Churchill: “We will never surrender.”

Nothing has changed since January, when we all were Charlie. Back then I wrote: “I feel very strongly that we should all carry on with our lives. Not like nothing has happened, but knowing that if we change our ways, these jerks would have won.  And I won’t let that happen. There’s simply no other option. We will not walk in fear; we just won’t do it.”

It is not going to happen.

From Jo, via a translator, so not sure if it makes perfect sense: