With wine, how much does matter

Once upon a time, in a tasting room, not so far away, I was telling some visitors about wine having health benefits. They thought that was pretty cool. They bought some wine (for their health), and left to visit more wineries. As soon as they left, my tasting room manger came flying around the corner from her office, behind the bar – where I was.

She said to me, “Don’t you EVER say anything like that again!”

Oops… I remember that moment, every time I clink someone else’s glass and we say, “To your health.” I have, however, refrained from telling anyone about the health benefits that have disclosed since that early tongue lashing. Early on, when the rumblings began about wine and its resveratrol health benefits, I “got it.” But, winery professionals were banned from even mentioning it, I quickly learned, until it became common knowledge. It should also be noted that there are ill effects, depending on the person’s DNA proclivities. For instance, if you’re a woman and have a family blood line where women get osteoporosis, leave the white wine alone. 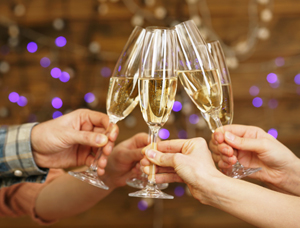 I’ve found my own cure

I’m going to share a story that’s evolved over the past couple of years for me. More recently, I’ve even found my own cure. You’re not going to find this recorded anywhere, because there’s not been any lab testing on it – yet, not that I can find anywhere.

I’m going to start with food does not grow in boxes, and many times, neither do cures… They can cover up a problem, but a real live cure? I’m a health food junkie. When I began to make my own food purchases in life, I didn’t eat at fast food joints, and it had to be organic. That hippie movement ethos of the 60s became a lifestyle for many of us. It seemed like a fad. It really was a lifestyle choice.  So, what I eat has to be really good food. Nothing should go wrong in my body, right? Yeah, that’s what I thought.

Lumps and Bumps in the Arch of the Foot- Plantar Fibromas

Within the arch of the foot, firm, nodular masses may form. These can occur as a single mass or in clusters. They are called plantar fibromas and are a non-cancerous tumor that forms within a ligament in the arch of the foot called the plantar fascia. Frequently, they will slowly enlarge causing pain while walking. Their cause cannot always be determined. Damage to the tendon will cause their occurrence and there is an association with taking the drug Dilantin.

No real cure is stated, just treatments that “may” work, including cutting into someone’s foot to remove them. I asked myself, what’s to stop these fibroids from growing back?

So, last October, when visiting my daughter in Colorado, I decided to start a wine cleanse. A new environment, I didn’t have to taste a lot of wine, a habit (which I had developed for having one to two glasses of wine, beginning at 3:00 p.m. each day) began to slip away. One morning, I crossed a tack strip and almost fell from the pain. I had hit the apricot sized fibroid. For me, enough was enough, but I had no clue as to how to solve this dilemma.

When I returned home, I continued with my new lifestyle. Tasting wine and spitting, so I was reducing a lot of acid going into my body. Within a few days of coming home, I noticed that the fibroids were reducing in size. Something was going on. When I went out to dinner and had more than one glass of wine, there would be no reduction. But, if I only tasted and spit wine, I could feel the reduction each day. I was on my way to getting the balls of my feet back, without any fibroids.

Next, I had a New Year’s resolution. I was going to have warm lemon water (which I’m having right now as I write this). It’s another one of my successful resolutions. By January 2, I noticed an acceleration of the fibroids dissolving. It was that quick. Today, a year later from my original start, I now am very sure that I accidentally fell into my own cure; my right foot (the grape sized fibroid) is now the size of a tiny seed bead (almost gone); my  apricot sized fibroid is slightly smaller than the size of a dime. Next year at this time, it will only be a memory.

I’ve been managing the fibroids. When I’m out and about enjoying wine with others, the next day there is no diminishing of this disorder. But, when I taste wine and spit, I’m just fine… The diminishing continues. When I taste a series of wines and have a favorite, I’ll enjoy the bottle, but slowly. One glass a day doesn’t put me into a growth tailspin. It just means that the finish line isn’t here yet.

I still enjoy wine, being around it day-to-day. I just don’t revel in the abundance that’s been given to me with a wine business lifestyle. I’ve also helped another person, who shared with me that this is also a problem for him. Guess what? It’s working for this person, too.

We are what we eat. Wine is liquid food, and for some of us, it has adverse effects, when we get into a pattern of over indulgence. I hadn’t realized that I had, until I cut back and my feet (and mind) began to sing Hallelujah!

For those of you with this condition, if you go my route, all you have to do is cut back the excess. And, if you go with the warm lemon water each morning as an additional cleanse (for your liver, before any other food goes into your body), you, too, may be well rewarded.

Here’s to your health!