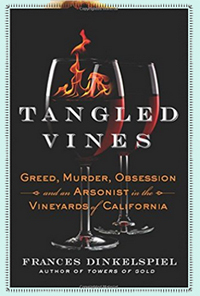 I dove in, nearly drowned from the greed, murder, obsession, arson… Two decades in the wine business and this is nothing that I knew about, except for Mark Anderson’s horrific deed… But, even that was limited. I almost vomited when I saw his image on Berkeleyside website.. Such a smug face, from such a terrible person. 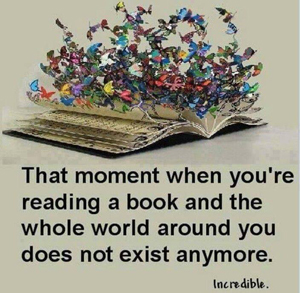 It’s all there and so, so much more. So many aspects of the wine business that I’ve never taken the time to explore. Leave it to historian Frances Dinkelspiel to take the time to dig up this much soil… And, yes, there is a pun intended here. I’ve been so busy working on the front end of the wine business for over two decades, that I never bothered to check out the back end.

Frances Dinkelspiel is an award-winning journalist, co-founder of the news site Berkeleyside, and author of the best-selling Towers of Gold.

Complete title: Tangled Vines ~ Greed, Murder, Obsession, Arson ~ and an Arsonist in the ~ Vineyards of California

From the moment I began reading, until I finished the book, I couldn’t put the book down. So many characters I hadn’t had the time to pay much attention to in the wine business; most especially Mark Anderson. He’s the arsonist that set a warehouse on fire in Vallejo, California, because he’d come to the end of his charming rope. The web he had spun in his lifetime could no longer be sustained, so he simply created $100 million in damages… (Simply? Only in his simple mind, but very complex for his victims, many of whom I know. I just didn’t know to what extent.)

According to Berkeleyside: A federal judge in Sacramento on Tuesday sentenced Mark. C. Anderson, 63, who was born in Berkeley and who resided in Sausalito, to 27 years in prison for the Oct. 12, 2005 fire at Wines Central.

Brilliantly written, Frances stuck with the story for two years and chronicled not only Mark Anderson’s dark side, but also dug up the California Wine Industry’s early roots in Southern California. I’ve yet to find anything so comprehensive for this part of our history, which is a very important contribution. I’m aware of the Missions, I’m aware that the first wine being made in Sonoma County came from Moscow-trained agronomist Yegor Leontievich Chernykh, but what had happened beyond the missionaries making wretched wine had not yet hit my library; most important player is Rancho Cucamonga.

What you’ll discover, if you don’t already know these things: 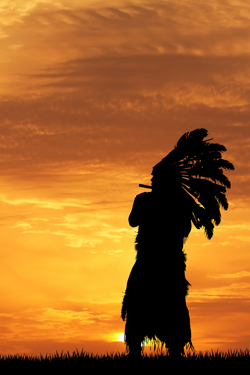 I highly recommend Tangled Vines for those who are fascinated by history, especially the history of wine in California. I would also encourage any studies regarding the history about the American Wine Industry, to have Tangled Vines as required reading. Well done!