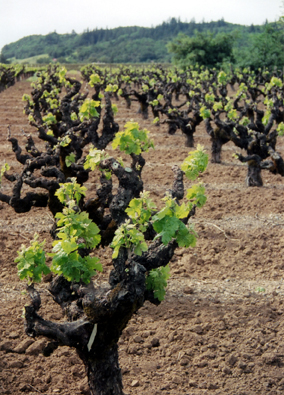 UPDATE, or an Andy Blue Redo…

When I wrote my original blog story called “More brewhaha from Andy Bluehaha,” it was in response to Anthony Dias Blue’s editorial about Petite Sirah, and how he just doesn’t “get it.” I understood on a gut level; I don’t eat foie gras, for instance. I’d gag if I had to.

Mac McDonald of Vision Cellars just reminded me that my response letter was published in the September issue of The Tasting Panel. I hadn’t even had time to tell the members of PS I Love You about it, so now I’m catching up.

For those of you who got (more than) emotionally involved in this controversy, here’s my Email to Andy… Giving him permission, and also letting him know that his story didn’t go unnoticed in any stretch of the imagination. This is what was also published in The Tasting Panel.

Your words certainly have people talking. I could get some really delicious, small production Petites to you, to lead you into another tasting experience. It’s my experience that you don’t get to taste about 95 percent of the Petites being handcrafted. Most production right now is 500 or less cases (of the 900+ producers). It sells directly to consumers, and they usually sell out long before the next release.

I have to tell you that I have some members of PS I love You are furious with you. We’ve been discussing sending samples to you, but it hasn’t quite settled down long enough to organize anything.

I remember – as a publicist, who also launched a wine blog – daring to say, but ever so cautiously, “everyone has a palate.” I wanted people to be brave enough to taste a wine and decide if it meant anything to him or her. When I was a new wine taster, I started with Merlot. I think that ruined the Merlot experience for me, because Merlot is NOT an entry wine. I also remember for years, if Robert Parker liked it, I didn’t.  Again, for the same reason. I had a young palate.

So, at this stage of the game, I just accept that we’re all different. I (personally) think that the best Petites have been elusive for you. The brands just don’t send them out, because they don’t need endorsements. But – for YOU – we can arrange an up-tick. If you ever want to walk on the cult side, let me know.

Diaz Communications and P.S. I Love You, Inc.

EDITORIAL RESPONSE: The samples have already started to arrive. I’m preparing my palate.