How did I miss Bourbon Month in September… Bourbon Curious, by Fred Minnick 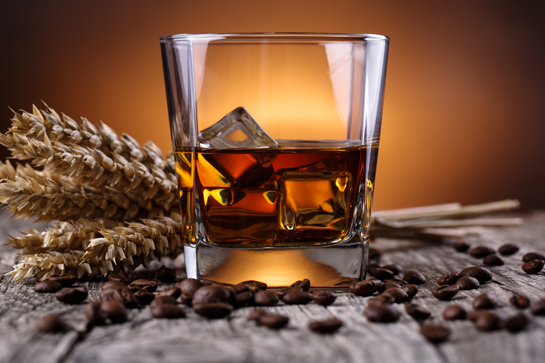 FACEBOOK: Take the book closest to you, turn to page 45, read the first sentence, and that will explain your love life. Okay…

“President Franklin D. Roosevelt formed a whiskey council made up of industry executives to help the government create a distillery plan for the war efforts.”

Yeah, it would take a novel to explain this one… So, instead let’s jump to Bourbon Curious: A Simple Tasting Guide for the Savvy Drinker. Written by Fred Minnick, a Wall Street Journal best selling author,  is also the “bourbon authority” for the Kentucky Derby and has written other books and copious stories on bourbon. My favorite title is Whiskey Women: The Untold Story of How Women Saved Bourbon, Scotch and Irish Whiskey. 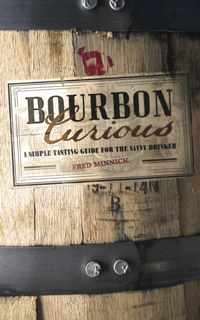 Darn, I missed Bourbon Month in September… Now, I’m regretting that one, but this is still loaded with fun information for the next 11 months.

I love books, all kinds of books, so when I’m asked if I’d review one, I’m in if it works for the wine and spirits world.  I feel blessed that books now find me in life, when I had to search for them, after Aunt Edith stopped her annual Christmas gift. I then began to live in my local library. She had set an important ball rolling.

A Simple Guide for the Savvy Drinker

If you don’t know anything at all, it’s best to start with the best person to explain the mysterious. In this case, a spirit… I was exposed exposed to Bourbon as a kid, because it was my mom and dad’s favorite spirit. Then, it got revisited via the culture of Mad Men’s exploits. Now, thanks to Fred Minnick, I understand so much more about bourbon and whiskey, and am looking forward to that moment when I order my next spirit, but it won’t be a Manhattan.

My last experience with Manhattans was my first wedding. It was my dad’s beverage of choice, so that’s all anyone was served.  What a mess, and I write this with all due respect. Let’s just say, my mother was in the middle of a busy main street, as we drive off to our honeymoon. She was directing traffic in the middle of the street. Oh dear…

So, I want to enjoy this next experience in a more thoughtful way. And Fred Minnick has lead me to the altar, once more, for a better view.

According to Fred, bourbon, like wine, has its own culture. If you love bourbon, this isn’t news to you. Minnick calls it the most misunderstood spirit on liquor store shelves. I’m betting that he’s right.

I’m going to give you my 10 takeaways from Fred’s book. Test yourself. See if you’re a bourbon aficionado; or like me, just learning for real…

There you go. How did you do? Are you a bourbon fan and knew all of this? (If you, you must have a book, too, right?)

I’m going to put this book into my annual wine and spirits books for the year, come December. If you’ve got a family member or friend who loves bourbon, this book is “must have” in a wine and spirits library. I’ve only ever-so-briefly touched on Bourbon Curious. There’s still much to explore. This link gives you the skinny, you’ll have to read the rest. It’s also a “must have” book for anyone studying for her of his Master Sommelier’s test.