It’s always a joy to receive Iron Horse Vineyards’ bubbles. As I read Joy Sterling’s cover letter about her family’s 2010 Russian Cuvée, it sparked another memory, but first, what was written, so you understand the brain connection.

Understandably, my family still takes complete credit for ending the Cold War. The 2010 Russian Cuvée in this box commemorates the style of Sparkling that we made for this first historic toast on November 20, 1985, which continues to be served at the White House as the toasting wine at State Dinners for five consecutive Presidential Administrations. Russian Cuvée is aged 4 plus years en triage. Total Production: 800 cases. Winery retail is $42.

And, for the record, this wine lives up to its reputation. While enjoying it, I thought… how perfectly delicious this sparkling wine is. It captures its terroir (Green Valley of Russian River Valley) and is totally refreshing on this warm day. Life couldn’t have been more perfect at that moment. Just then, I had a neighbor knock on my door. Gary asked, “Do you know of anyone who owns that abandoned truck down the street, before I report it,” he asked? I said, “No, I don’t, but would you like to share some sparkling wine?” He hesitated, back and forth, finally he said, “Oh, why not!” When he saw that it was an Iron Horse sparkling, he said, “Whoa… the great stuff!” and was very happy that he had made the right decision. I sent him home with the rest of the bottle, knowing that more was to come for me, so why not share the joy?

The connection I had was with Russian River Valley, and then I thought about how few people really understand its paramount importance to this wine grape growing region. It was a very wise choice that occurred between the White House and Iron Horse’s sparking wine, for that momentous occasion in November of 1985. President Ronald Reagan was presiding over the U.S. at that time, and Mikhail Gorbachev was leading Russia. The wine’s Russian connection is very subtle, and has a lot more to do with the name “Russian River Valley,” than the average wine connoisseur could imagine. 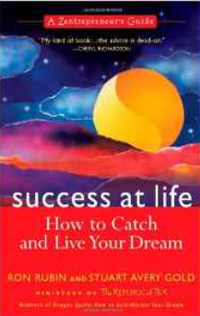 I, too, would have very little knowledge of its origin, as I had been too busying learning about grape varieties and who is making what wine. That is, until Zentrepreneur Ron Rubin came into my life. I began working with The Rubin Family of Wines, and Ron gave an assignment to me: uncover the layers of Green Valley of Russian River Valley. I peeled away the layers, from Pangaea until today, and this gave me a real understanding of not only Green Valley, but also the history of Russian River Valley.

Finally I knew the significance of Russian’s role in California’s history. Kids in local schools travel to Fort Ross and get “the drill;” but still, it doesn’t take in the most subtle of points as regards winemaking. 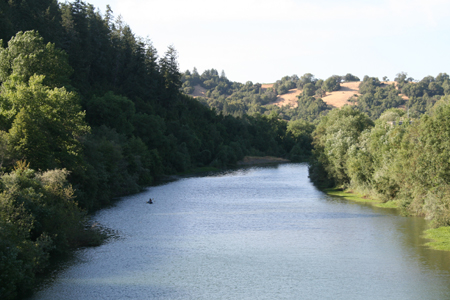 That’s what the Pomo Indians were thinking as they looked out to sea, but they just didn’t know that it was a group of “Russians,” who were coming, at the time.

Indeed, the Russian were coming; but, unlike other invaders to the U.S. from Europe, they weren’t coming to acquire land for their ruling crown, nor were they coming to lay down religious beliefs in order to enslave a people… for land acquisition… They were fur traders, and the Pacific Coast line held a bounty of otter pelts for them. Also, the climate wasn’t as forbidding as Russian’s. But it also proved to be a benefit, just not its primary raison d’être.

In 1812, they arrived and bought the land in Mendocino, from a local Pomo Tribe, naming it Fortress Ross. The natives had used that land in the winter, not the summer months, because of winter’s milder coastal climate. In the summer, the Pomos moved inland along the existing marshlands. At the time, it was a bucolic valley, which still had lots of waterways. This provided fish and reeds that gave them weaving and hut building opportunities. It was as close to Nirvana as anyone could get, according to today’s standards. Tribes had an understanding… What land is your, is yours; what land is ours is ours. It was only when one tribe member would try to cross into another’s area that justice was swift, and what was quickly delivered was understood by all parties. The Pomos arrived first and had the inland areas. The Miwok people arrived later, and so they became coastal natives. 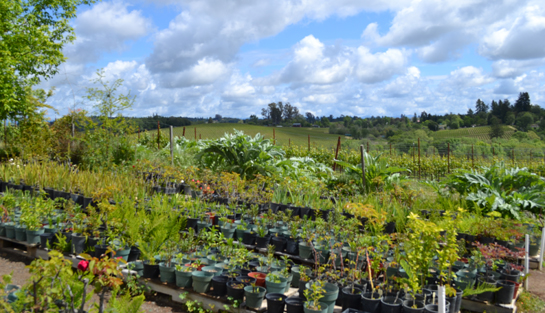 But, let’s get back into what’s now called Russian River Valley.

In 1836, the Russians sent Moscow-trained agronomist Yegor Leontievich Chernykh, to the Sonoma Coast, in order to improve the crops being grown for their consumption. Chernykh settled in Green Valley, and established a farm along Purrington Creek. This land is just west of what’s now called Graton in Green Valley, just between today’s towns of Occidental and Graton. Chernykh erected barracks and five other structures, growing fruits and vegetables, as well as wheat and other grains. Chernykh also developed a large vineyard, introducing the first wine grapes into Sonoma County. Interestingly, Yegor Chernykh became known as Don Jorge. His wines were intended for sacramental purposes; but, regardless of their purpose, it needs to be noted that he found an exceptional terroir for his wine grapes. These vineyards were among the first cultivated fields in what is now Green Valley of the Russian River Valley appellation. It’s also why so many people refer to the “Bounty of the County.” Yegor found paradise,

Russian River Valley, of Sonoma County, holds a very unique position for who planted the first wine grape vines… It was indeed the Russians… Hence:

All of the Russians pulled out in 1841,  including Yegor Chernykh, just missing the gold rush by eight years. Anther interesting note is that they sold the land back to the Pomos, ending the pioneering Russian, viticultural history, as we now know it.