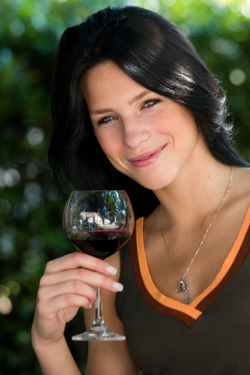 Yesterday’s story about the Napa Wine Train sparked some very interesting comments on that post.

Great thread, Jo! Should be a “must read” for all “wine professionals”, whether in Napa or not! Interestingly, this incident just appeared in our Oregonian newspaper today, but as you can guess, it, too, spoke only to the ‘injustice’ issue — too bad!! Thanks for your always broader perspective ~

— Jo, so true that wineries just don’t want to wade into this one. Like Tom wrote today- “No Comment.” Please keep writing about all the wine industry nuances:

Hospitality, like most everything in life, is a two way street.

— Good one, Jo. We get many groups of young women from bridal parties, and mixed groups traveling together. This happens.

— Excellent post, Jo. I would only add that there is another dimension to this situation. In today’s racially charged atmosphere, and due to all the abuses, African Americans have embraced a culture of victimhood and entitlement. Resentment of whites is simmering just below the surface and an incident like this quickly brings it the forefront. Not sure how we can lessen this antagonism and hypersensitivity. Mixed race book clubs 😉 ?

— There is a huge difference between the Wine Train and a tasting room. And to emphasize the point when the train stops at Grgich they don’t take them into the tasting room, they have a separate space as to not bother the people that are there to learn about wine (and hopefully buy some.) If you take reservations for large groups, be it in a restaurant or on a train, you are going to get parties, some of which may be noisier than others. If you allow limos to stop at your winery you better have a place for them.

— Jo, Very well put and the media etc not knowing the reality of people out of control has made this purely racial, how unfortunate, actually awful. When I interviewed for working in a tasting room, the question they asked me a few times was – how would I handle someone whose had too much too drink – a difficult but necessary condition when it comes to alcoholic beverage consumption. I assume the people on the train were trained to deal with this in as courteous manner as possible.

— Well written Jo Diaz. I had read several accounts of this incident and thought that something was definitely missing in the coverage. Thank you for providing additional food for thought.

— Well done! Agree with your point about limiting group size (specifically on the train) in public areas to 6. Private cars would be necessary for larger groups to keep the peace.

— Jo nails it. There are few things worse than being next to a rowdy party gang when you are there for a different experience. I once reported a rowdy, alcoholic group at a Giants game. They were impossible to sit next to. The Giants moved me! To much better seats, too.

— Yep, yep yep…spot on. Been in the wine industry a long time and teach hospitality/wine courses at the college. You nailed it, Jo.

— The comments following the original articles remind me of how selective Americans are in their reasoning: calling it a “bar” instead of a “dining car”; calling it “racist” instead of “crowd control”; calling it “talking loudly” instead of “annoying other customers.”  I think of it as “the all-you-can-eat buffet version” of the Bill of Rights — don’t like how specific freedoms and liberties affect your beliefs? … then cherry pick the ones you support and renounce the rest.

— Go, Jo, Go! I will ask anyone who is disruptive to leave my tasting room, because we are there to create an experience for EVERYONE (and sell wine), not just particular groups. I don’t care what color you are, if You are wearing Prada, if you are related to the owner – OUT!!! Grrr.

— Rowdy can be fun. Rowdy can be boisterous. Rowdy can be annoying if you were seeking to enjoy the scenery and have a nice train ride. The ladies could have been purple or pink or black or white. When asked to dial it down, they did not. Sometimes scenes fueled with alcohol just get rowdy.

— So true, Jo. We’ve all been in the “rowdy and boisterous” situation…and I too don’t think this had anything to do with race.

One person in importing wrote, so hospitality is not his specialty, which is important to state:

The purpose of tasting rooms, bars, restaurants, and yes the wine train is to sell people wine. Too much wine, make people drunk. Drunk people can behave badly. Maybe, just maybe the wine train personnel sold these women too much wine. But isn’t that their job? The wine train has always projected a somewhat holier than thou image of “fiine dinging” , etc. To complain that the women passengers are crying foul unfairly, is absurd. This wasn’t the Tea Train or the Seltzer Train. Even the hushed dining room at the French Laundry has gotten rolicky and loud from too much over priced wine. I think the wine country hospitality needs to take a long hard look at itself, its goals, its treatment of others. Its customers

I had to respond:

Tom, have you ever worked in a tasting room or at a wine event? Just wondering. It’s there that you really see consumer behavior…

Manners are taught at home, then hospitality is more about serving people in a welcoming atmosphere, not controlling people who allow themselves to lose control. As Joan Rivers was so famous for saying… “Oh, grow up!” That’s what each of us are responsible for in life… Maturity. An industry not in the maturity business can’t teach that one. It begins at home.

I’m not alone in understanding this, especially by those who are in or have been in hospitality. There could be classes taught in courtesy, but it really does start at home. When I was a kid, my mother sent me to charm school for a reason. I was her unruly one… If one is going to a winery (or the wine train, for instance), it’s much more intimate than a bar. It’s one-on-one education for many of the best places… And by best, I’m talking about ones that hire people who are thrilled to share their passion and understanding about wine and its culture.

Telling it like it is: “It’s a national story. Last month, a group of 11 women (10 of whom are black) were escorted off the Napa Valley Wine Train, allegedly for loud and obnoxious behavior that elicited complaints from other passengers. The women were members of a book club who were simply having a good time.

“Been there. Done that!” 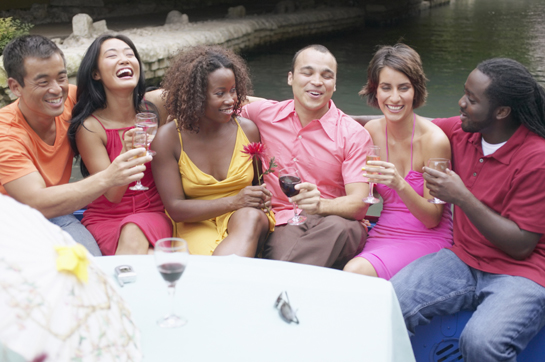