Lettie Teague’s Wine in Words is headed toward one of the best wine books, ever 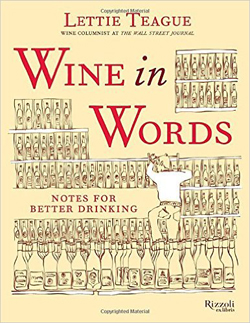 I just finished reading Lettie Teague’s Wine in Words, Notes for Better Drinking. Lettie is as much the resource as she is charming. Easy to read, personable, this valuable book is headed toward being one of the best wine books ever sold, historically… It’s a major keeper! Congratulations to Lettie Teague.

How do I love thee, let me count the ways:

I found her quote by Albert Einstein enlightening and perfect for today’s methods of operation, given the World Wide Web’s presence: “Never memorize anything you can look up.”  This was in relation to those who feel the need to study each vintage, and then wax poetic. I haven’t had the time, in my 23 years of learning about wine – with the exception of a few Margaux – to memorize vintages of importance. Lettie states that having a bit of knowledge will help you, when you’re looking at a wine list and don’t recognize one single producer, but it’s not life or death.

In regards to Einstein: I do remember reading that Albert Einstein’s brain was studied after death, and it was his amount of internal connections that made him considered to be such a genius. He didn’t have to memorize, he just made lots of connections to other related information, as he stored what was important to him.

The team found that, overall, Einstein’s brain had much more complicated folding across the cerebral cortex, which is the gray matter on the surface of the brain responsible for conscious thought. In general, thicker gray matter is tied to higher IQs. 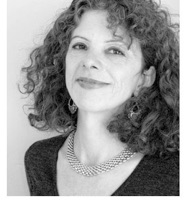 Lettie Teague’s Need to Know also reminded me of being in Portugal. As I just wrote, there’s something here for everyone, from novice to pro. The most important aspect of her book is its approachability. It’s filled with her life experiences with wine; which could be misconstrued as anecdotal, as I write this, but it’s not missing the important facts and evidence. Lettie Teague is a pro, who draws upon her lessons and experiences to enliven her stories.

I loved her when she was at Food & Wine magazine. I followed her to the Wall Street Journal, and I’m so pleased that she got to write this book, which is her fourth.

She has won three James Beard Awards, including the MFK Fisher Distinguished Writing Award, and her work can be found in the 2009 Best Food Writing Guide (DaCapo Press). She was recently inducted into the Wine Media Guild’s Wine Writers’ Hall of Fame…