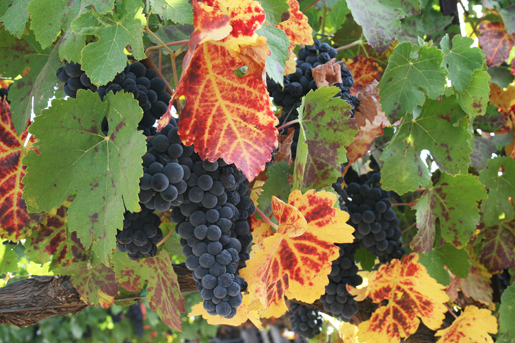 Having started the Petite Sirah wine advocacy group called PS I Love You, I know that I’ve read at least 95 percent of all the stories on Petite Sirah, since 2002. They’ve even been listed on the PSILY site in the Reviews section, dates all included with the authors and their views.

Oh, the spellings, the bastardizing of its lineage, the misinformation in general… I’ve had to endure it all.

On a day when the worst story ever was printed about Petite Sirah, I also received a story from wine writer Michael (Mike) Dresser published on, Sunday, September 29, 1996, in The Baltimore Sun. Mike mentioned “vindication’ and so I thought it was in reference to a story that slammed Petite Sirah from here to kingdom come. Instead, though, it was purely coincidence.

This story doesn’t exist on the Internet anywhere, because it predates what newspapers were actually putting onto the Worldwide Web. Here are Michael Dressers thoughts on Petite Sirah:

What was the status of Petite Sirah in 1996, because growers and producers in 2002 felt that if had fallen off the face of the earth?

I realized that wines once considered a no-account, unsophisticated grape, like Petite Sirah, may be gaining fans, who among savvy consumers and knowing a good value when they tasted one. In my story I stated that Petite Sirah grape is neither petite nor is it Syrah. That much we knew.

I wrote: Petite sirah, sometimes spelled petite syrah, is a mystery grape with a shady reputation. It’s been hanging out in the vineyards of California for some time, producing burly red wines that delicate palates dismiss as crude. During the 1980s, the conventional wisdom was that petite sirah was actually the French durif — a coarse, thuggish wine variety in its own right. But that theory has come into question. Now petite sirah’s origins are even more mysterious than those of zinfandel, which was recently “outed” as Croatia’s plavac mali.

Dr. Carol Meredith’s finding of Petite Sirah’s DNA hadn’t surfaced yet, so I can see how confusing it must have been for everyone.

For years, the rap on petite sirah had been that it was a low-class, no-account, unsophisticated grape even more southern (south of France, that is) than its distant relation, the noble syrah, which produces such widely adored wines as Hermitage and Cote Rotie. The assumption at the time was that the true syrah would inevitably nudge aside the remaining petite sirah vines. And in fact, many acres of venerable petite sirah vines had been uprooted to make way for more fashionable varieties on younger vines that would produce more tons of grapes. It’s a shame, because petite sirah is a grape with its own distinctive character.

What do you like about Petite Sirah, since you’re a fan of it?

It produces concentrated red wines that typically display flavors of blackberry, game, coffee, and chocolate. It also often shows a “dusty” quality that’s an acquired taste. Among grape varieties grown in California, only cabernet sauvignon can rival its aging potential.

Fortunately, petite sirah has always had its friends — a stubborn band of winemakers who understand that the variety is capable of making extremely flavorful and concentrated red wines with enormous aging potential. They see California’s dwindling acreage of old-vines petite sirah as a viticultural gold mine, and they’re digging for all they’re worth.

That’s still going on today, Mike. Dave Pramuk, of Robert Biale Vineyards, told me years ago, he’s got some Napa growers puling up their Napa Valley Cab and planting it over to Petite Sirah, because Biale will pay Napa Valley Cabernet prices for the Petite. That’s pretty forward thinking, in my book.

What can you tell us about retail sales in the 1996?

Retailers said that they had noted some increased interest in petite sirah during those years. Some savvy consumers began to notice that some petite sirahs — notably those of Guenoc, Foppiano, Bogle and Concannon — were among the best red-wine values on the market, at the time.

This increased interest inspired some producers to go for the gold with petite sirahs, and costs began to be at $20 and up. Some of these wines were very impressive. I watched to see whether people buy them… and they did.

The rather limited selection of petite sirahs on the market uncovered some real diamonds in the rough.

Do you remember which ones were your favorites?

That was nearly 20 years ago. I’ll also give you the prices for a fair comparison of where the wines have gone witht heir price increases.

SIDEBAR: I decided to dig around and give you today’s prices of these same wines, just for comparison:

* The TTB no longer allows for the use of a “y” instead of the “i” in Petite Sirah. It was one of the issues of confusion for Petite Sirah for a very long time. It was, thankfully and very much appreciated, eliminated as many as six to seven years ago.