The Bubbles of Summer all year long

Randy Arnold of Barefoot Cellars… He’s one of those people who you work with for a few months, and then he impacts your life forever.

[This image of Randy Arnold is borrowed from the Website of Barefoot Wines.]

With Barefoot, Randy Arnold’s been there since the beginning. In 2001, we met, and I began to work with him, while we both sold Barefoot Wines. Randy was the national sales manager. I was given Northern California to manage. It was Randy who trained me, driving me from one account to the other, merrily laughing all the way to the next stop. I’m not sure what happens when we get together, except to say that we end up on giggle fests that cleanses my heart and soul.

It’s that easy, familiar, joy that he brings to all that he does, which connected us, as it is with so many others. Years can go by, but when we reconnect, it’s always very special and that’s what just happened.

25 Years And The Changes Are Admirable

Starting with Cause Marketing 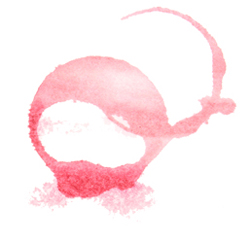 Randy was the first person to take me to an event, where a portion of the proceeds would go to a charity. I also don’t remember any other winery being so driven and so connected, in the early 2000s. Randy, a forerunner of a single winery raising money via a small event, off site, is for me one of the leaders of winery “cause marketing.” And, off I went to do them, with him and without him, too. It was fun, because being “Barefoot” is a hoot, right? And people who just want to have fun instantly “get it.”

Do you think that’s why Gallo bought Barefoot, when Michael Houlihan and Bonnie Harvey decided to sell the brand?

Gallo has long had the “best selling technique” school of thought… Ever since they began their Italian family empire.  When you’re that good at what you do, and someone else has some great and more “non-traditional” sales techniques, wouldn’t you want in on it? 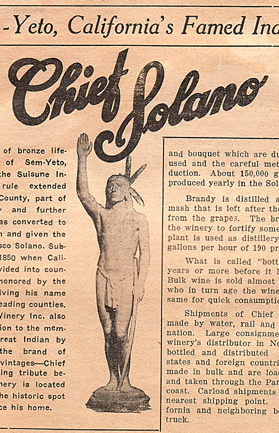 Tell you what… Jose and I started working with the Suisun Valley Vintners and Grape Growers in 2003, and have continued (in varying degrees) to this very day. It began with they got when they received government funding, intended for discovering, and then promoting, their unique point of view. We still have a relationship, even though the funding ended after that seven year cycle. Suffice it to say, we collectively found the historical heart and soul of Suisun Valley, and put out their message. — Farmers who were true to their soil and soul, in a (should be) very expensive valley. Should be – at the time – because the western side of the mountain ranges of neighboring Napa cast such a long shadow. So long, in fact, that it was a Rip Van Winkle-land, when we first drove into their neck of the wood’s grape vines.

That had to come to light, or they’d go on forever selling grapes at $300 a ton, while just over the fence, the same vineyard was marked by the financial success of Napa’s fame, or the obscurity of the hill tilting downward into Suisun Valley. I don’t have to tell you which side of the fence got which amount of money for the same grape terroir (land, atmosphere, viticulturist, irrigation, rocks and rolls down the hill sides). And, something had to be done about it, or the people in Suisun Valley could/should just pack up and all go find “another” home. Since no one wanted that to happen, government funds were found. (Well played, gentlemen, well played.)

I was scared to death, to see what Gallo would turn it into… Just vineyards as far as the eye could see, with no identity?

I was nervous for nothing, absolutely nothing. I just witnessed this with an event that happened in Suisun and there was Gallo, offering a tasting at a site called the Gallo Family Vineyards. Ledgewood Creek used to own that land and building, and now Gallo opened a tasting room door, as … Yup… Gallo, the good neighbor. It was such a joy for me to see, and a lot of it goes right back to my Bubbles of Summer Man, Randy. 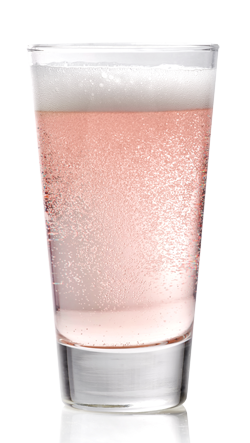 At lunch, we talked about his new company and him becoming Gallo’s Barefoot Guy. Randy said that Gallo liked their marketing so much that it’s been woven into the complete family tapestry… adding the color of youth and altruism.

And, we sipped his new wines through lunch. He had Marissa Odom with him, who’s the field manager on the West Coast of Florida. Ah… Sarasota and Longboat Key. Talk about a great place for Barefoot wines.

[Bottle images borrowed from the Barefoot Website.]
Sounds like a blast to me… Always did make sense. Winemaker Jennifer Wall is very serious about making this fun wine. Having a scientific mind led to her thinking that she was going to “become” a medical professional Well, bubbles surely make one feel much better.

As I was told that these wines are deliberately marketed to the Millennials, I couldn’t resist saying, “Yeah, right… they think they invented all the fun.” And, we all laughed, because you can’t be with Randy and not be ready for the laughter. Both wines (with low alcohol) were very easy to enjoy. It just proved to me that having wine doesn’t have to be about grandeur, credential, and being the be-all-to-end-all. We had a blast with these two wines, and anyone looking for a really fun time and loves bubbles is in for a treat.

Barefoot Refresher is a crisp, white spritzer, and that’s where we started. With chatter and ice cubes. I got to marvel that where Marissa was sitting was right where I was 14 years ago. Then we thought, “Randy, you’ve been at it a long time, man.”

Perfectly Pink Spritzer is best over a bed of ice, and took us through our lunch. Having a Chinese Chicken Salad, that was no doubt the best salad I’ve had (Healdsburg Bar and Grill). It made such fun food and wine experience that just became part of the experience, but never forgetting the bottle that we were enjoying.