It’s really difficult to promote oneself, which is why PR and marketing companies are chosen to do that task for others. No one can say, “Aren’t I great?” without losing credibility. Find a cheerleader, and your story will reach new heights; brag about yourself and you’re cooked. 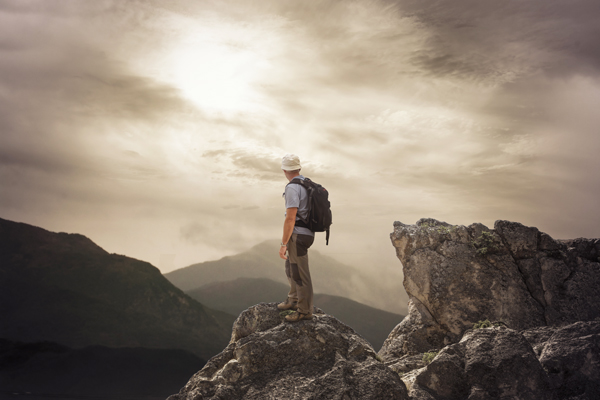 My greatest experience in self promotion

In the 1970s, I was an artisan, creating elaborate jewelry. I was told by everyone that the pieces were something to behold. I couldn’t even believe I had created the work, it was like they were being channeled. I was just passing the time and making a few extra dollars. My greatest joy was my young daughter Katie Sunshine, whose birthday it is today, coincidentally.

I never wore any of my jewelry. I either gave it away, or I sold the pieces. The people who bought them just bought them. I didn’t have to defend the pieces, they just sold.

But, one day as I was working the Old Port Festival in Portland, Maine. I saw a good looking woman spot one of my necklaces from across the narrow street. She just about came flying to my table, and grabbed the piece to see it and feel it. I knew she would buy it if I just had a conversation with her and gushed over it, like she felt about it. I couldn’t find the words to self gush. I lost the sale and I knew why. If I had taken the focus off what I had accomplished and just told her how beautiful it would be on her, I would have sold it to her. But, I couldn’t even get past the struggle I was having with my own ego.

The greatest lesson from that experience

I wasn’t good at self promotion. Others would talk about what I had done glowingly, but I couldn’t do that. It’s a personal serious turn-off. In that process, though, I did learn that what I couldn’t do for myself came very easily for me, when it came to other people’s work. I could sell a neighbor’s work that I found especially well made, but didn’t have the words for my own work. They just had to stand on their own merit. Sort of like, “love it or leave it,” I can’t make up your mind for you.

My future became cast in stone

…when I entered the world of public relations. It’s all about the stories; and for me, it’s all about capturing the heart and soul of those for whom I write. I listen to what people are telling me, while I watch body language, listen to voice inflections, find the emotional hot spots, and feel the energy coming from the person (probably the most important part… the energy). 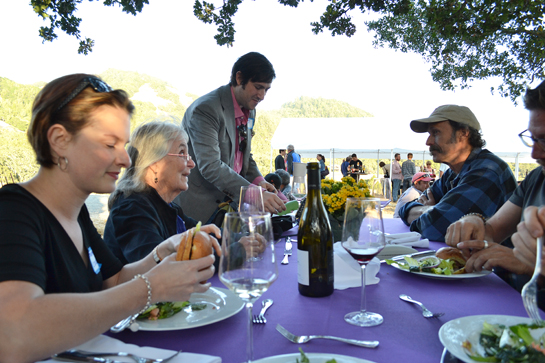 Example of how it works

I just attended a wine tasting at Kick Ranch Vineyard. Owner Richard (Dick) Keenan sells his grapes to many fine wine brands. He’s doing something that’s an almost unheard of thing to do… Disclosing who’s buying his grapes. First and foremost, he’s sharing with other brands; but, also he held a wine tasting, inviting media to come taste all of the wine brands, not just his own. If that isn’t magnanimous enough (because he also makes wine from his own vineyard, so these are competitors), he allowed all of the wine companies to bring any of their “other” wines for tasting, not just  Kick Ranch vineyard wines.

I remember when I was working at Belvedere Winery and I wanted to create “The Company We Keep” list of, all the companies who were buying our grapes. I was told that information was too confidential; and I thought, “What’s to hide? Don’t we all know that we’re judged by the company we keep?”

On WEdnesday, I’m going to share two such brands and stories with you from this event. Since the early 1980s, as an interviewer, I tell my own stories with people as I interview them, looking for that common bond. I need some common thread that’s revealed. I not only listen, but I watch in ways that no one understands. My ramblings are intended to bring out something in others… Like heart and soul. If they don’t have it, their eyes wander.

If that person turns to someone else in this process, who’s just arrived and drops our conversation like it wasn’t even happening, we’re done… It becomes a story without an ending.

If you want your story told by an independent writer, be personable and stay with the writer, until that person has enough info and walks away. The “other person” will return, in all probability, and your chance for stories increases exponentially.