Around the Wine World in Eight Days – Australia 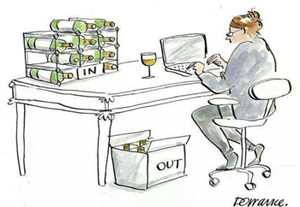 Today is the seventh day of Around the Wine World in Eight Days, so today is Australia!

Top 10 Things about Australia That Intrigue Me

The Wines from Australia 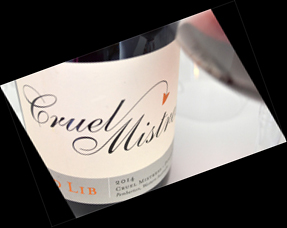 This Chardonnay comes from the cool climate of Pemberton. It’s not mentioned above, because it’s from a smaller region. (The town of Pemberton is in the southwest region of Western Australia, and is named after original settler Pemberton Walcott.) The Chardonnay grapes for this wine were hand-picked, with whole bunches being press fermented. The natural yeasts were allowed to guide fermentation. This is always a risk; but a unique result, in the final analysis is what I found for flavors. It was aged in oak, so the richness is there, and it’s extremely well balanced. It was bottled aged for at least six months, as is somewhat usual, if the winery has that luxury. This single vineyard varietal Chardonnay was very pleasant, and a fun wine to enjoy, on a very special occasion with family and friends. ($18)

Again, this wine is from the cool climate of Pemberton.  The 2014 vintage had a warm summer, which cooled off in April; equivalent to our Septembers, in California. Dry, warm days followed, producing delicious fruit. Some natural and some selected yeast guided the fermentation of this Pinot Noir. It was then barrel aged for six month, giving it its vanilla flavors. Nicely balanced, this Cruel Mistress Pinot not only tempted me with its aromas, but it also satisfied. Still very young, it’s a delicious entry for this newly released wine. Purchase now for the holidays. It will be great for Turkey or Christmas Day. It also really opened up after a couple of hours of breathing.

Ad Lib wines are imported by Middleton Family of Wines, a client of Diaz Communications. I will write about clients on occasion. We trust them, and their wines fit the profile of what we enjoy marketing. If the wines don’t work, it’s not a “go.” Had I had other samples, they would have been in this story. The promised samples for this story never materialized. I had these wines to taste, and they became slotted as Australia. I trust them, and they delivered. (Take the pun any way you see fit. It works.)