Who has the most indigenous grapes?

I once wrote that Portugal has more indigenous grape varieties than any other country in the world. At the time (June 17, 2010) I was entrenched in Portugal, its culture, its people, its wines. I then glimpsed that Italy also declared that it had more indigenous grape varieties, but I didn’t have the time to slow down long enough to research it. [My day job is researching and writing for clients, so my time is limited for big projects that aren’t client based.]

In a recent comment on that blog post, I got my update, and it’s worth sharing as it has historical relevance. This blog post link will also be placed on my Portuguese blog post as an UPDATE.

What follows is the best of what Jeronimo Rodriques and I have gathered. If you know of any empirical data that we’ve missed, we welcome your input to make this information even more true and correct. 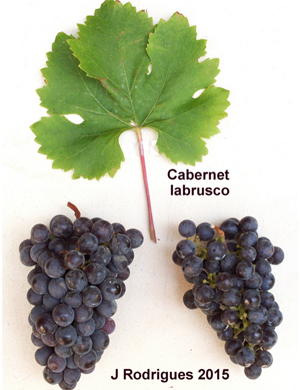 The original name that you have mentioned for the white grape variety Coda, seems correct. In Italy, the name Coda di Volpe means “tail of the fox”, and was given in reference to the grape variety’s long, pendulous bunches of grapes, which resemble a fox’s bushy tail. Just look-up [at] wine-searcher.com.

I would just like to add some comments on the subject of ‘Portugal has more indigenous grape varieties than any other country in the world’.

I would not totally agree with your statement about Portugal having more indigenous grape varieties than any country in the world. The main reason why I say this is that recently, it has been proved scientifically, via grapevine microsatellite DNA analysis (using what as known as Simple Sequence Repeats – or SSR), that there is a lot of synonymy (i.e. different names for the same grapevine variety) within the Vitis vinifera grapevines of the world.

So I’m inclined rather to name the 4 countries that most likely have within them, the most indigenous grape varieties OF the world. Those three countries are, in this order: Georgia (as highlighted by Ninelle), Italy (including Sicily) and then, maybe Portugal (including Madeira), followed by Spain.

My ancestry is actually Portuguese (parents originally from Madeira) and my hobby for the last 40 years has been the breeding of new red wine grape varieties. I have created a new ruby-red wine grape cultivar which I have called ‘Cabernet labrusco’, which is a deliberate cross between Cabernet sauvignon X Danugue noir. This new cultivar has been analysed using 19 SSR microsatellite markers, which has proven that the parentage of Cabernet labrusco is correct.

This new variety of grapevine has been created in South Africa, where I reside. Please take some time to visit my blog on this new variety at www.cabernetlabrusco.co.za.

For historical purposes, Jerry’s blog was launched in 2013.