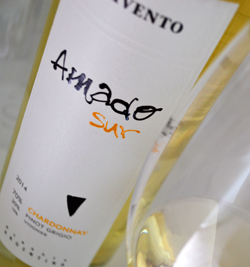 Dick Keenan’s Kick Ranch Get Together

As I was talking with Rick Baum, Dick Keenan’s designated consumer, I was thinking to myself, “I’m continually amazed at how easily I get along with lawyers.” That’s because, it’s in my DNA… So many forefathers, if only my parents had guided me, seen in me that my questioning of right and wrong all of the time, defending underdogs my whole life, all of the traits of a good trial attorney… And, there was attorney Rick, telling me about his tasting wine in an organized order, but now the bottles have been moved here, there, and everywhere… What to do? And I just got it all… How easily I get along with like minded people. (Don’t we all?) 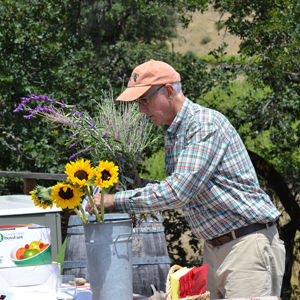 I met a bevy of like minded people at Dick’s vineyard this past Friday. I was invited to a special Sauvignon Blanc networking event at Kick Ranch, which also had a number of the wine professionals, whom Dick has professionally met through his ownership of Kick Ranch Vineyard. Located in Santa Rosa, Dick has also started two artisan wineries, first Carica and now Overland.

According to Dick Keenan:

One of the strengths of Kick Ranch has been our Sauvignon Blanc grapes, and I have been fortunate to grow for a terrific group of winemakers. 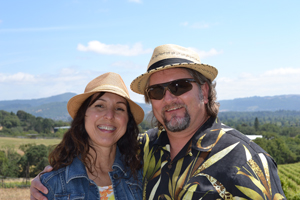 As a result, Kick Ranch hosted an informal California Sauvignon Blanc industry get together on Friday, May 22, to support a newly formed trade group promoting Sauvignon Blanc, called “Summertime in A Glass“. SIAG describes itself as “an advocacy and information group that seeks to promote, educate and entertain wine enthusiasts and the industry itself on the world of Sauvignon Blanc.” 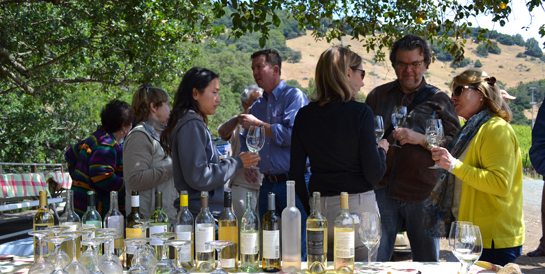 For me, it was another one of those aha moments… As I watched this gathering, I couldn’t help but think of the first formal single grape variety symposium, that Louis Foppiano asked me to create for him. I was his publicist for a few months, and he announced that he’d like a group of Petite Sirah growers and producers to get together. Louis didn’t realize at the time hat organizing people is what I do… from the first club I formed in my neighborhood as a kid. Following the PS one, ZAP gave it a go, Chardonnay is on its way, I also organized an Oregon Pinot Gris Symposium, and now a Sauvignon Blanc Symposium was just successfully held in Livermore. We’ve come a long way, baby.
[Bryan Dias with his wife Sylvia Thompson-Dias]

Just a few that I connected with for upcoming blog stories:

It all began by SIAG’S Executive Director Bryan Dias inviting winemakers, growers, winery staff, wine media, and others connected to the grape to attend a blind tasting and networking experience. This was a “meet and greet” event, with no formal presentations. Bryan shared some ideas generated at SIAG’s California Sauvignon Blanc Symposium, earlier in the week in Livermore. From there, it just took off, and each person listed above had new stories to tell that caught my immediate attention.

Dick Keenan invited the wineries buying Kick Ranch Sauvignon Blanc to attend (Apsara, Aril, Behrens, Cliff Lede, Delectus, Paul Hobbs, Sanglier and Shared Notes. This event was not exclusively limited, though, to Kick Ranch clients. As a result, a number of the new producer members of SIAG also attended and shared their wines. Dick poured his own Overland SB, of course.

More will follow on each person (listed in the bullet points)… For now, this was a wake-up call everyone how important varietal meetings are, and I miss putting them on. I stopped a few years ago, when we had had our Ninth Annual Petite Sirah Symposium at Concannon Vineyard.

I can now see some fresh new directions to take.