Preparing for Provence Through Wines and Genealogy

I need to go to Provence, and I’m preparing for it through wines and genealogy.

I can’t explain it… I just keep watching A Good Year over-and-over-and-over again. I want to go around the round-about in Bonnieux. I want to visit Château la Canorgue (Route du Pont Julien, 84480 Bonnieux). This is the winery in Luberon, where the movie was filmed. The Château is about a mile from Bonnieux. (BACK LABEL: These are the movie’s locations that Max, an investment expert, inherits from his Uncle Henry.) It’s only 31 minutes without traffic to the Château from town. I need to drive that via D36, to get from one place to another, and experience what I’ve been viewing from a camera’s interpretation for quite a while.

I want to live (for a time, even if it’s only a week) in France, just as my ancestors have done, since 800 BC.

Maine… Here I sit with a wine from the appellation Sèvre et Maine. I was born and then spent 40+ years living in the state of Maine in New England, on Lisbon Street. I’ve been to Lisbon, Portugal. Now France is calling me.

Meanwhile, I’ve traced my roots back to Karanos (Caranus), the first ruling king of the Argead Dynasty, the ruling dynasty of Macedonia from about 700 to 310 BC.  Karanos ruled from 808–778 BC. From that line came the following:

There are those who’ll wonder why is she bothering with all of this genealogy stuff. Well, some of us like history, especially if it’s connected to our own DNA. It becomes more fascinating. I wish, for instance, that I had paid more attention to Shakespeare’s Macbeth,  since Duncan, who was the actual young king at the time, was depicted as an elderly king in Macbeth. According to the story, Duncan was killed in his sleep by Macbeth. It would have meant more to me at the time, if I had known this.  Let’s just say, I would have been more curious, and read a whole lot more than the Cliff Notes. 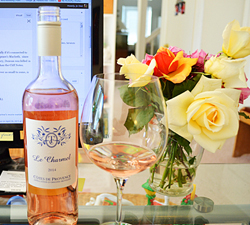 What I had yet to discover and just did, is that Maine (in France), is in the Loire Valley… A French connection, be it ever so small and distant to something, is huge to me right now.

Aromas of rose, not because I have some on my desk from my daughter Lyla’s garden; but, because this is the dominant bouquet of this wine… And, minerality. Crisp, clean and wholesome. Grapefruit on the palate, lingering citrus and rose hips. This wine is deserving of a spring party. It makes me want to order a tablecloth specifically to honor the feast. What a great finish that’s begging for food. Let’s see what my “In Julia’s Kitchen with Master Chefs” would offer for a matching food and wine pairing. I opened up the book to Rabbit with Mustard, Fava Beans, and Baby Onions. I would (personally) replace the rabbit with chicken. I just can’t eat bunnies… Just a personal preference, but B-I-N-G-O.

I can add the Rolle to my Wine Century Club list as my 149th variety that I’ve tasted of wine grapes. I’m now just 49 varieties away from my Doppel (second century) membership level. After the first 50 varieties tastings, it gets much more complicated. You have to travel the globe and taste history, instead of being stuck in front of comfort zone wines.

This wine received 20 percent cold skin maceration and 80 percent of it was direct pressed. The temperature was carefully controlled and monitored throughout its entire process, and maturation of the lees took place in stainless steel tanks… Keeping it rich, yet crisp and clean. A lot of great care was taken to bring this distinctive wine to you.

I could really get used to Provence, I really could. I’ll just have to brush up on my two years of high school French and make that trip of a lifetime. (I’m imagining the stories yet to be told!) 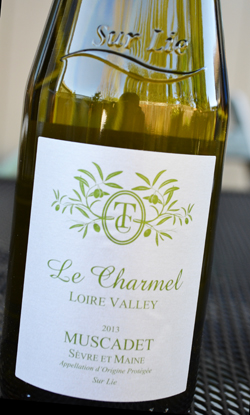 Here before me is a delicately delicious white wine from the Loire, a 2013 Le Charmel Muscadet. This wine’s main varietal lineage is Melon de Bourgogne. I’ve added Melon de Bourgogne to my list. I’m now at 150 varieties that I’ve tasted.

When I opened the bottle’s stelvin capsule to the 2013 Le Charmel Muscadet, marvelous minerality wafted in the air. When I read the tasting notes – after I had tasted the wine and taken all of my notes, I read the following: “… located in the Eastern part of the Loire Valley… the soil here ranges from granite and schist hillsides to some regions of clay and is rich in magnesium and potassium…” This immediately explained the minerality to me.

I poured the wine into a Burgundian glass. I like a big, bold opening on a glass. I wanted to bathe in this one. Citrus, like Meyer lemons and tart green apples. This wine is made for soft gooey cheese… I tasted it at room temperature, to get the most from the flavors. It’s a powerfully decadent and refined wine in tasting characters, due to having rested on its lees for several months. I’ve spent the last minute thinking about it, and it still continued to linger. I pulled out my “In Julia’s Kitchen with Master Chefs” to see what would work with this wine… Bingo: Troffie di Farina di Castagne Chestnut Pasta Sauced with Pesto, served with a Potato and Green Bean Garnish. This wine is so refreshing that I can just simply enjoy it as a sipping wine. A day in my garden, making everything perfect for those summer month… 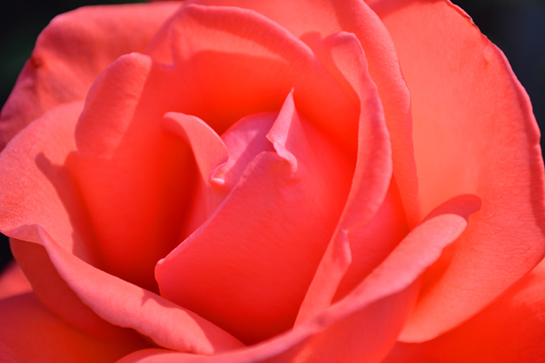 Life is good right now, with a touch of sweetness from Maine, France.

*These wines were sent to me by importer Winesellers, Ltd., of Niles Illinois. They are extremely affordable. The Rosé has a suggested retail value of $13, and the Muscadet is $12 a bottle. Stepping outside of your usual varieties will bring you great tasting pleasure and flavors, which will excite and delight your palate. These two wines are highly recommended to take you on that new, deliciously decadent journey.