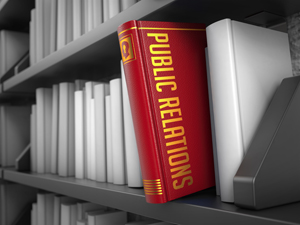 Media people get tired of us. While we’re the link to their samples, the less they have to do with us after the samples arrive, the better. From their list of complaints, I’ve compiled the do’s from their don’t, of the top 10 faux pas of wine PR people regarding sending them samples.

I fell into a Facebook stream, which began from a PR pro. He began the stream by asking people to stop doing what they’re doing, because they’re giving the “rest of us” a black eye. He didn’t specify what we’re doing, so many media people jumped in, with PR reps becoming the punching bag. I seem to be drawn in, when PR people are being trounced. (I can’t resist being a champion of ANY underdog, so it was natural for me to see what was going on.)

There were a couple of positive comments in the stream, and also the reminder about St. John’s rules from one PR pro; i.e., know the basics. The positives came from two wine writers that I greatly respect.  Here are their helpful comments.

As a blogger, when I get questions from people who have sent wine to me, I understand, because I have to walk in those shoes. So, I just politely give an answer. It only takes me a few minutes to do that. My thinking is that I ride both sides of the line. Being in PR has had me understanding both sides of the coin.

Simple solution to end media complaining about us

I wrote, “Just pay for your own wines. You’ll never be harassed again…” I had one person who liked what I wrote, but no one else commented on it. It was a thought that immediately occurred to me, but I don’t think it went over well. It wasn’t too PRed.