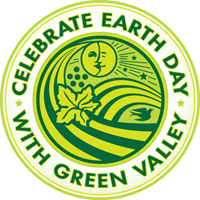 I am very excited to announce that our speaker for Celebrate Earth Day in Green Valley will be Kevin Jorgeson, who free climbed the 3,000-foot Dawn Wall of El Capitan, with climbing partner Tommy Caldwell, in January [2015].

This Earth Day event celebrates Green Valley of the Russian River Valley. Personally, I can’t imagine spending it anywhere else, in a perfect world.

Guest speakers are all highly acclaimed: