Lisboa ~ While visiting a monastery a play broke out 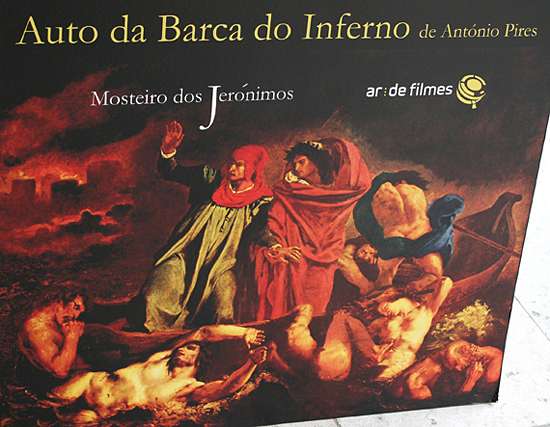 The culture of wine transcends what’s in the vineyard, in the wine cellar, and what’s in the glass. It takes all of that into account, and it also the people, the customs (including foods) and the arts. When I study wine, I immerse myself in every single aspect of it, most especially if I’m traveling. This story comes from a trip to Portugal, in this case, Lisboa, when I least expected to be attending a play as i was studying architecture.

The author is acknowledged as the Portuguese theater pioneer, and was a contemporary of King D. Manuel I. Vicente most certainly accompanied the initial phase of the monastery’s construction. (I have written about Manueline architecture. The Jerónimos Monastery is part of that period and is an example of this style of architecture.) 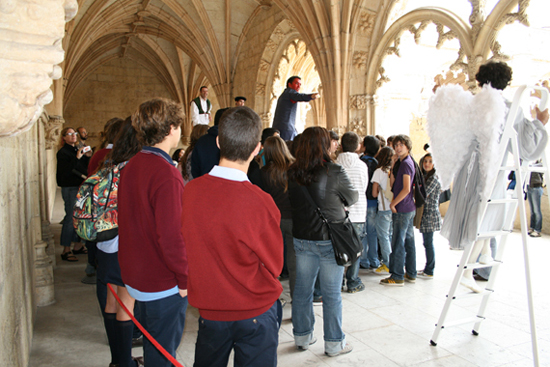 During my final day in Portugal, while visiting Enoforum Wines, Delfim Costa, Gwendolyn Allen, and I decided that it would be a great day to tour the Jerónimos Monastery. As we were standing in the central courtyard, we could hear a commotion above… voices floating high and low with guttural sounds. “What could it be,” I thought, as my earlier trip to the Monastery was quite peaceful and undisturbed by anything, save the black clouds of impending rain. 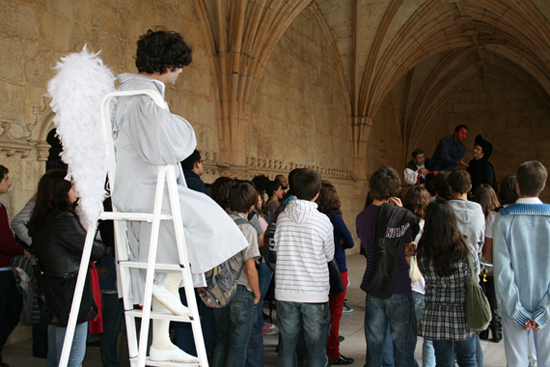 Something was afoot, but my curiosity hadn’t yet gotten the best of me. I can’t say the same for Gwendolyn, though… She had drifted upstairs, drawn to the voices like a moth to a flame.

By the time I arrived upstairs onto the balcony, Gwendolyn was already there, totally absorbed. I began to take it all in. A sign explained the event as being for 9th grade students, and was the responsibility of the production company for theatre and cinema Ar de Filmes, in cooperation with the Educational Service of the Jerónimos Monastery. 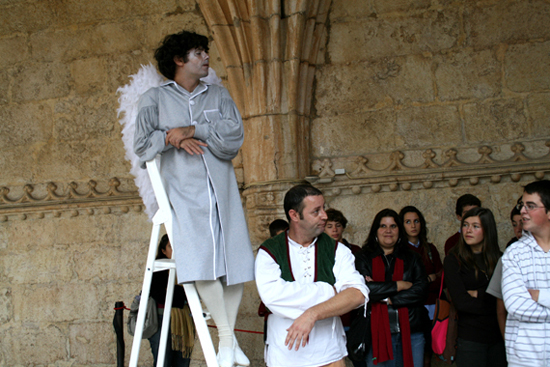 It was a brilliant production, in that it had no real staging. The area where it was happening was the stage, and the students were part of the production as observers in the midst of the performance. In other words, they were the heavenly audience, and being requested, nay it was incumbent upon them to also live in judgment for what they were hearing as excuses for why heaven belonged to the players’ souls. 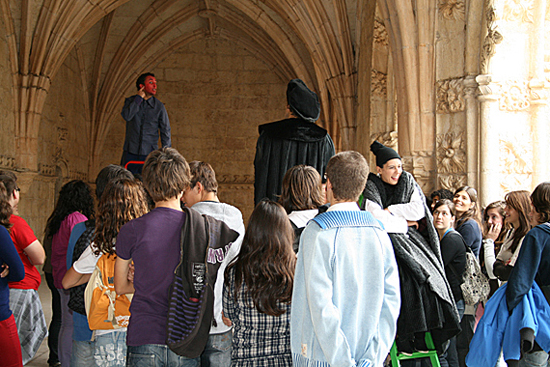 In this production, observers watch what happens to the characters in the after death moment: “They arrive to a pier, where tow boats await; one of them goes to Heaven, the other goes to Hell.” All of the characters in this play assume they deserve to go to heaven, but those who are really saved are very few. 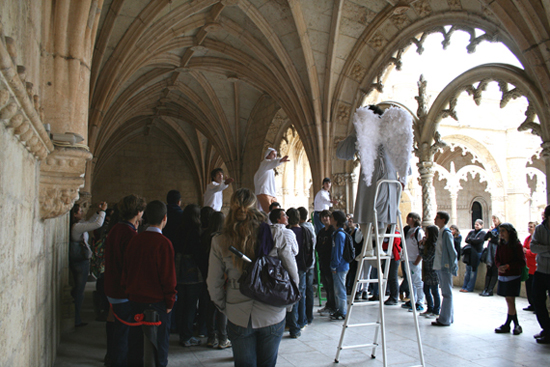 There are 15 characters in this play; each one representing a social type, and it’s their behavior during their worldly life that will determine their final destiny.

As a cultural event, this was a perfect way to end a 10-day journey, where a foreign land, its people, art, culture, history, foods and wines all came together as one concept that would need a lot of reflection for writing in future segments. This one was an important ingredient in our time of discovery for these Portuguese wines from Enoforum, understanding it’s people first and foremost.

In all of my wine education for the last 17 years, nothing can rival this particular Portuguese wine education that the universe has bestowed upon me. It was an enriching opportunity of a lifetime that lingers every day of my life now.