The emotional intelligence of wine blogging and its vitriol eruption 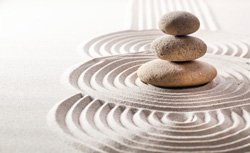 OPINION: Recently, poop finally hit the fan for the wine blogging community. Everything that’s right with it and everything that’s wrong with it collided in the biggest mess I’ve yet to witness. I believe it’s finally hit a paradigm shift that’s been so needed, but not without its pain and suffering.

Imagine creating a wine blog because you’re very passionate about wine, and then going off on a bitter tangent, because one of the iconic figures within the wine blogging community had a great idea… But then, no good deed goes unpunished, right?

It also reminds me of how some of the new citizen wine bloggers, as they’ve evolved to calling themselves, have also gone after Robert Parker as being inconsequential. Nothing could be further from the truth, as anyone within the wine business could – and have tried – to tell them. But still, there’s an element of playing king of the mountain, when one isn’t the king. It’s a very basic instinct, as any mountain goat or lion could tell you, if they could only talk; but they’re lacking the cognitive, psychological skill of vocalizing.

Did it really have to happen this way? Yes, because not everyone is emotionally mature enough yet (me more than anyone, I’m in the mix, too, I know). If we were, there would be no further need for Earth School; i.e., we’d all be peacefully settled in heaven, as this lower education would have graduated everyone, and we’d be getting on with more delightful stuff.

Earth School lesson Number 1, “If you don’t have anything nice to say, don’t make it public in writing.”

I’m still not immune from having feelings of being wronged.. Sometimes someone will tick me off so badly that I might say something about it privately.

The difference in what I say privately to my life partner and what we say publicly about someone else, if it’s not all true is called libel.

Since the beginning of wine blogging, at the very first Wine Bloggers Conference (and why I don’t attend the one in the United States anymore), one person said to me, “I hate ____.” I thought, “Wow, are we back in high school? You don’t even know him; yet, you’ve thrown out someone of consequence.” I was speechless. The most interesting part of that one was that it came from an attorney’s mouth. When I recently read some libelous thoughts about a fellow wine blogger they were just very sad to read.

I’ve also seen it written, after this year’s Wine Blogger’s Conference, that there were those who pretty much hated one panel. Rather than taking what the panel was structured to offer of critiquing writing (by some of the best, most respected wine writers of today), their take away was that it was delivered by “old, white, men.” It was like misguided sparks flying all over the place willynilly, instead of what was intended; i.e., grooming the next generation of well respected wine writers. Talk about growing pains.

This name calling was the same type of discrimination, for which I was corrected by my adoring husband, who only wants the best for me.

I have to admit, as I’ve watched the Right Wing stalemate anything the Left Wing is trying to push through Congress, it’s very frustrating to watch humanity’s growth become stymied. I used to fly off at the mouth, calling them “old, white men.” So, I got where this group was coming from, using this name calling. I, too, had done it. My similar name calling was primarily about a group that’s blocking forward governmental movements. But, I haven’t publicly said to the accusers of the panel that I didn’t agree with their estimation of “old, white men.”

I’m thankful that husband rightfully and respectfully disagreed with me about my own, “old, white men” logic. He pointed out that it’s not about “old, white men.” It’s about Right Wing extremists. So, I’ve stopped using the “old…” phrase, because it is discrimination; where, right wing extremism is factual, so it’s not libel. It can be, and is, proven every day in public outrage.

If these bloggers had been more articulate and simply said, “No thank you, guys, for the grade you’ve given to us; we have philosophical differences,” no one would have been hurt in the process. Many people were hurt in that process, though.

If those critical had instead said, “we don’t give a rat’s patuty about grammar and punctuation” … and hey, you might as well have thrown in spelling while you were at it, because these are the three differences that separate the (wo)men from the girls/boys in great writing… no one’s feelings would have been hurt in the process. But, many were, not only for the people being accused, but there were also hurt feelings felt by those of us who care for these important wine writers.

It’s with my utmost, heartfelt wishes that we’ve crossed over to the other side of why we all began blogging; i.e., to write about wine and why we love it; not about who we don’t like in wine, and why we don’t like that person. I wish everyone could just grew a bit, because I’m still reeling from the recent growing pains that had to happen on all sides of the fence.