Get On Up: James Brown moment + a lifetime memory + a befitting wine 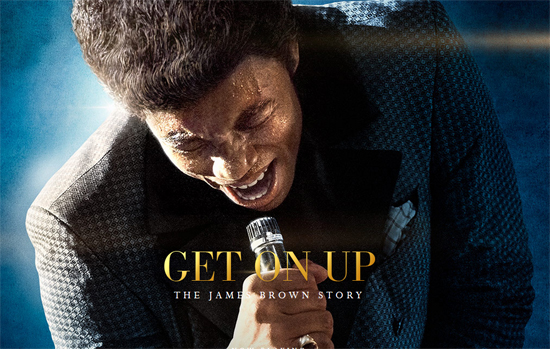 Get On Up… What a chant…

It’s no secret that I have a rock n’ roll background, long before I moved to California and segued into wine. Our friend Corinne Reichel of Respite Wines just asked us, before seeing the movie  Get On Up, “Did you ever meet James Brown?” Ask about most rock and roll artists, and the answer is a probable “yes.” Jose said, “No, but Jo’s got a good story.” So, I told it to her.

In the 1980s, we were at the annual New Music Seminar in New York City. It was being held in the Marriott Marquis, which had just opened, but not even their theatre was completed yet… So, it was very, very new. As Jose and I were headed out of the building, having just gone down the escalator from the second floor, we were waiting for the revolving door to stop revolving as people were flooding into the lobby. The last person to come through the door left me looking dumbfounded, right into the person’s face.  James Brown swept right into the building… right in front of me by a couple of feet. I must have had that look on my face of, “Oh my gawd… James Brown.”

But, I didn’t say anything, because I was far from star struck, being on the inside of that business. He was just another performer, but it was the unexpectedness of it being James Brown and that talent I did respect. It was just a shocking realization that I recognized the person just standing in front of me, who was someone larger than life.

He looked at me, shot that affable smile, and then grunted, “Huh!” right at me.

“Based on the incredible life story of the Godfather of Soul, the film will give a fearless look inside the music, moves and moods of James Brown, taking audiences on the journey from his impoverished childhood to his evolution into one of the most influential figures of the 20th century.”

Corinne had suggested the movie to us, which was playing in Sebastopol at the Rialto. Leave it to Corrine to turn me onto yet somewhere else new, in this case, the Rialto.. She was the third women in a string of talented wine women at Belvedere Winery to understand my potential, and let me get busy.

It was a golden period, and to this very day Corinne still offers so much opportunity to me and my family. People like Corinne are really hard to find in life. She just came into mine; so, when she asked if Jose and I’d like to go see a movie with her, I made myself get out of my own way. I said, “Yes.” (My house flood is really hard to push past right now, until it’s completely rebuilt… gaping ceiling holes in my office, raw floor boards, etc. It’s easy to get sucked into nothingness, and it’s almost two months to the day of the disaster.)

When Corinne came into my life, she talked about her Reichel Vineyards in Alexander Valley. The family was, and still is, farming it.

Our 20 acre south-facing vineyard is located northeast of Cloverdale in the Alexander Valley Appellation from 2,300′ to 2,500′ in elevation. It is owned by Corinne and Charles Reichel and is part of a 400 acre ranch that was originally purchased in 1948 by Corinne’s grandfather.

Like a myriad of growers before them, they just had to get their grapes made into a wine… And they pulled out of the stops, when they hired Denis and May-Britt Malbec.

Having been born and raised at Latour, Denis has deep viticultural and wine making roots with Château Latour of Pauillac.
May-Britt is a European Master Sommelier, who has won the Prince Henri-Melchior de Polignac award, for best sommelier in the Nordic countries.

This is how you make a wine that has a lot of soul, by hiring a king of Bordeaux’s winemaking royalty… 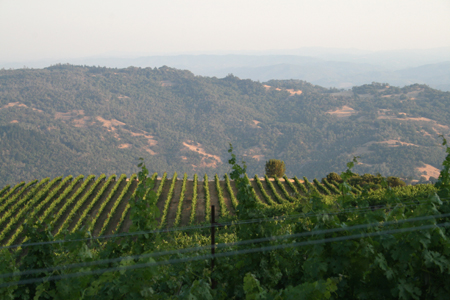